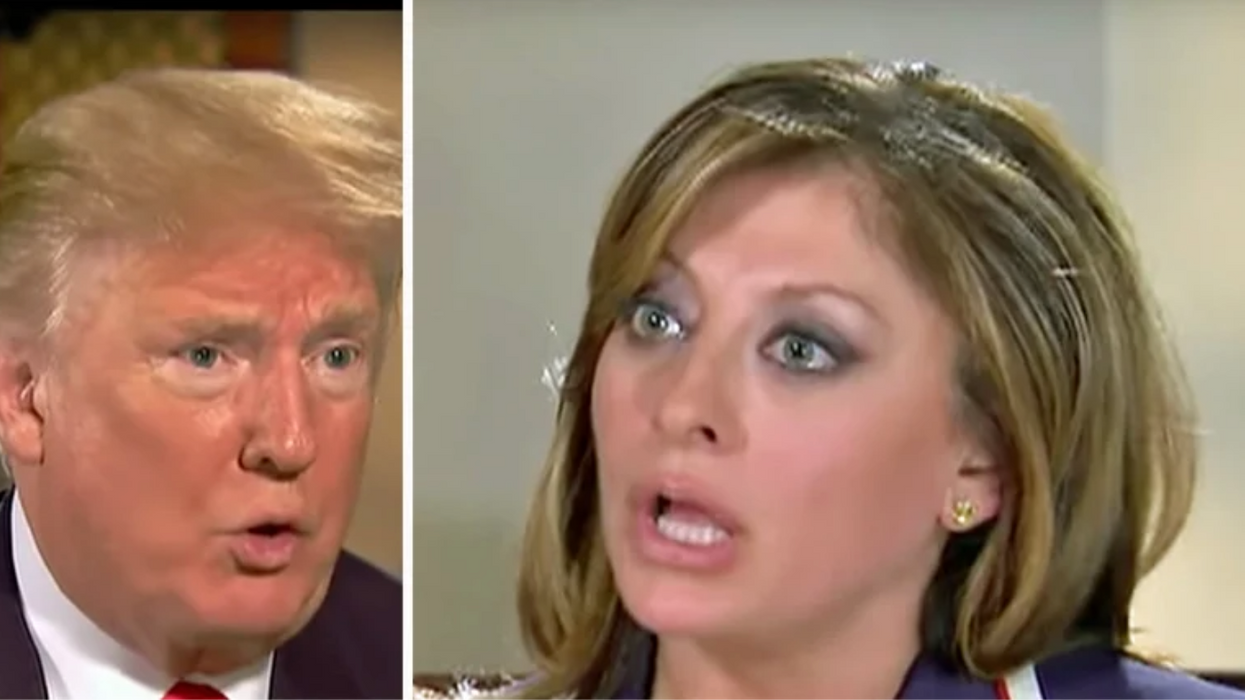 As enraged as President Donald Trump is with Fox News for calling Arizona for President-elect Joe Biden on Election Day, he isn't avoiding the right-wing cable news outlet altogether. Trump, in fact, was interviewed by Fox News' Maria Bartiromo on Sunday morning, November 29, using her show to voice his unfounded claims of widespread election fraud. And conservative CNN pundit Amanda Carpenter, later that morning, was vehemently critical of Bartiromo for not challenging Trump's nonsense.

Trump, calling into Bartiromo's show for his first full post-election interview, insisted that the election was "rigged" and that he was the victim of widespread election fraud in key battleground states. Bartiromo, during the interview, told the outgoing president, "The facts are on your side."

Carpenter, who served as communications director for Sen. Ted Cruz but has been an outspoken Never Trumper, discussed that interview during a Sunday morning appearance on CNN's "Reliable Sources" — and she made it clear how badly she thinks Bartiromo debased herself.

Carpenter told "Reliable Sources" host Brian Stelter, "This was not hardball. It wasn't even softball. It was t-ball."

The conservative pundit lamented that while Bartiromo was once a respected financial journalist, she is nothing more than a "propagandist" now. CNN's Oliver Darcy, who Stelter also featured as a guest during that "Reliable Sources" segment, agreed with Carpenter and even compared Bartiromo to far-right "Infowars" host and conspiracy theorist Alex Jones.

Let’s be clear. Maria Bartiromo is not interviewing the President rn. She is providing him a free platform to feed… https://t.co/5dwtkdC3xu
— Amanda Carpenter (@Amanda Carpenter)1606663691.0

Watching Maria is like watching an infomercial. “Can you tell me more about how, how this blender could really make… https://t.co/uS5Vj3eals
— Amanda Carpenter (@Amanda Carpenter)1606664275.0

Carpenter, however, stressed that Bartiromo isn't the only one on the right who gives Trump a platform to voice debunked conspiracy theories about the election.

"The people surrounding Trump don't love him," Carpenter told Stelter. "They fear him….. They live in fear of him."

Carpenter also slammed Bartiromo in an article published by the conservative website The Bulwark on November 30, writing, "Fox News' Maria Bartiromo did her best to heave life into Trump's dead 2020 prospects in his first post-election interview on Sunday. The Trump campaign has lost dozens of court cases contesting the election, yet she told Trump, 'The facts are on your side.' Without any evidence, she claimed, 'This is disgusting, and we cannot allow America's election to be corrupted.' In the age of Trump, the former money honey has turned into a propaganda princess."