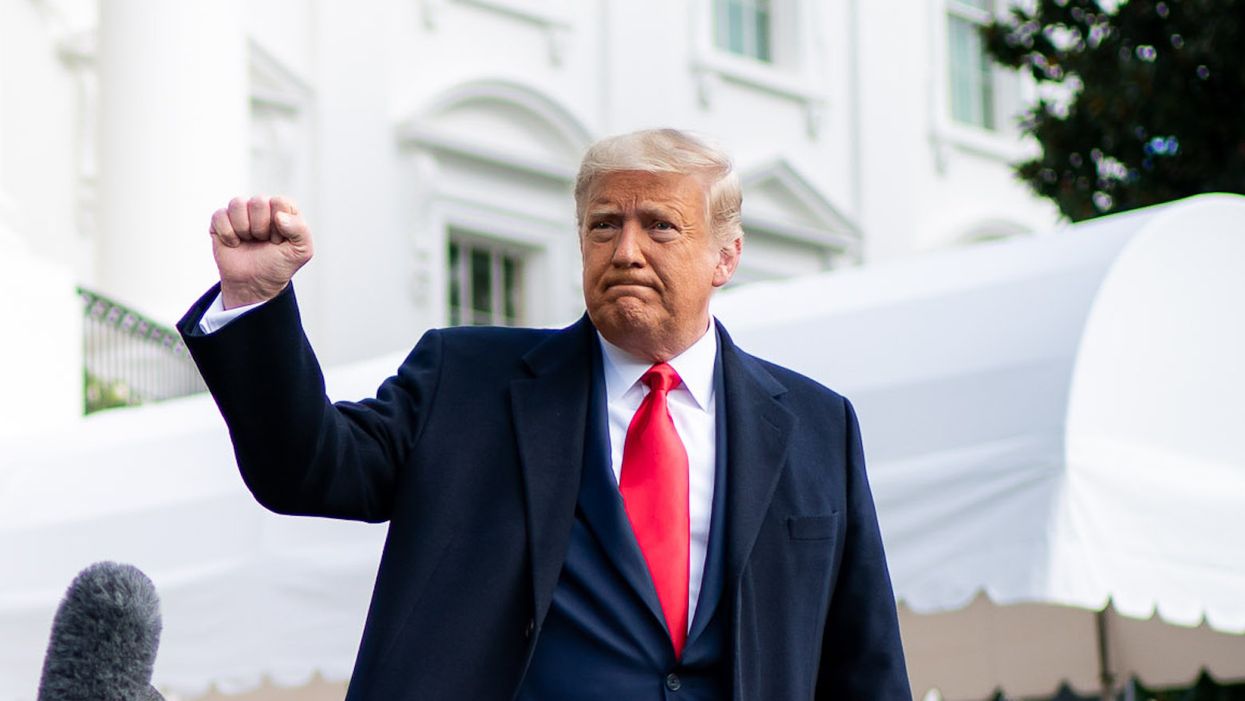 Meaghan Ellis
Trump campaign continues fundraising with no path to victory. Where will the money go?
Meaghan Ellis
November 28, 2020

As President Donald Trump leaves office in January 2021, he could be faced with a barrage of criminal investigations into his personal and business finances. But could Trump avoid the possibility of jail time by using his presidential powers before leaving office? There are debates about how that could play out. Although it would be a relatively bizarre occurrence, it is no secret that strange things have happened in the world of Trumpism.

According to Newsweek, there is growing speculation about Trump possibly pardoning himself before leaving office. However, the seemingly rare occurrence has inspired many debates because many are wondering if the president has the power to self-pardon. Since no precedent exists, the possibility has become a fascinating legal discussion. There are also questions about whether or not a self-pardon could be overturned. Does it signal an admission of guilt?

CNN political commentator S.E. Cupp discussed the matter during a segment that aired on Thursday. She suggested that maybe it is time to consider possible changes to the laws surrounding presidential pardoning powers. She also mulled over how it would look if Trump were to pardon himself.

"If the president has designs on running again for president, this would certainly imperil that, and I would think encourage other justice departments to really look at what he had done while in office if he is tacitly admitting he needed to be pardoned for stuff," Cupp said.

"I'm not sure this is constitutional or legal, but it seems pretty clear it would be inadvisable for him to do that."

Asha Rangappa, a lawyer and senior lecturer at Yale University's Jackson Institute for Global Affairs who also serves as a CNN commentator, also weighed in with a similar stance. She noted how "risky" a self-pardon could be for Trump as she noted that the future Department of Justice should consider challenging that particular action if the outgoing president chooses to do so.

She said, "I think that it would be incumbent on a future Department of Justice to try to challenge that, because you don't want that to be the precedent, or at least you want the Supreme Court to clarify the bounds of this."

Although Trump has not alluded to making this decision yet, there was speculation he would pardon former national security advisor Michael Flynn—and, he did.