Lawrence Tribe calls Ken Starr a liar to his face: ‘It’s nothing like Bush v. Gore’ 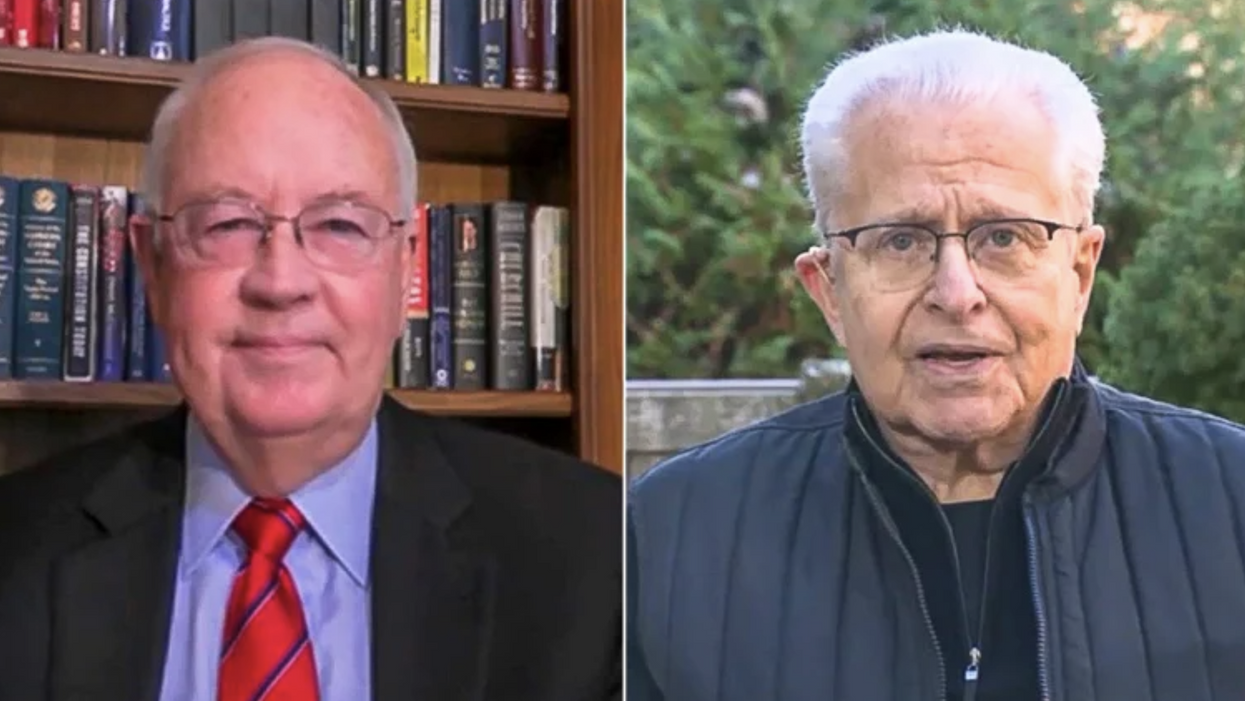 Harvard law professor Lawrence Tribe called out conservative attorney Ken Starr on Sunday over his claim that the 2020 presidential election is similar to the contested 2000 election.

During an interview on Fox News, Tribe observed that President Donald Trump is "undermining democracy" by claiming widespread election fraud without evidence.

"What we've just heard from the distinguished Professor Tribe I think gives new meaning to rhetorical hyperbole," he complained. "In the United States, we allow the jury to hear all of the evidence, and that's what's happening right now."

Starr went on to compare the Trump campaign's election lawsuits to the controversial Bush v. Gore Supreme Court case, which handed the presidency to the Republican candidate.

"It's important, especially given the fact that so many tens of Americans feel right now disenfranchised," Starr said. "So let's get the facts in, allow this litigation to run its course, just as in Bush v. Gore, it ran for 37 days."

"He says let the jury speak. The jury of an unprecedented magnitude — 160 million Americans — has spoken," he continued. "You can file lawsuits until the cows come home and there's no end to it, but it's nothing like Bush v. Gore."

Tribe added: "When the U.S. Supreme Court [in 2000] said it's time to stop the recounting in accord with the law of Florida, I didn't agree with that number but that at least was a legal judgment. What's being asked for now is simply to undermine the belief of tens of millions of people."