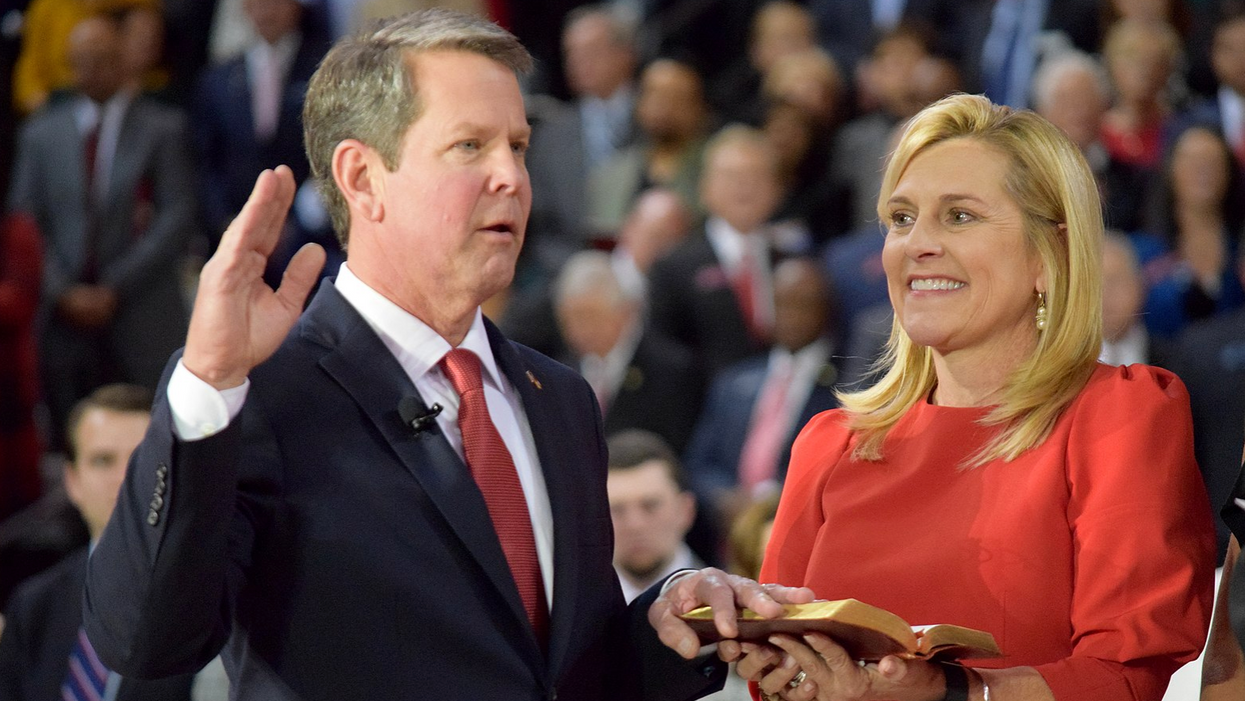 The Atlanta Journal-Constitution reports that Kemp's office responded to Trump on Monday and told him that the governor would not break the law to help him overturn the already-certified Georgia election results.

In particular, Kemp's office took issue with Trump's demand that he overrule Georgia Secretary of State Brad Raffensberger to conduct a signature-match audit of ballots, despite the fact that voters' signatures were only used on the envelopes used to send in ballots, not the ballots themselves.

"Georgia law prohibits the governor from interfering in elections," said Kemp spokesman Cody Hall. "The Secretary of State, who is an elected constitutional officer, has oversight over elections that cannot be overridden by executive order."

Hall then insisted that Kemp would continue to follow the law and would not actively try to overturn the election results for the president.

"As the governor has said repeatedly, he will continue to follow the law and encourage the Secretary of State to take reasonable steps — including a sample audit of signatures — to restore trust and address serious issues that have been raised," he said.