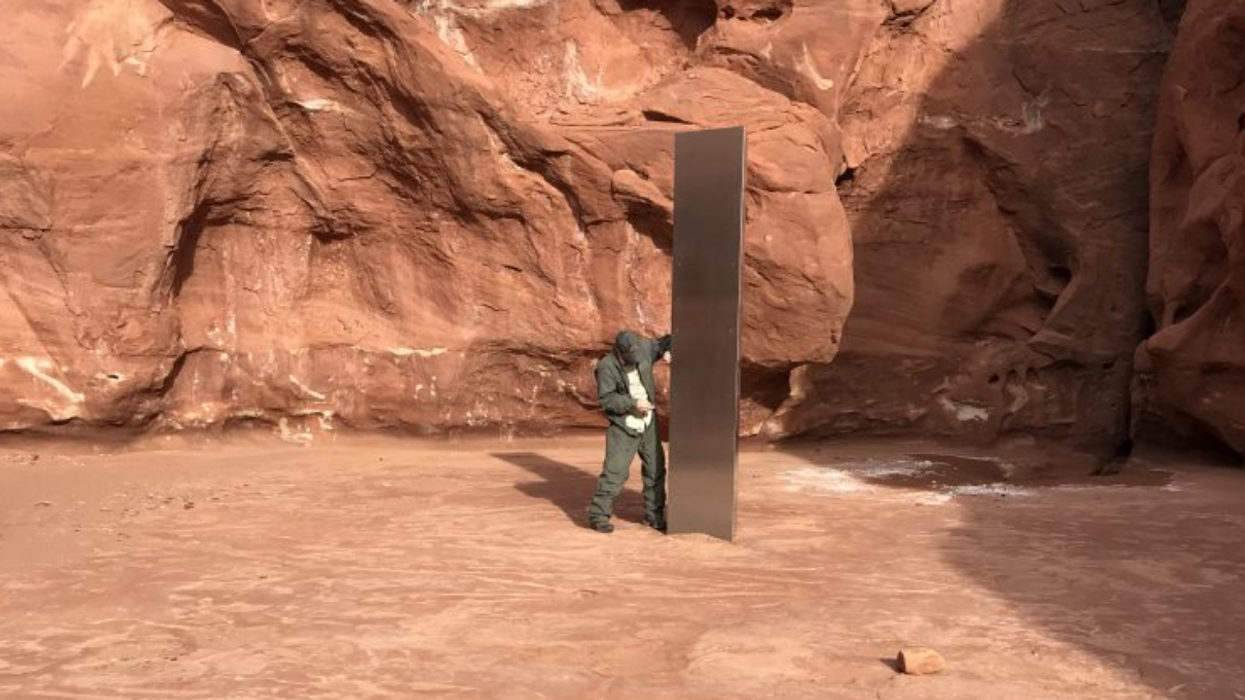 Officers from the Utah Department of Public Safety have discovered a shiny monolith in Utah's Red Rock Country, a rural area known for its hiking trails.

On November 18, officers were in the area surveying big horn sheep but noticed the shiny metallic object. The helicopter crew said it is unclear who may have placed the object there and there is currently no way to determine how long it has been there. Photos and footage of the monolith have been uploaded to the Utah agency's website. Based on their investigative findings, the object stands approximately 11 to 12 feet high and appears to have three sides.

The object was reportedly situated at the bottom of a red rock cove and appeared difficult to reach even by aircraft. However, the agency has confirmed that the exact location has not been disclosed due to safety concerns for those who may attempt to come and view it.

"The exact location of the installation is not being disclosed since it is in a very remote area and if individuals were to attempt to visit the area, there is a significant possibility they may become stranded and require rescue," the agency said in a statement published online.

The object has been compared to "the black monolith in Stanley Kubrick's 1968 film 2001: A Space Odyssey," according to Gizmodo. Helicopter pilot Bret Hutchings spoke with local news outlet KSL-TV about the mysterious object as he shared his reaction to the startling find.

"One of the biologists is the one who spotted it and we just happened to fly directly over the top of it," Hutchings said. "He was like, 'Whoa, whoa, whoa, turn around, turn around!' And I was like, 'what.' And he's like, 'There's this thing back there – we've got to go look at it!'"

He added, "We were, like, thinking is this something NASA stuck up there or something? Are they bouncing satellites off it or something?"

The Federal Bureau of Land Management is investigating.