‘This is a serious matter’: DOJ probe of Barr’s client was halted a week after his AG nomination 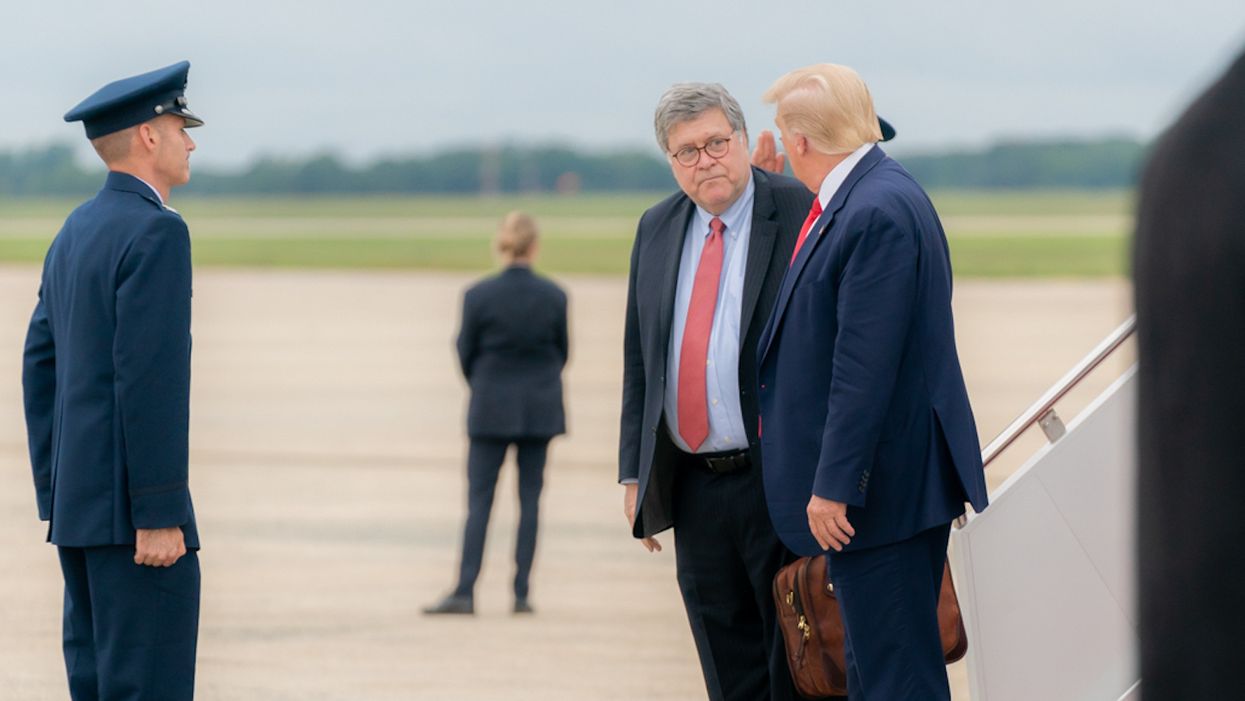 Before President Donald Trump nominated him for U.S. attorney general in late 2018, William Barr represented clients in the private sector — and one of them was Caterpillar Inc., which had been facing a federal criminal investigation by the U.S. Department of Justice. Reuters is now reporting that the DOJ probe of Caterpillar was put on hold indefinitely after Barr's nomination. As reporter Colin Kalmbacher explains in Law & Crime, the DOJ's Caterpillar investigation was "quietly stalled but not quite killed" only a week after Trump nominated Barr to head the DOJ a second time.

Barr previously served as U.S. attorney general under President George H.W. Bush in the early 1990s. The Republican later represented private-sector clients, and Caterpillar was one of the largest.

Reuters reports that "much was at stake for Caterpillar" in the DOJ's investigation. According to Reuters, "Since 2018, the Internal Revenue Service has been demanding $2.3 billion in payments from the company in connection with the tax matters under criminal investigation. The company is contesting that finding."

A week after Trump nominated Barr, Reuters reports, the DOJ investigators who were handling the Caterpillar probe were told to take "no further action" in the case. In an e-mail that Reuters has obtained a copy of, Jason LeBeau — one of the agents on the case — wrote, "I was instructed on December 13, 2018 that the Tax Division and the Office of the Deputy Attorney General jointly came to the decision that no further action was to be taken on the matter until further notice."

Reuters requested interviews from LeBeau as well as the IRS and Rod Rosenstein, who was deputy attorney general in late 2018. But all of them either declined to be interviewed or did not respond to Reuters' request.

This is a serious matter. Given the timing of this unusual decision, made just a week after Barr was nominated to… https://t.co/NPYmlm5FWq
— Renato Mariotti (@Renato Mariotti)1605729783.0

In 2017, Caterpillar's offices in Illinois were raided by three federal law enforcement agencies — and two weeks after that raid, Kalmbacher notes in Law & Crime, Barr "was announced as counsel for the beleaguered company." Caterpillar CEO Jim Umpleby said that Barr would "take a fresh look at Caterpillar's disputes with the government, get all the facts, and then help us bring these matters to proper resolution based on the merits."

Kalmbacher stresses, "To be clear, the investigation is technically still open but is effectively inactive." And the Law & Crime reporter quotes an "anonymous source close to the Central District of Illinois" as saying of the DOJ's Caterpillar probe, "It's slowed, it's stalled, it's languishing. Not a lot of action is being taken.