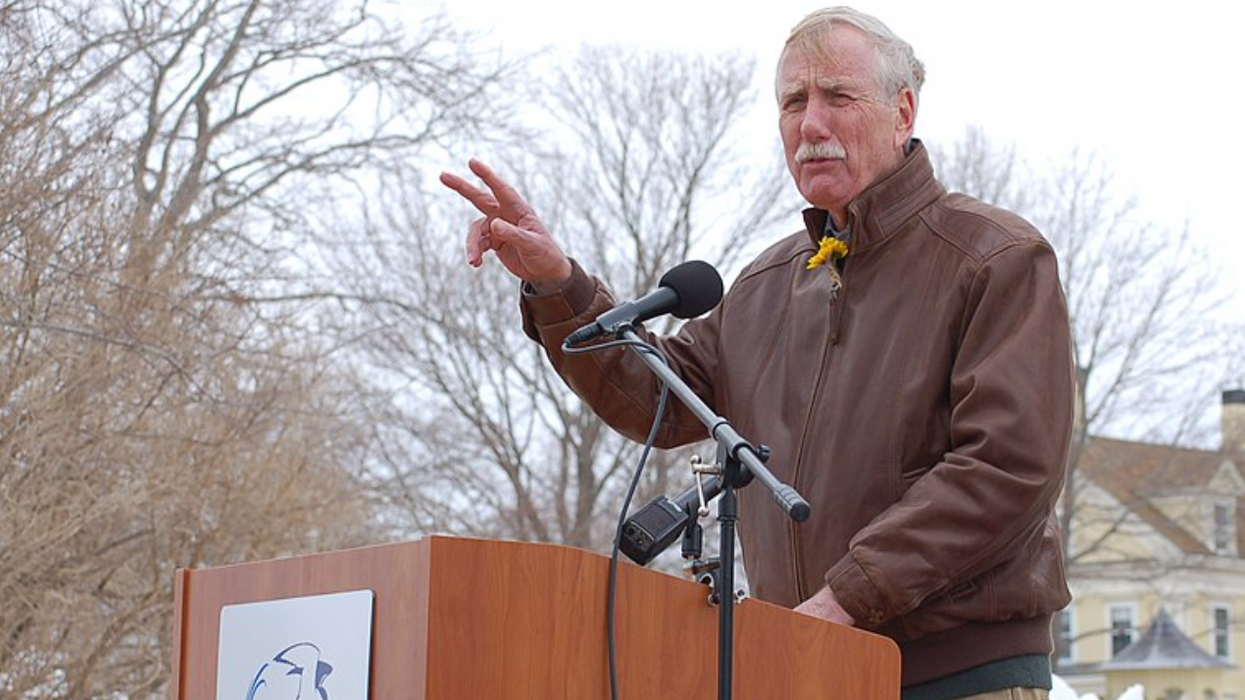 Trump opted to fire Krebs just two days after he pushed back against the president's claims of widespread voter fraud. Krebs made it clear that the election was likely the "most secure in American history." The president claims he fired Krebs because the statement was "highly inaccurate," or rather, it did not align with his perspective on the election outcome.

Now, King has weighed in with his take on Trump's behavior. On Tuesday, he expressed concern about the president's actions and how his handling of the post-election period could ultimately be damaging for "all Americans." By firing Krebs, Trump subsequently created a vulnerability within the Cybersecurity and Infrastructure Security Agency.

"By firing Mr. Krebs for simply doing his job, President Trump is inflicting severe damage on all Americans – who rely on CISA's defenses, even if they don't know it," King said.

Becker tweeted, "Please don't retweet wild and baseless claims about voting machines, even if they're made by the president. These fantasies have been debunked many times, including by [DHSgov] [CISAgov] on this excellent site/resource, Rumor Control."

Please don't retweet wild and baseless claims about voting machines, even if they're made by the president. These f… https://t.co/Z1Wa1euIT2
— David Becker (@David Becker)1605216951.0

Krebs also urged the American public to disregard "wild and baseless claims...even if they're made by the president." After Trump announced Krebs' departure, the former CISA director took to Twitter with a response. He tweeted, "Honored to serve. We did it right. Defend Today, Secure Tomorrow. #Protect2020"

With the actions Trump has taken over the last two weeks firing multiple top officials, there is speculation more officials could be fired in the coming weeks.