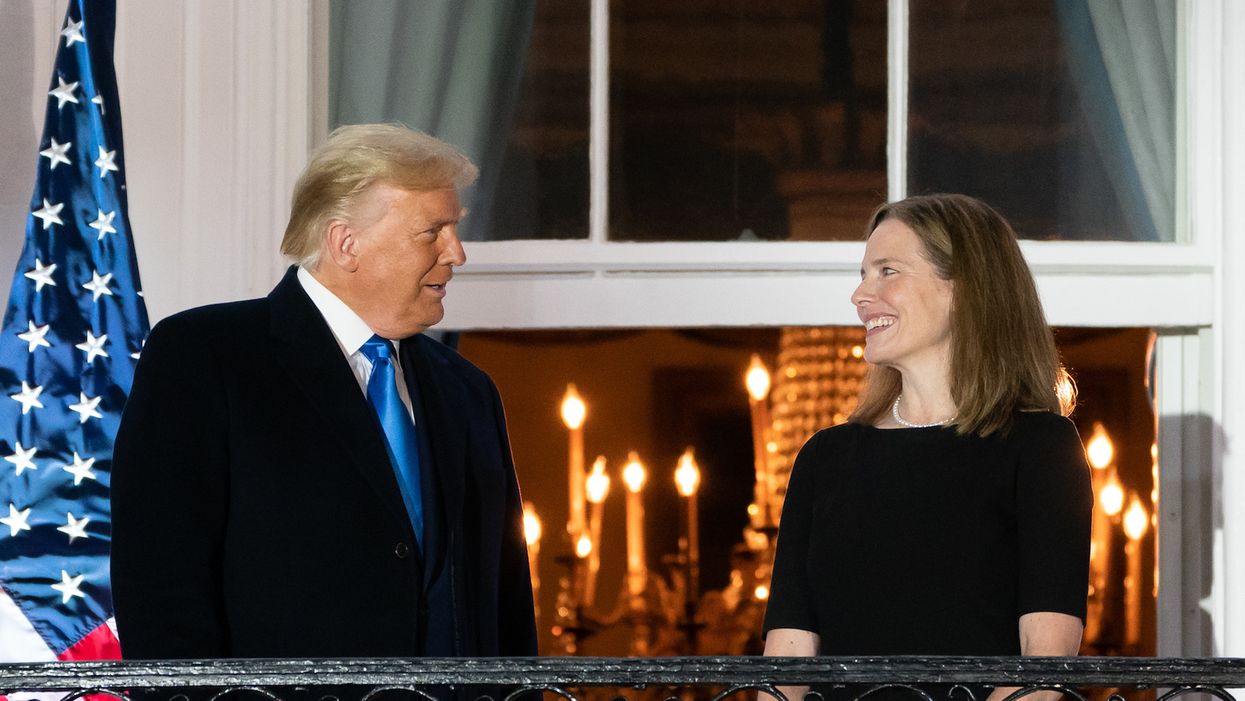 On Friday night, September 18, Senate Majority Leader Mitch McConnell learned that liberal Supreme Court Justice Ruth Bader Ginsburg had died of cancer at the age of 87. And according to PBS' "Frontline," McConnell contacted President Donald Trump that very night and made it clear he wanted to see Judge Amy Coney Barrett nominated for the seat and confirmed by the U.S. Senate as quickly as possible.

That quote is from the PBS documentary, "Supreme Revenge: Battle for the Court," which premieres this week.

PBS' Patrice Taddonio notes that McConnell's response to Ginsburg's death was totally different from his response to Justice Antonin Scalia's death in 2016. Scalia, a far-right Ronald Reagan appointee, died eight months before that year's presidential election — and McConnell wouldn't even consider President Barack Obama's nominee, Judge Merrick Garland. McConnell argued that it was unfair to nominate Garland that close to a presidential election, but he had no problem with Trump nominating Barrett in September.

Taddonio explains, "As sources recount in the documentary, charges of hypocrisy did not deter McConnell. In the aftermath of Ginsburg's death, McConnell's political maneuvering went according to his plan — with Barrett's speedy confirmation days before the 2020 election serving as a crowning achievement in a hard-fought, decades-long effort to tilt the ideology of the nation's highest court to the right."

Associated Press reporter Darlene Superville, one of the interviewees for the documentary, told PBS, "What it meant for Sen. McConnell was to cement a conservative majority on the U.S. Supreme Court. It's something that McConnell has longed for, dreamed about, worked for during his entire career in the Senate."

"Supreme Revenge: Battle for the Court" not only deals with recent Supreme Court history, but goes back to the 1980s — when Reagan was president and his nomination of Robert Bork was derailed.

Taddonio notes that the documentary "traces how a 30-year-old grievance — starting with the bruising and failed confirmation hearing of President Reagan's Supreme Court nominee Robert Bork, presided over by Joe Biden (D-Del.), at that time the head of the Senate Judiciary Committee — sparked a vow from then-freshman Sen. McConnell to retaliate. The documentary goes on to track how McConnell made good on that promise in the years to come and how he eventually secured a 6-3 conservative Supreme Court majority that could shape American life and policy for a generation."