A 2000 election repeat? Al Gore explains why this election is a completely different animal 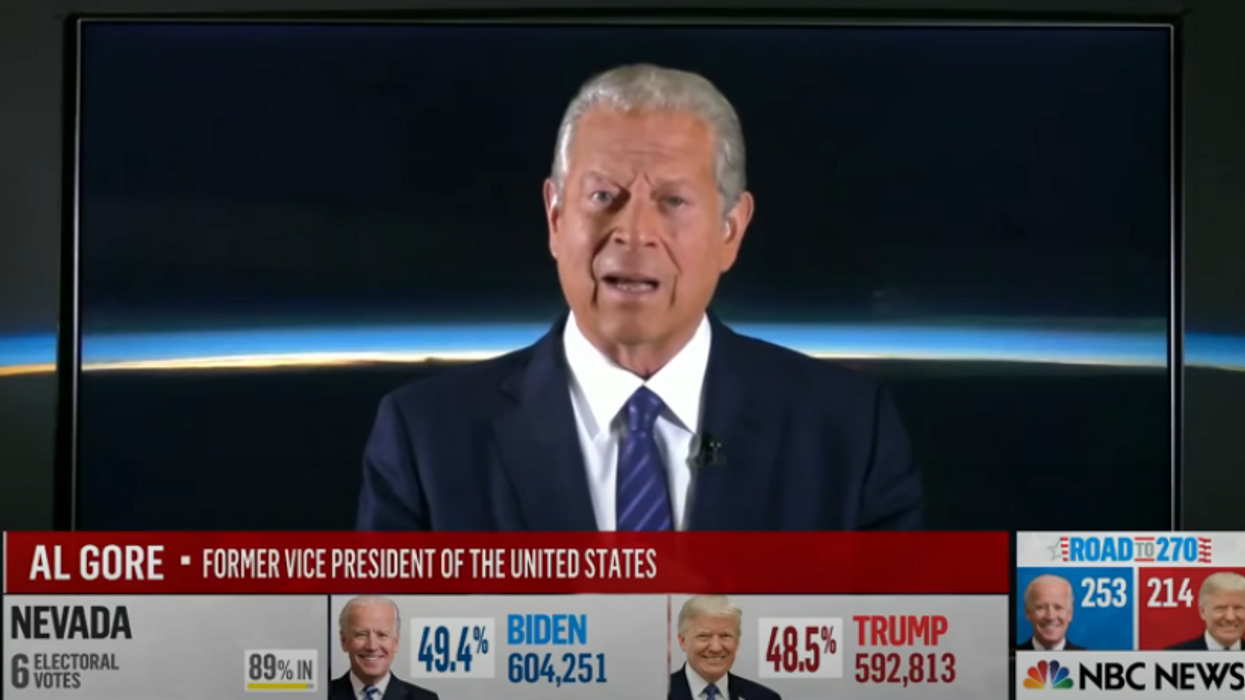 During an appearance on NBC News, Gore highlighted differences between his presidential run in 2000 compared to this election as he stressed the importance of the very principle he also fought to defend: making sure every vote is counted. According to Gore, Biden has "multiple pathways" to victory which increases the likelihood of him taking the White House.,

"This is a completely different election from the one 20 years ago. Joe Biden has multiple pathways to secure his victory. And of course, I'm for him and I'm hoping that will be the case very soon," Gore told the publication on Thursday evening. "But the most important principle that I defended 20 years ago, that Joe Biden and many others are defending tonight is, let's count every legally cast vote and obey the will of the American people.

Gore went on to share his reaction voters' determination to cast their ballots for this election. The former vice president commended the American public for fighting to make their voices heard despite excessively long lines at the poll locations in cities across the country.

He continued, "You know, I looked at the people standing in line to vote in the middle of a pandemic. Some of them waiting in line 10, 11 hours in some cases. And the determination of the American people in spite of the, what they were facing, to have the largest turnout in the entire history of our country, they're heroes and they're redeeming the promise of America."

Gore also slammed Trump for his repeated attempts to undermine the country's election systems with no substantial evidence of voter fraud.

He offered Trump a few words of advice in the event the election outcome is not in his favor.

Gore added, "If Donald Trump does face the situation where the votes are all counted and he turns out to not to be successful, I would urge him to do the right thing. And yes, it would astonish a lot of people, but it would be good for our country."