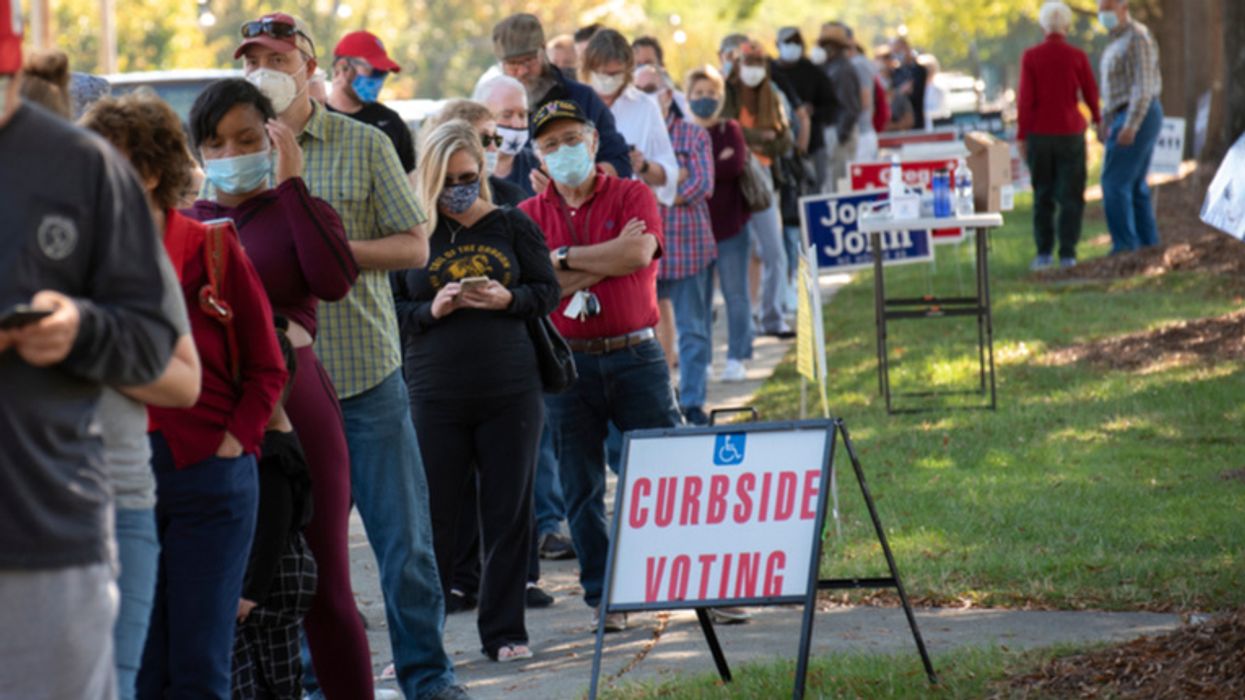 In the months leading up to the presidential election, Trump put forth his best efforts to sway the election in his favor.

From intentional attempts to dismantle the United States Postal Service (USPS) to weaponizing his Democratic opponents and stoking fear about the integrity of the election, Trump went above and beyond in an effort to make it seem as if the only way he could lose the election would be if the opposing side cheated. However, in doing that, it appears Trump's plan may have backfired because he has awakened an opposing group of voters. The state of Georgia is proof of that.

It has been decades since states like Arizona and Georgia turned blue but to Trump's shock and dismay, history was made during this election. In addition to the states that flipped, the popular vote count is another election statistic that has turned heads. More than 150 million Americans cast their ballots for the 2020 election the largest number of voters in American history. Although Trump lost the election, his antics to undermine election processes and sow divisiveness may have contributed to the turnout.

Repeatedly, the embattled president made efforts to pour gasoline on racially charged fires across the country as he worked to sabotage mail-in voting. Adding to the confusion he created surrounding mail-in voting, the president urged his supporters to head to the polls, and in North Carolina, he even suggested that they cast ballots twice to see if the election systems really work. However, they were not the only ones to get the memo. In the midst of stoking fear within his own supporters, Trump also awakened minority groups and people of color as he inadvertently raised awareness about the importance of getting him out of officeout of office.

Tracey Thornhill, president of Local 1644 of the American Federation of State, County and Municipal Employees in Atlanta, explained why it was so importance for Democratic voters to let their voices be heard.

"This election with Donald Trump has awakened people," said Thornhill. "Where would we be in another four years? With the help of Perdue and Loeffler, he would send us straight back to slave ships."

To Trump's shock and dismay, those voters turned out in groundbreaking numbers that subsequently led to his defeat. Now, Democratic candidates in Georgia are stressing the importance of voters heading back to the polls. To ensure voters do not become complacent, Democratic leaders will be pounding the pavement in Georgia to help candidates Rev. Raphael Warnock and Jon Ossoff win in the Georgia runoff on January 5.

"We can't be complacent," said Jennifer Jordan, a state senator who represents Atlanta. "If we don't vote for Warnock and Ossoff, we're just going to have another situation where [Senate Majority Leader] Mitch McConnell is doing everything he can to make sure the president fails."