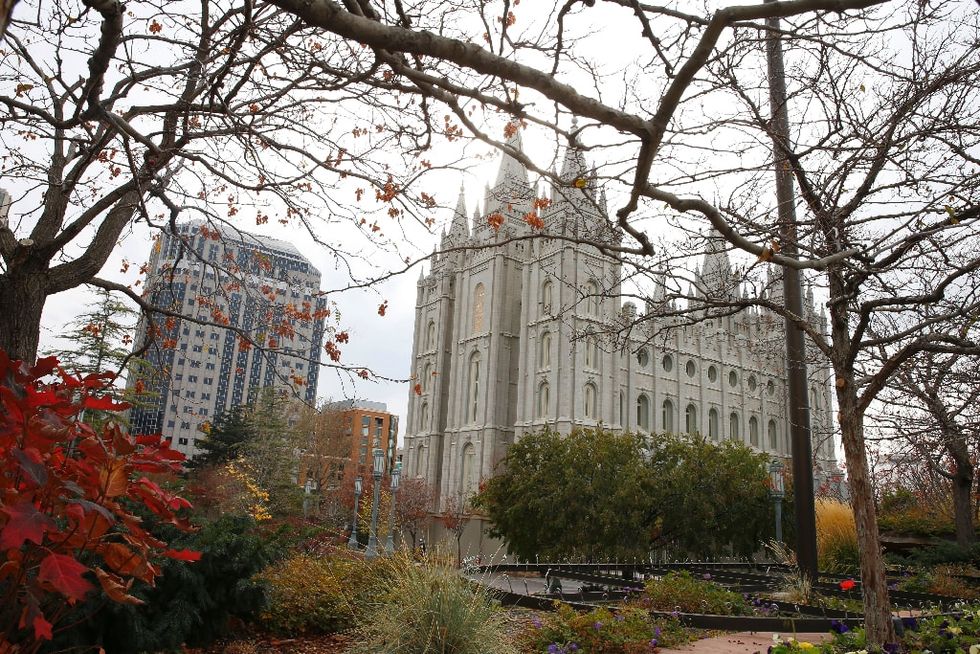 The historic Salt Lake Temple, home to the Church of Jesus Christ of Latter-day Saints, is shown here on November 1, 2016 in Salt Lake City, Utah -- Mormons are traditionally conservative but some are turning to Joe Biden in the 2020 election
AFP
October 24, 2020

Los Angeles (AFP) - Mormons in the United States have traditionally been reliable Republican voters, but some members of the conservative church put off by President Donald Trump are switching sides and backing veteran Democrat Joe Biden.Support for Trump among members of The Church of Jesus Christ of Latter-day Saints, which emphasizes family values and morals, is especially lagging among women.Experts say that could have a significant impact in some key battleground states -- notably Arizona and Nevada, where Mormons represent six percent of the population."There are things about Biden that ...