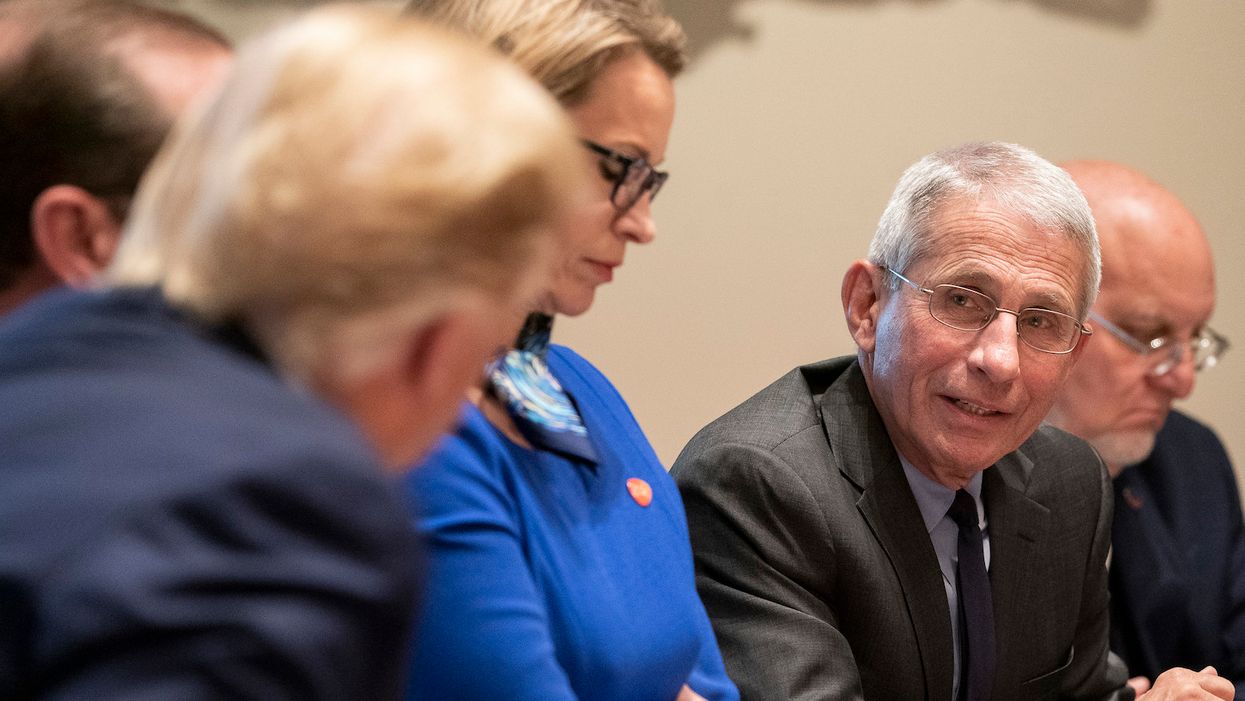 Karl told viewers that while Fauci was "more than willing to join" the program to discuss the nation's faltering response to COVID-19, as well as the White House's current status as a coronavirus hot spot, "the White House wouldn't allow you to hear from the nation's leading expert on coronavirus."

"In fact, they wouldn't allow any of the medical experts on the president's own coronavirus task force to appear on this show," Karl said.

On Twitter, the correspondent added that "The White House press office would not allow anyone on the President's task force to be interviewed."

"Quite remarkable that they would muzzle the health experts in the middle of a pandemic," Karl said.

The press blackout comes as the White House struggles to contain an outbreak inside its own walls. As the Washington Post reports, Trump and at least 34 White House staffers have tested positive for the virus. Per the Post:"The CDC began offering help last Friday, after President Trump announced he had tested positive, only to be repeatedly spurned, according to a CDC official who spoke on the condition of anonymity to discuss internal matters. On Wednesday, an arrangement was made for 'some limited CDC involvement,' the official said."
From Your Site Articles
Report typos and corrections to: feedback@alternet.org.