What if Mike Pence gets infected? White House COVID-19 outbreak could set off constitutional chaos 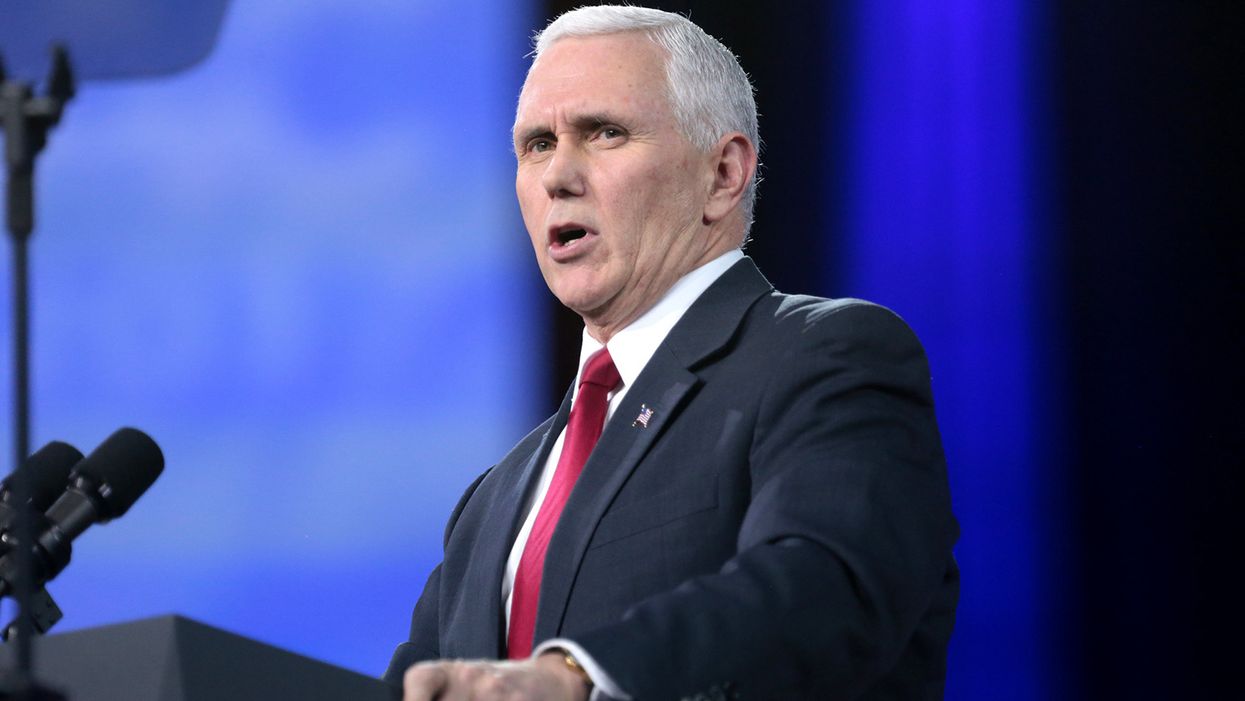 Vice President of the United States Mike Pence speaking at the 2017 Conservative Political Action Conference (CPAC) in National Harbor, Maryland, photo by Gage Skidmore.
Here's how Christian nationalism in the US legislates evil and punishes the poor
Travis Gettys
October 02, 2020

President Donald Trump announced that he and first lady Melania Trump had been infected, along with senior adviser Hope Hicks, and Dilanian explained to MSNBC's "Morning Joe" what might happen if the White House outbreak spreads through the upper reaches of government.

"There's a sense this is a dire national security situation, perhaps even a crisis, at the same time," Dilanian said. "Unlike Boris Johnson, the president of the United States is the commander in chief of the world's most powerful military with the awesome nuclear force and he has a nuclear football at his disposal at all times, and he needs to be mentally and cognitively in full capacity to be able to make split decisions about national security threats to the United States."

"So we'll hear a lot, I think, in the coming days about this term continuity of government," he continued. "That is a term that notes a lot of different procedures and operations behind the scenes. It got a lot of attention after 9/11. It's war-gamed and there are exercises every year where the government games out how it's going to maintain operations in the event of a crisis. Most of the planning has to do with catastrophic attacks, terrorist attacks, and a lot of it involves whisking decision-makers away to bunkers. There are places they would take the president in the event of a crisis, but when you have the president infected with COVID that's a problem. You wouldn't want an infected person with key decision makers."

"The other issue getting a lot of attention right now is the Secession Act of 1947," Dilanian added. "That's the law pursuant to the Constitution makes a line of succession. After Vice President Pence, it's House Speaker Nancy Pelosi, who's 80 years old, and then Chuck Grassley, who's 87. There is debate about whether that law is constitutional. If the law was transferred to House Speaker Nancy Pelosi even temporarily, a lot of legal scholars believe there could be challenges to that, which could throw the question of who who is in charge of the U.S. government in contention at a time when the government is preparing to repel cyber attacks and disinformation against the election."

Dilian listed some of the foreign threats currently facing the United States, and said any disruption at the top levels of government could put the country at great risk.

"This is a very dire situation," he said. "We can expect that overnight government officials have been planning for all sorts of eventualities, but the main term may be a political one. In the event that Mike Pence, you know, has a problem and there's a question of Nancy Pelosi, it's not as clear as some people believe."