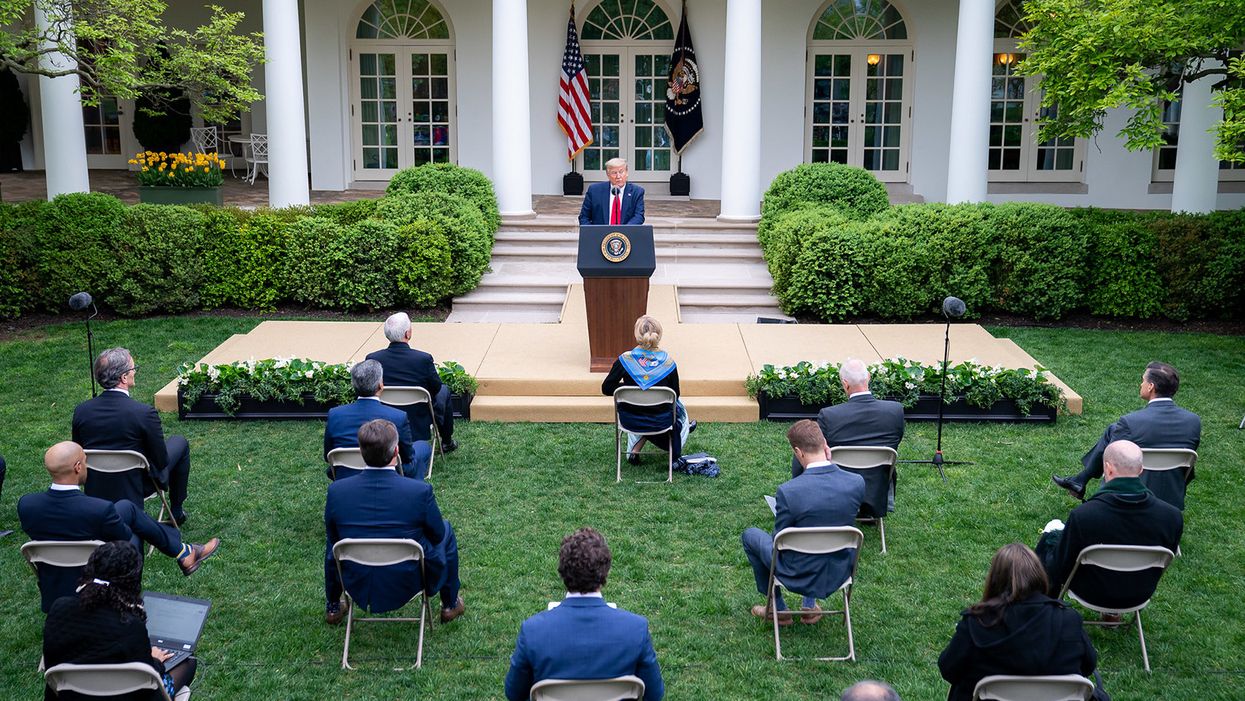 President Donald Trump has known for over a month that new coronavirus infections have been soaring even as the White House has lied about the seriousness of the surge, documents released Tuesday by a leading Democratic lawmaker show.

However, instead of being forthcoming with the American people and the world, Trump opted to hide the reports while spuriously claiming that the virus "affects virtually nobody"— even as it caused record infections and deaths in numerous states in September.

Not only did the administration fail to honestly inform the nation, Trump held several so-called superspreader rallies and other events in September, including in states hit hard by surging Covid-19 infections, such as Minnesota, North Carolina, and Wisconsin.

On October 1, Trump declared that "the end of the pandemic is in sight." The following day, he announced that he and First Lady Melania Trump had tested positive for coronavirus.

The reports also show that the White House was fully aware that the number of states in the so-called "red zone"—where new coronavirus cases rose above 100 per 100,000 people and where more than 10% of test results were positive—soared from 18 on September 13 to 31 on October 18.

On October 19, Trump told campaign staffers on a phone call that "people are tired of Covid... People are saying, 'Whatever. Just leave us alone.' They're tired of it. People are tired of hearing Fauci and all these idiots," a reference to National Institute of Allergy and Infectious Diseases Director Dr. Anthony Fauci.

Clyburn released a statement on Tuesday calling the reports proof that "Trump's contempt for science and refusal to lead during this crisis have allowed the coronavirus to surge."

"Contrary to his empty claims that the country is 'rounding the turn,' more states are now in the 'red zone' than ever before," Clyburn said. "It is long past time that the administration implement a national plan to contain this crisis, which is still killing hundreds of Americans each day and could get even worse in the months ahead."

Indeed, according to prominent University of Minnesota epidemiologist Dr. Michael Osterholm, "the darkest part of the pandemic [will occur] over the course of the next 12 weeks."

According to Johns Hopkins University, there have been more than 8.2 million confirmed Covid-19 cases and nearly 221,000 deaths in the United States, representing just under 20% of the global death toll of 1.12 million people.