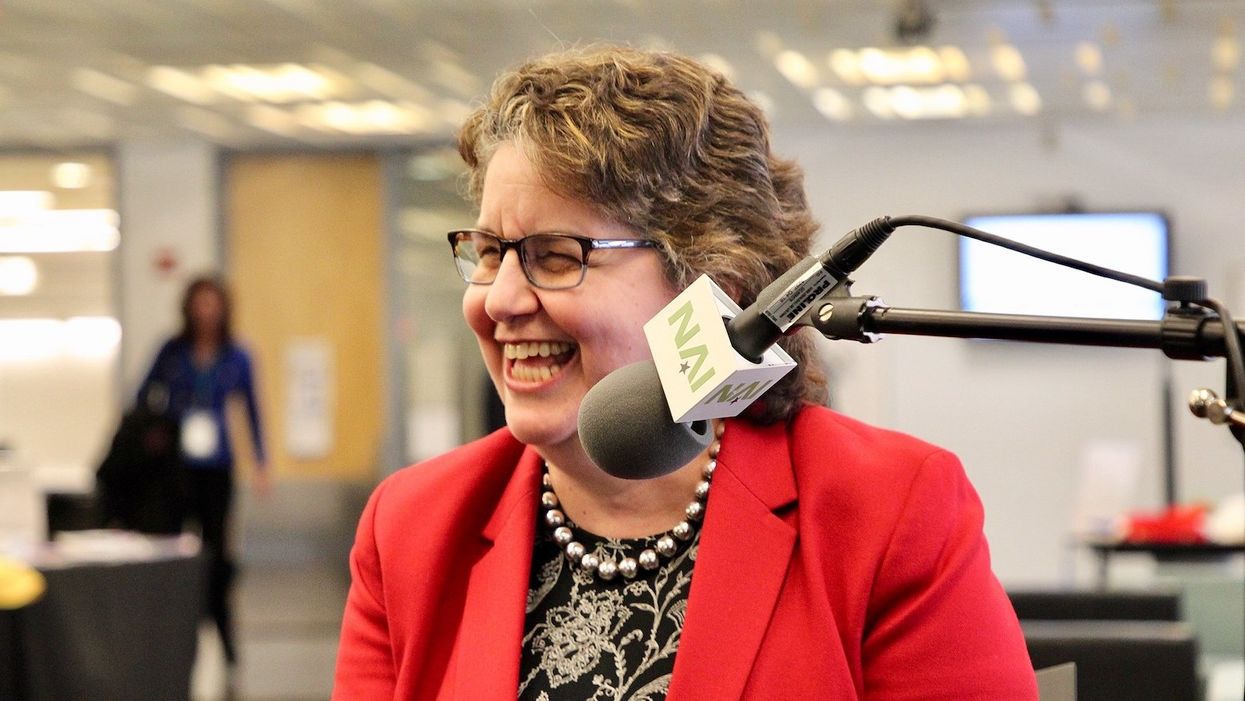 Countering President Donald Trump's false suggestion Tuesday that tallying votes after Election Day is unlawful, a top official at the U.S. Federal Election Commission said that in fact "counting ballots—all of 'em—is the appropriate, proper, and very legal way to determine who won."

"An election is not a reality show with a big reveal at the end," Ellen Weintraub, an election attorney and a Democratic commissioner at the FEC, tweeted in response to Trump's insistence that a winner be officially declared on the night of November 3.

Trump's comments Tuesday came amid growing fears that the president could attempt to take advantage of slower-than-usual vote counting—which is expected due to the unprecedented surge in mail-in voting amid the pandemic—to falsely declare victory on Election Night and dismiss as illegitimate legally submitted ballots counted after November 3.

Those concerns were intensified by Trump-nominated Justice Brett Kavanaugh's falsehood-riddled concurring opinion in the Supreme Court's late Monday ruling that barred the battleground state of Wisconsin from extending its absentee ballot deadline. The decision means that ballots received by Wisconsin officials after Election Day cannot be counted, even if they are postmarked by November 3.

In his opinion, Kavanaugh declared that absentee ballots arriving after Election Day—which is allowed in more than a dozen states—could "flip the results of the election." But as Justice Elena Kagan noted in her dissent (pdf), "there are no results to 'flip' until all valid votes are counted."

"And nothing could be more 'suspicio[us]' or 'improp[er]' than refusing to tally votes once the clock strikes 12 on Election Night," Kagan added. "To suggest otherwise, especially in these fractious times, is to disserve the electoral process."

Slate's Mark Joseph Stern warned late Tuesday that "by deploying so many falsehoods in his 18-page opinion, Kavanaugh sent a signal to lower court judges: Uphold voter suppression at all costs, even if you have to ignore or contort the factual record to do it."

"Trump's dozens of hackish judicial nominees will hear this message loud and clear," Stern wrote. "At least one member of the Supreme Court is willing to construct a fantasy world that is utterly detached from our grim reality of mass disenfranchisement. If we cannot trust the justices to tell the truth now, why should we believe them if they decide the election next week?"