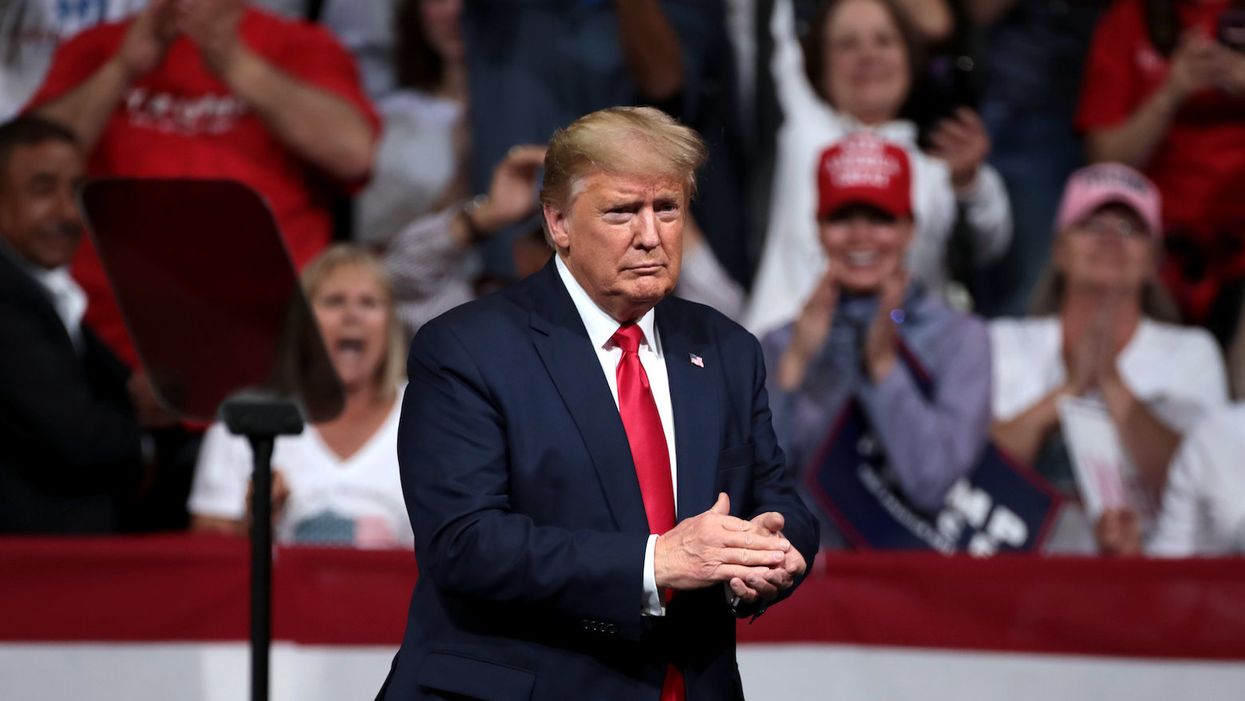 Trump is desperate — and his mental pathology is getting worse every day: mental health experts

New filings reportedly show that Trump raked in millions amid his battle with COVID-19 at the beginning of the month, according to The Washington Post. While the funds were likely welcomed by his campaign, it still does not add up to the massive donation surge Biden has received.

With just two weeks until the election, the filings also show that "Trump had $43.6 million and Biden had $162 million by Oct. 15 — the biggest cash lead Biden had gained so far in the campaign, according to the filings," per the publication.

Despite the glaring difference in the financial fortune of both campaigns, the Trump campaign has shrugged off its cash deficit.

The latest reports come amid growing speculation about the Trump campaign's financial status. It has been reported that the president's re-election campaign has blown through more than a $1 billion-dollar cash advantage since 2017. So, what happened to all of the money? According to The Associated Press, Trump's campaign has "set a lot of it on fire."

Mike Murphy, a veteran Republican consultant and known Trump critic, weighed in with his take on the campaign's major cash dump as he criticized their spending as "unnecessary overhead" due to his campaign staff spending on their own "lifestyles-of-the-rich-and-famous."

"They spent their money on unnecessary overhead, lifestyles-of-the-rich-and-famous activity by the campaign staff and vanity ads," Murphy said. "You could literally have 10 monkeys with flamethrowers go after the money, and they wouldn't have burned through it as stupidly."

It has also been reported that the Trump campaign has opted for more rallies because the president is no longer in a financial position to spend sizable amounts of money on advertising. However, Trump has dismissed the speculation as he has insisted his campaign is doing fine, financially.