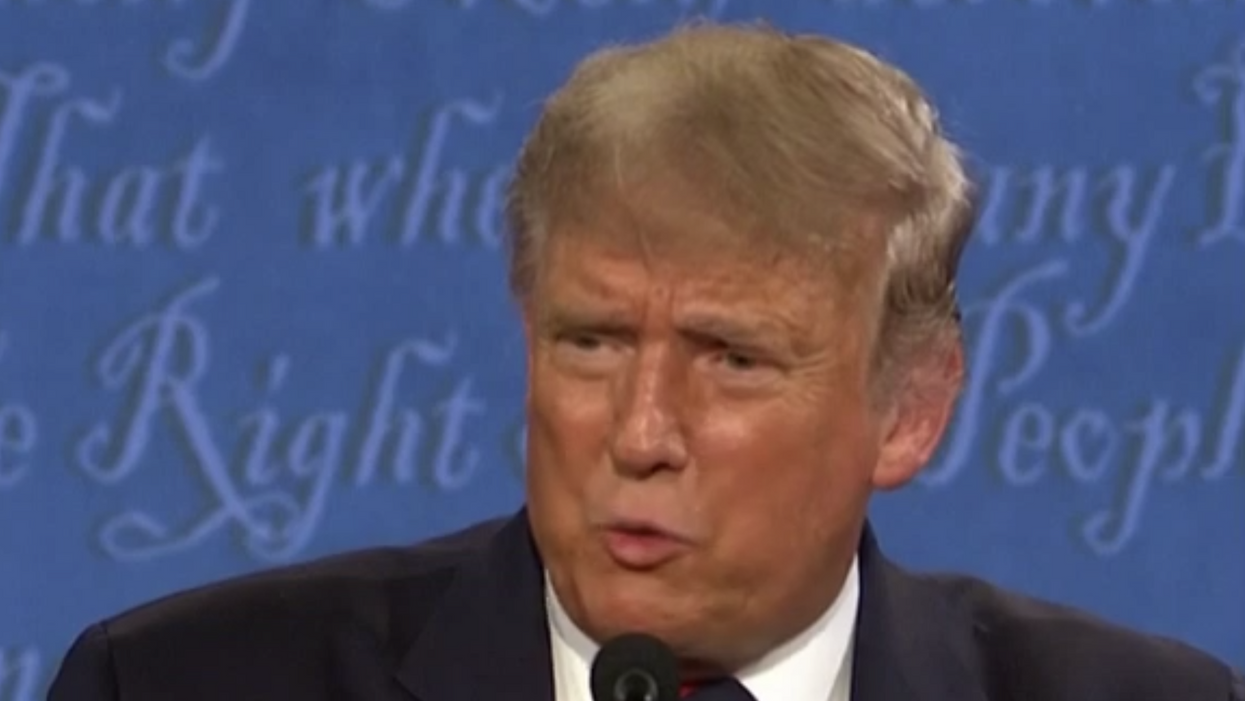 President Donald Trump had one last chance to sway undecided voters during the highly anticipated debate against Democratic presidential nominee Joe Biden but it looks like he may have bombed that opportunity.

On Thursday evening, CNN compiled a panel of 11 undecided voters in Davidson, North Carolina who watched the debate and weighed in with their opinions of the candidates' performance.

At one point during the debate, undecided voters focused on Trump and Biden's arguments about the economy amid the coronavirus pandemic. While Trump stressed the importance of reopening the economy, Biden argued that the United States of America is comprised of 50 states and none are categorized and separated as red and blue states.

Among undecided voters, those remarks "were the highest-rated comments by each candidate, according to our panel here of undecided voters," Tuchman told Wolf Blitzer. "The second-biggest moment" was Biden's closing remarks on what he would say to people who didn't vote for him. The lowest moment? Trump's claim to be "the least racist person in this room."

"Yeah, it wasn't a positive reaction, Wolf, as you saw," Tuchman said. "At the very least, it was a bit presumptuous to say something like that."

When asked where they stand, the last four undecided voters admitted that they still have not decided on a presidential candidate. In fact, they are waiting until November 3 to vote just in case any additional information is released that could sway their decision.

One undecided voter even revealed the confirmation of Supreme Court Judge Amy Coney Barrett is a strong determining factor in how he will vote.

"Well, I'm pro-life, so I'd like to see, you know, whether Judge [Amy Coney] Barrett gets on the court," he said. If she Barrett, "I'll probably vote for Biden," because "I think that he is a stronger leader who is more willing to support fair elections and lead both parties more back toward the center and away from extremism."

If Barrett is not confirmed, that undecided voter will likely vote for Trump..