Trump arrived too late to be tested before debate -- so host relied on 'honor system': report 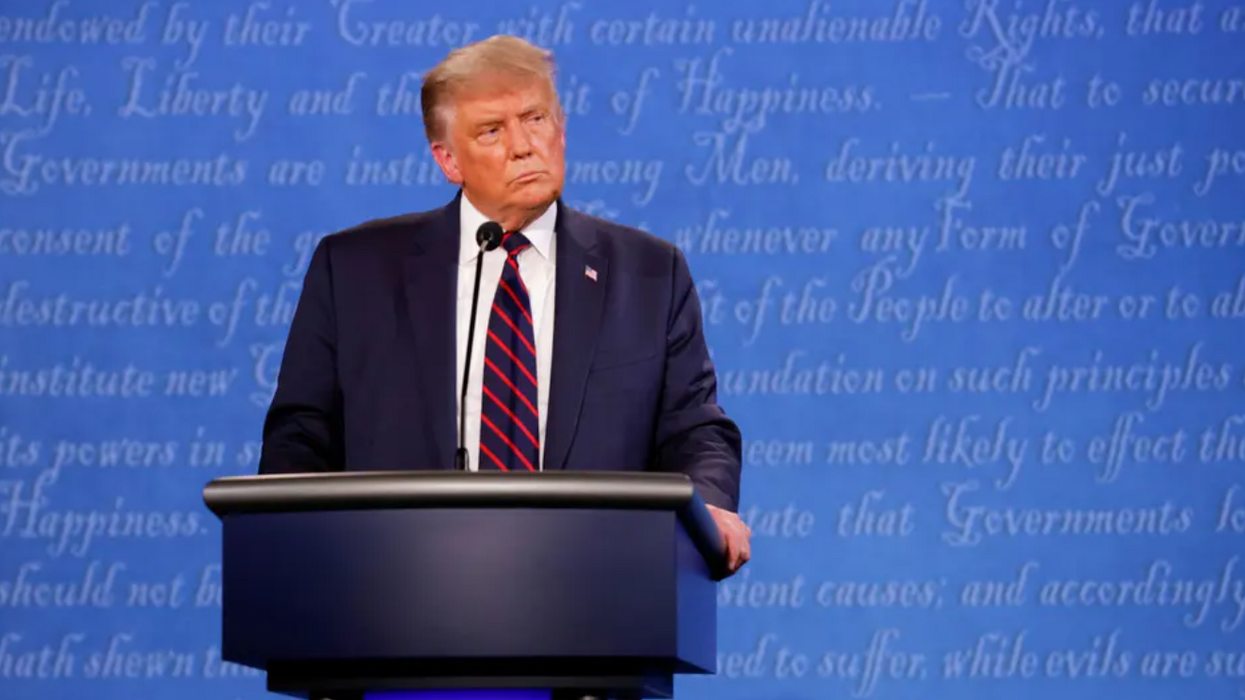 President Donald Trump was not tested for coronavirus before entering the facility where he spent approximately two hours, including the 90-minute debate with former vice president Joe Biden.

Fox News anchors Bill Hemmer and Chris Wallace revealed an extraordinary breakdown in security, potentially putting Joe Biden and everyone else at risk.

"The clinic had a rule you wear a mask inside," Hemmer explained, according to a trranscript posted by The Daily Beast's Andrew Kirell. "That was stated clearly. If you look at the statement today, I'll read a key line: 'Individuals traveling with both candidates including the candidates themselves had been tested and tested negative by their respective campaigns.' They weren't tested by the Clinic based on the statement, Chris, and to me that sounds like an honor system."

"Well, they couldn't be tested by the Clinic," Wallace replied, referring to the Cleveland Clinic, which hosted the debate.

"You were tested. I was tested," said Hemmer.

"I understand that, Bill, but the difference was I arrived on Sunday, you arrived on Monday. They didn't arrive until Tuesday afternoon. So for them to get tested, there wouldn't have been enough time to have the test, and have the debate at nine o'clock that night," Wallace continued.

Chris Wallace says Trump showed up too late to the debate to be tested as planned so they had to abide by the "honor system" pic.twitter.com/SonuY7kKD1
— MeidasTouch.com (@MeidasTouch) October 2, 2020

Inside the debate hall all attendees except participants were required to wear masks throughout the debate. Everyone on the Biden side did, almost everyone on the Trump side did not. The Cleveland Clinic reportedly asked but the Trump camp ignored the requests.