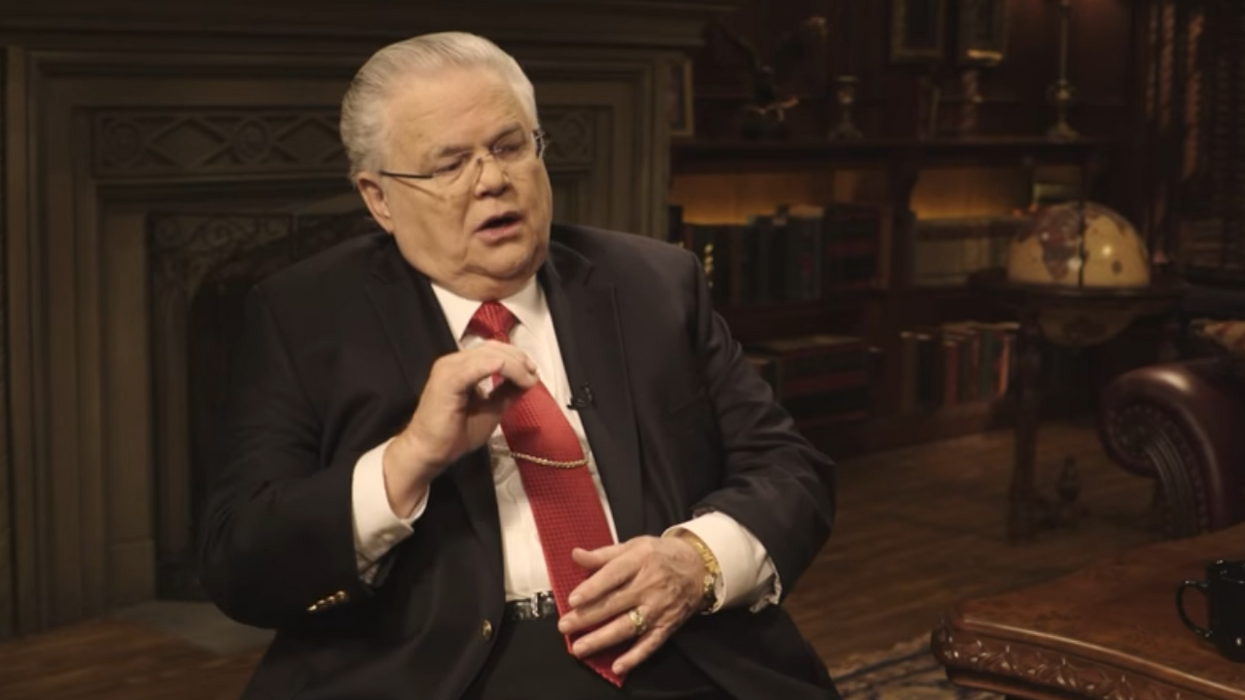 A Texas megachurch pastor is the latest to test positive for coronavirus after disregarding the severity of the pandemic and filing a lawsuit for schools to reopen in his state.

It was confirmed on Sunday that John Hagee, founder and senior pastor at Cornerstone Church in San Antonio, Texas, had been diagnosed with coronavirus, according to the Daily Beast. Taking the stage in front of a maskless audience with hundreds of congregants, the pastor's son, Matt Hagee, shared the news.

"It was one, discovered very early, and two, his medical team has him under watchful care, and three, he's feeling well enough to be frustrated by anyone in a white coat with a stethoscope," said Hagee. "He covets your prayers and asks for you to pray for him daily."

"As it is a reality in our lives, we also have a promise that we serve a God who is a healer," Hagee added.

John Hagee testing positive for COVID-19 dominated local headlines due to the evangelical pastor's longtime, controversial stance regarding the coronavirus pandemic and shutdown.

John Hernandez, a 31-year-old San Antonio resident who lost his aunt and uncle died of COVID-19 just days apart, expressed concern about Hagee's diagnosis and decision to hold church services amid the pandemic as they stressed the importance of remaining vigilant in mitigating the spread of the coronavirus.

"I fear we will be going back to our apex of thousands of new cases a day, especially with some of the megachurches we have here," Hernandez told the publication. "No mask, just a 'God will protect me' attitude."

"Too many people are letting their guard down," he added. "I don't wish this virus on anyone."

According to Hernandez, the coronavirus shutdown should not be considered an attack on religious freedoms but rather a public health concern that focuses on prioritizing the well-being of citizens.

"I'm all for freedom of religion," Hernandez continued. "It's one of the cornerstones of this country. But to put people's lives in danger because you want to hold a service … is not God-like and is not Christ-like. Many faith-based leaders were not pleased with the coronavirus shutdown due to houses of worship begin closed. With hundreds and sometimes thousands of congregants under one roof, churches were seen as potential super spreaders for the virus due to the heightened threat of aerosols and droplets having a greater ability to circulate indoors."

Multiple headlines highlighting coronavirus outbreaks at churches have already supported this claim. In fact, several faith-based leaders who previously downplayed the pandemic have tested positive for the virus while multiple others have passed away due to complications of coronavirus.

Hagee, also been an avid supporter of President Donald Trump, previously spoke highly of the president's governing while urging his congregation to vote "with the Bible in mind."