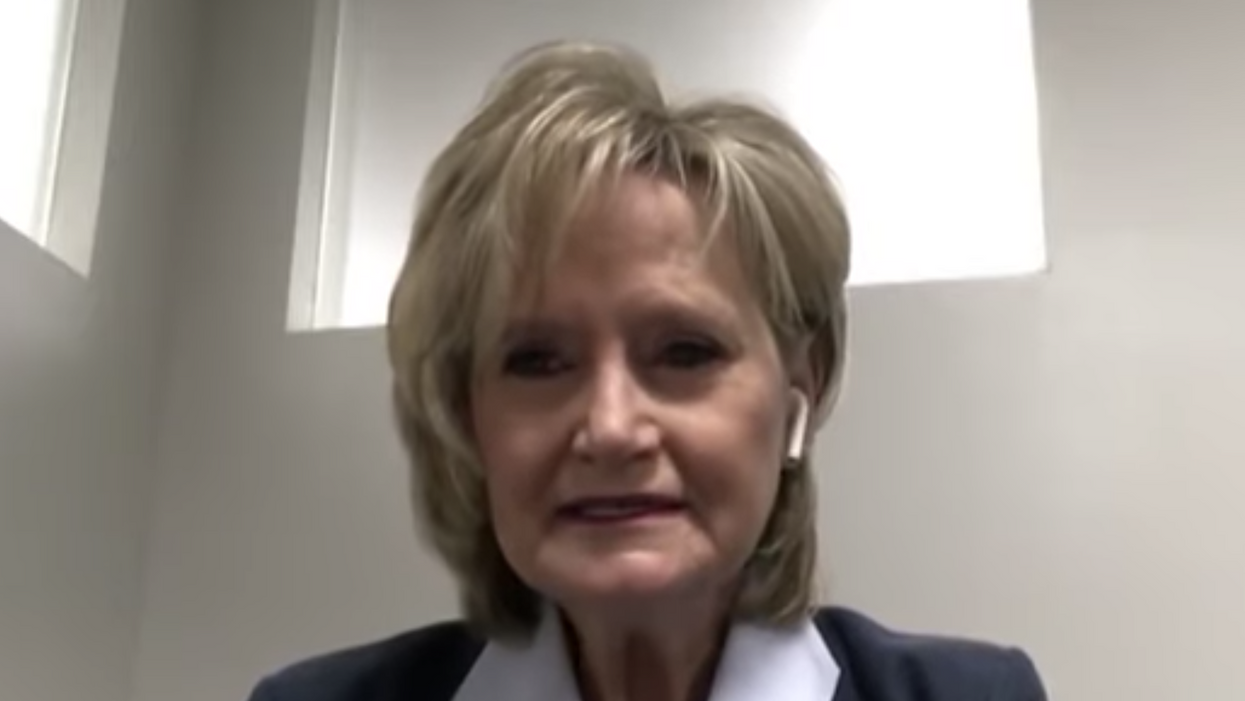 Incumbent Sen. Cindy Hyde-Smith is running with a strong lead over Democratic challenger Mike Espy in Mississippi's U.S. Senate race. Despite the wave of support Espy has received in the wake of Supreme Court Justice Ruth Bader Ginsburg's passing, as of Oct. 28, Hyde-Smith is still projected to retain her seat. Her jokes about hanging coupled with a long cultural history of segregation-family values and fetishizing the Confederacy have not made the dent one might hope.

Not unlike the rest of the Republican field, Sen. Hyde-Smith has been ducking away from having to face off with her challenger in a debate. She has done this because, by her own admission, she's winning and can only lose if she is challenged on her ideas, her policies, and her record. However, she has made appearances local news broadcasts to take questions, without challenge, from local news reporters. WAPT's Mississippi Matters had the senator on Tuesday evening, and host Erin Pickens asked her a few questions. One of the questions was about police and community relations.

Pickens gave the example of a peaceful protest held by activists in June, in downtown Jackson, Mississippi. Hyde-Smith's response was a concoction of bizarre and frightening and racist.

Fantastic! So then we can probably have a constructive conversation abou—

SEN. CINDY HYDE-SMITH: And we worked very hard to make sure that now and in the future, we can come together, because everybody wants a safe Mississippi.

SEN. HYDE-SMITH: Everybody wants to see their First Amendment rights protected and, you know, we have to continue on that path. To work together. To strengthen the military, that also improves the security.

SEN. HYDE-SMITH: And that is one of my top priorities is to make sure that we support the veterans. That we strengthen that military. That we get to the position that we truly have peace through strength.

SEN. HYDE-SMITH: Because if you don't have a solid military you are so vulnerable to the rest of the world. And that is incredibly important to me.

As my colleague Jennifer Hayden wrote, Pickens' face says it all.

If you are a tad more masochistic you can watch the whole interview here.