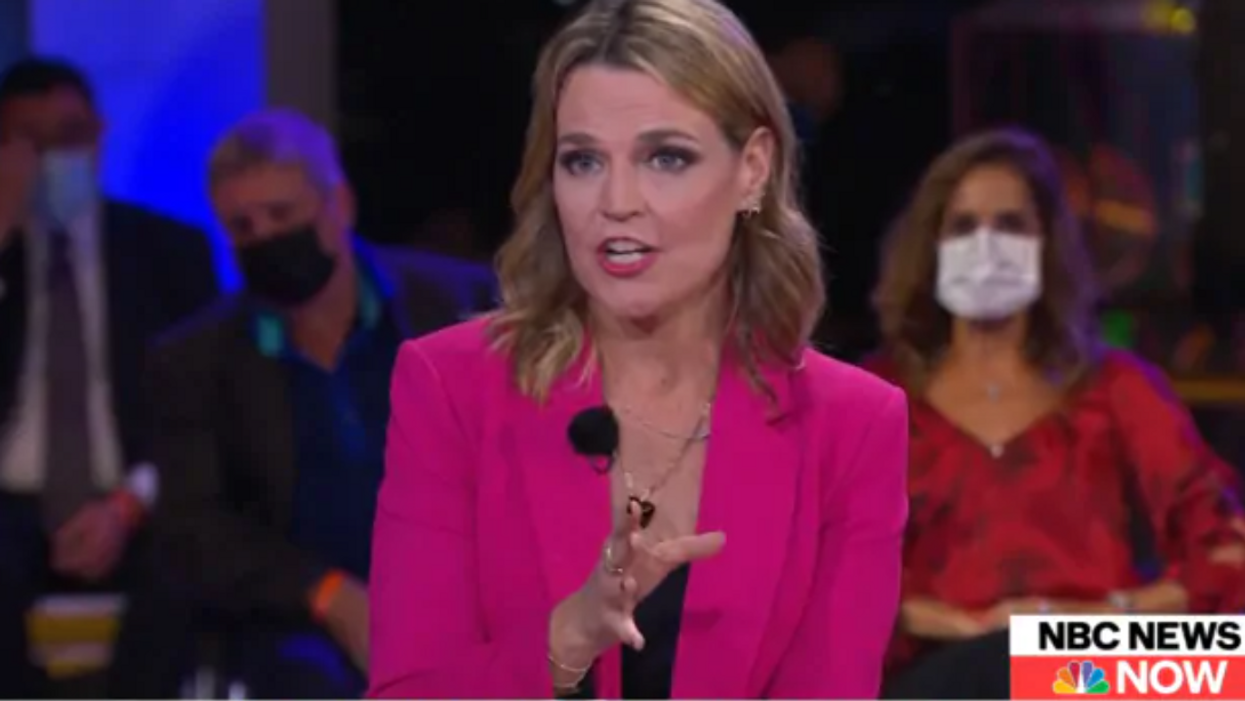 NBC's Savannah Guthrie is being praised for her performance during President Donald Trump's Town Hall for two doing two interesting things many journalist have not done while interviewing the president.

Following the president's town hall, viewers took to Twitter to share their opinions. Many Twitter users commended Guthrie for not moving on to her next question without pushing for an answer. She also pushed back multiple times with further inquires when Trump attempted to dodge offering a direct answer to her questions, making an effort to hold the president accountable.

Even when the president aimed to downplay some of his actions, spew one of his baseless statistics, or allude to conspiracy theories to support his claims, Guthrie was not having it.

"What @SavannahGuthrie did last night was a public service," said Gregg Gonsalves, a research and epidemiology for infectious disease expert at Yale University. "Every reporter, print, TV or radio should learn from what she did. She refused to submit to being "spun," pushed through evasions, lies. It was terrific."

What @SavannahGuthrie did last night was a public service. Every reporter, print, TV or radio should learn from wha… https://t.co/20C59hR83I
— Gregg Gonsalves (@Gregg Gonsalves)1602841830.0

Woke up thinking about how badass @SavannahGuthrie was last night. Thank you for asking the real questions and pres… https://t.co/KJISc7y5X8
— chelseaeller (@chelseaeller)1602844696.0

Update: @SavannahGuthrie did a better job of holding Pres Trump accountable than anyone to date. (With the exceptio… https://t.co/WwOO1Pj6no
— Rachel Martin (@Rachel Martin)1602841949.0

Guthrie's performance covered many of the bases American voters are concerned about. Her other questions ultimately shed light on many of the inconsistencies that have come from the White House. When the president refused to give a direct answer regarding his last negative COVID test, Guthrie's assertiveness ultimately revealed that Trump either: did not test regularly, violated the Honor Code of the National Speech and Debate Association, knew he was COVID-positive before the information was made public, or all of the above.

Despite the true answer to that question, Trump's actions were revealing and Twitter users were pleased with that.