Republicans are setting up a trap for Democrats on COVID relief 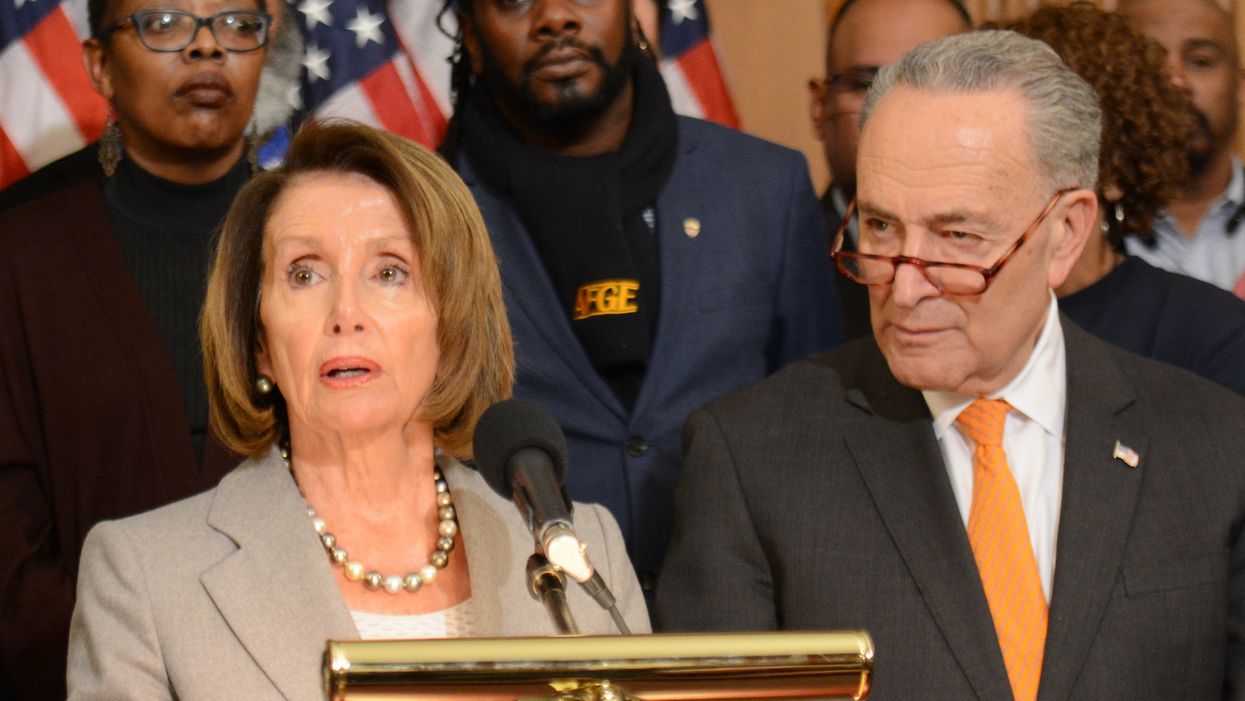 The news that Senate Majority Leader Mitch McConnell none-too-subtly expressed his opposition to passing any pre-election Covid economic relief dragged a simmering political question into the light: why exactly are Republican Senators being so stubborn about stopping something that would appear to help them politically--certainly a lot more than it helps Democrats?

There would seem to be a compelling case for them to have made a deal. Further Covid relief is wildly popular, including among 55 percent of Republicans (and it is pretty hard to find many issues these days that can garner that kind of Republican approval and get 88 percent of Democrats). It is also highly salient to voters: two-thirds of voters in key battleground states want the Senate to prioritize Covid relief over confirming Amy Coney Barrett, and overall, the pandemic remains voters' top concern.

Even more important for Senate Republicans' calculus, GOP Senators like Susan Collins, Thom Tills, Cory Gardner, and Martha McSally, who are the most endangered, would benefit the most by delivering an economic boost in the runup to the election. Among the nine or so Republican Senators in the greatest electoral peril, most have come under direct fire on Covid relief, said they are in favor of further aid (some are even running on their Covid relief credentials), and have positioned themselves as problem-solvers who aren't in lockstep with their party on the issue. A successful Covid bill would solve some of these problems and fit powerfully into their narrative. It wouldn't have to be a major watershed either: even a slight bump of 2-3 points might give Republicans a chance to eke out a handful of wins and hold on to their majority.

So what's going on? The answer has changed over time.

The emerging thinking is that right now, McConnell sees the writing on the wall. He may soon be a Minority Leader under a Democratic President. So his best move has become to leave his option open to lay the entire economic mess created by the pandemic at Democrats' collective feet, in order to jam up their agenda in a re-run of the 2009 stimulus playbook that was so politically successful for his party.

In fact, he's probably decided in recent weeks that he's actually got Democrats poised over a pretty good January trap door: instead of hitting the ground running by fixing the census, passing pro-democracy reforms, or doing a big climate bill, a new president and potentially a new Senate majority will have to expend precious political capital (including possibly blowing up the filibuster) and take responsibility for trillions in additional spending, with all of the inevitable problems and Republican donor outrage that goes with it.

But several Senate insiders – all granted anonymity due to the sensitive nature of this issue – stressed that things have changed a great deal during the five months that another round of federal economic support has been under discussion. If there's a major trap ahead now, it is not as if Democrats have blundered into it: there were solid reasons for each party to have followed the course they did.

In mid-March, as Covid lockdowns began, Democrats and Republicans were largely on the same page, and their political incentives for major economic intervention were going in the same direction. Right after the Senate passed the CARES Act 96-0 and with the US GDP in free fall, one veteran Democratic leadership staffer told me that it was inevitable that there would be multiple rounds of major, bipartisan Covid-related stimulus through the fall. At the time, this sentiment was widespread and seemed totally warranted.

However, only weeks later, rapid re-opening especially in Republican-led states caused swift drops in weekly unemployment claims and a surge in the retail sector (these kinds of positive economic indications even had Democrats temporarily fretting about the potential for a "V-shaped" recovery that would lead to a roaring third quarter economy and, despite all of Trump's disastrous blunders, make his economic management appear strong).

By the summer, headlines began to focus on a "mixed" recovery, and as a result, both parties could look at the same data and reach different conclusions. Democrats were eyeing weak durable goods and industrial production, a looming eviction crisis, and state and local government deficits with alarm, and Republicans were seeing unemployment and stock market rebounds and concluding that things were looking up.

This is at least part of the reason why after the House Democrats passed their $3 trillion HEROES Act in May, Senate Republicans waited until July and only then proposed their much slimmer $1 trillion HEALS Act. They could have acted more aggressively, but didn't see a pressing need – indeed, they continued to believe that time and economic trends were on their side. For their part, Senate Democrats could have gotten on board with the Senate Republican bill and, perhaps following some amendments, set a reasonable floor for negotiators to work with to achieve a bill by September. But at the time, they still saw further relief as so obviously necessary – most of all for Donald Trump's politics – that there was no reason to negotiate against themselves.

And of course, other factors were at work. Some Republicans (think Rand Paul, the lone Republican Senator to vote against his party's Covid relief bill) have genuine ideological opposition to further spending. Others with more philosophical flexibility were eyeing their political positioning in a party facing an uncertain, potentially Trump-less future: traditionally, being against government spending is the safest political ground for ambitious Republicans to stand on.

On top of that, President Trump pulled his usual routine of giving no indication of what he wanted, leaving Mitch McConnell with a fractured caucus (despite Democratic caricatures, McConnell does not pull all of the strings, but actually has to read and react to his team). Not to mention that once the death of Ruth Bader Ginsburg opened up the prospect of a polarizing Supreme Court nomination fight, Senate Republicans and Trump operatives jumped at the chance to ignite their base and move the campaign focus onto relatively more favorable ground (with just about anything being better for them than more focus on Covid). Indeed, at this point, keeping the confirmation on track has become another reason to avoid diverting to Covid relief.

The bottom line is that Democrats may now be poised over a dangerous January trap, but it's not as if they were strategically slipshod or that Republicans were exceedingly clever. Indeed, Democratic leaders may have been right all along that a Covid relief bill would be in Republicans' best interest, but there were simply too many cross-currents that intervened along the way.

The next question will become if Democrats are facing a looming trap, can they evade it? If – absent a Trump victory – the incentives all line up for Senate Republicans to hold out until the new year and stick Democrats with the mess, there are still opportunities in the form of two pieces of legislation considered to be "must-pass" in a post-election lame duck session: the National Defense Authorization Act and a Continuing Resolution to fund the government past December 11. This means that there will be chances for Democrats to at least defray some of the costs of a January Covid bill by attaching them to government or defense funding and getting them done on Republicans' watch. They could, for example, accept Senate Republicans' $500 billion Covid relief bill with additions in the House, attach them to one of these legislative vehicles, and dare them (and a potentially outgoing President Trump) to shut down the Pentagon or most of the federal government to stop it.

Would this maneuver work, or at least improve the politics of a big January aid bill? It's too soon to know. The only thing that has been clear from the winding path of Covid relief is that Democrats will have to stay nimble – things can change fast.
From Your Site Articles