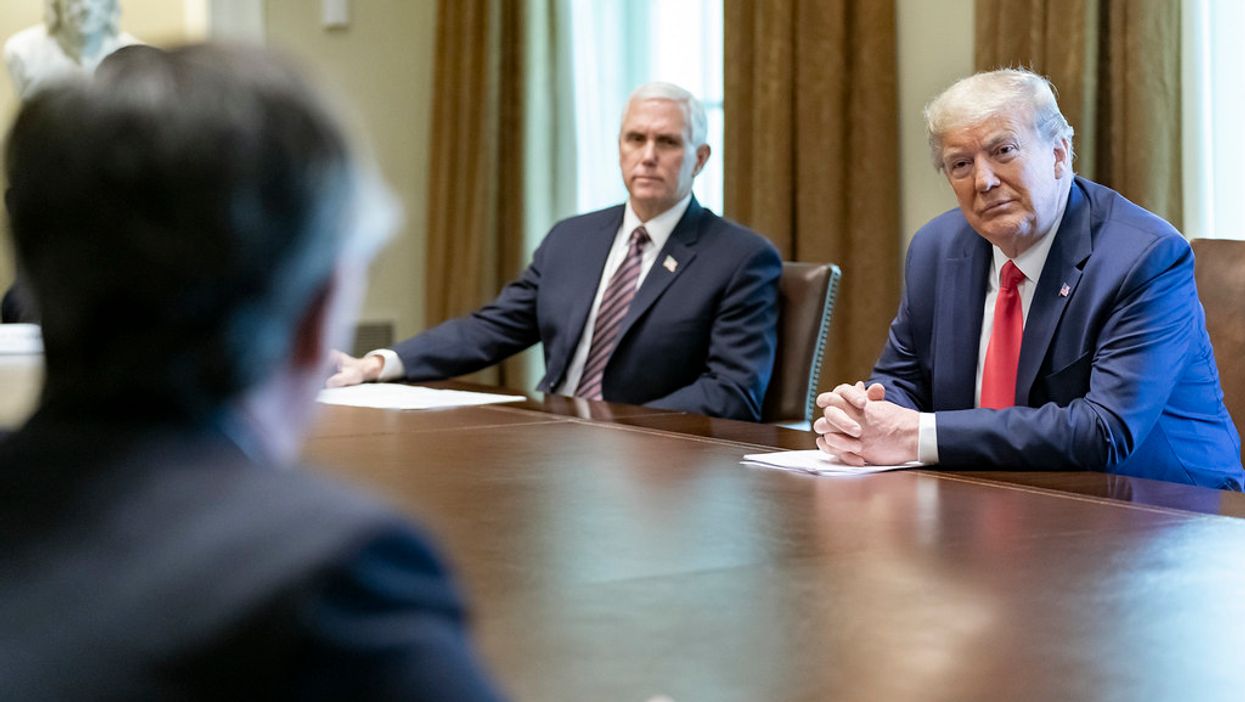 Bob Woodward's revelation that President Trump was well aware of how deadly and contagious Covid-19 was in early February definitively answered a famous question from an earlier presidential scandal: "what did the president know, and when did he know it?" But there has still been much lingering confusion – much of it intentionally sown by the president – around two related questions: whether the US really did fail in its pandemic response, and whether that failure is actually Trump's fault.

So let's clear this up once and for all. The answers to both questions are a resounding yes: we failed on Covid, and Trump was the leading cause.

As examples of some of the rationalizing and data-chopping that have muddled the issue in recent months, the president claimed in July that our high Covid case counts are simply due to more testing, and then this week he claimed again that we were doing exceptionally well relative to an invented baseline of two and a half million deaths, especially if you only count "red states."

The conservative media have helped Trump muddy the waters. The libertarian journal Reason reached a mixed verdict on whether the US compares favorably to the European Union on Covid mortality rates. Ross Douthat argued in the New York Times that America's performance is satisfactory on cumulative excess deaths when measured against peers in Europe or Latin America, and that any struggles we have are attributable to multiple causes.

These assertions are misleading at best, and simply wrong at worst. More testing was not the cause of more cases (Sten Vermund, dean of the Yale School of Public Health, called this claim "blowing smoke"). Red states alone have one of the worst death rates in the world. And the favorable death rate comparisons are cherry-picked. In reality, we have the most deaths of any country by far and our per capita death rates are twice as high as the average among high-income countries. The FREOPP World Index of Healthcare Innovation (a source that Douthat paradoxically cites) puts the US 27th out of 31 countries in its "COVID-19 Pandemic Performance Rankings."

Indeed, since the US has one of the best public health infrastructures in the world, the most money, and the most global influence, shouldn't we be doing far better than most other countries? And why wouldn't we compare ourselves to the Asian countries that lack some of our advantages and are still running laps around us? China was where the virus started, has four times our population, and yet has had 1/40th the total deaths of the US. Other Asian countries have shown that with smart government leadership it is possible to beat back Covid almost completely. They are certainly beating us hands down.

So of course we have failed.

Nor should one buy arguments that the blame for our dysfunction should be more broadly ascribed to cultural or bureaucratic factors. Of course there are many influences that contributed to the mess we are in. But the idea that libertarian social currents or CDC test-development delays are the real culprit are simply a "whataboutism." There are many clear, specific, and demonstrable ways that our government has cost us in lives and economic suffering. We can attribute most of them directly to Donald Trump.

Trump failed in three clear ways: he was responsible for missing the early signs of danger, for refusing to lead a fast ramp-up when he did know the danger, and for leading in the wrong direction ever since.

First, the Trump administration worked overtime to turn off the mechanisms that previous governments had established as our early-warning radar. The Trump administration "explicitly dismantled the office in the White House" meant to deal with potential pandemics. It cut CDC staff inside China by 2/3 and allowed other on-the-ground health monitoring functions to wither as tensions rose around Trump's trade war. And when the information that was available led US intelligence to warn the President with increasing urgency throughout January, he ignored it.

Second, Trump deliberately and stubbornly sat on his hands in the face of danger to the American people. The Trump-imposed blindness to the threat set us back by multiple – and critical – weeks. Yet there was still time to act by the end of January, when Secretary of Health and Human Services Alex Azar announced a public health emergency.

But Trump spent February golfing, lunching, and watching TV, while claiming that the threat would disappear "like magic." He delayed accelerating production of personal protective equipment, especially masks, and was slow to lift tariffs on Chinese imports or invoke the Defense Production Act, steps that would have made equipment widely available earlier. These shortages led to concerns that medical providers would not have enough, and thereby contributed to confusing guidance for the public not to wear masks. That likely helped spread the disease much faster in the early days, with ripple effects that we are still feeling (studies show that routine mask use by even half the population would have flattened out disease spread and reduced the need for ongoing lockdowns).

There is no more damning fact than knowing that accelerating our national response by a mere two weeks would likely have prevented 90 percent of the subsequent first wave deaths, a figure that easily equals 100,000 Americans. This was totally do-able: the CDC's respiratory-disease chief publicly called for widespread school and work closures three weeks before Trump issued social distancing guidelines on March 16. Fifty-three countries imposed similar national guidelines or lockdowns before Trump took action.

Third, since March 16, Trump has spread confusion and inhibited our ability to implement public health measures that have been proven life-savers elsewhere. Researchers at Stamford University analyzed 38 million English-language articles about the pandemic and found that, as The New York Times described it, Trump "made up nearly 38 percent of the overall 'misinformation conversation,' making the president the largest driver of the "infodemic" — falsehoods involving the pandemic."

Trump pushed re-opening by Easter, urged a slowdown of testing, called for "liberating" states with anti-lockdown protests, pushed quack remedies like hydroxychloroquine or injecting disinfectant, and has sent mixed messages on masks. One could argue that America's opposition to mask-wearing is cultural, so Trump is not to blame. But pockets of mask resistance fall predominantly among Republicans, a group that is highly responsive to messaging from the President. We can only imagine what might have happened if Trump had clearly and consistently pushed mask-wearing as patriotic duty throughout this year.

Among the worst mistakes is that Trump has failed to lead on using all federal resources to address either the continuing shortage of tests or the resulting inability to enact meaningful contact tracing programs, neutering the most effective public health tools we have.

There are a lot of confusing and complicated things going on in this pandemic, as there are in our politics. The question of whether Donald Trump was responsible for a catastrophic failure in responding to Covid is not among them. Leadership matters in a crisis, and America's elected leader failed miserably. with disastrous consequences.