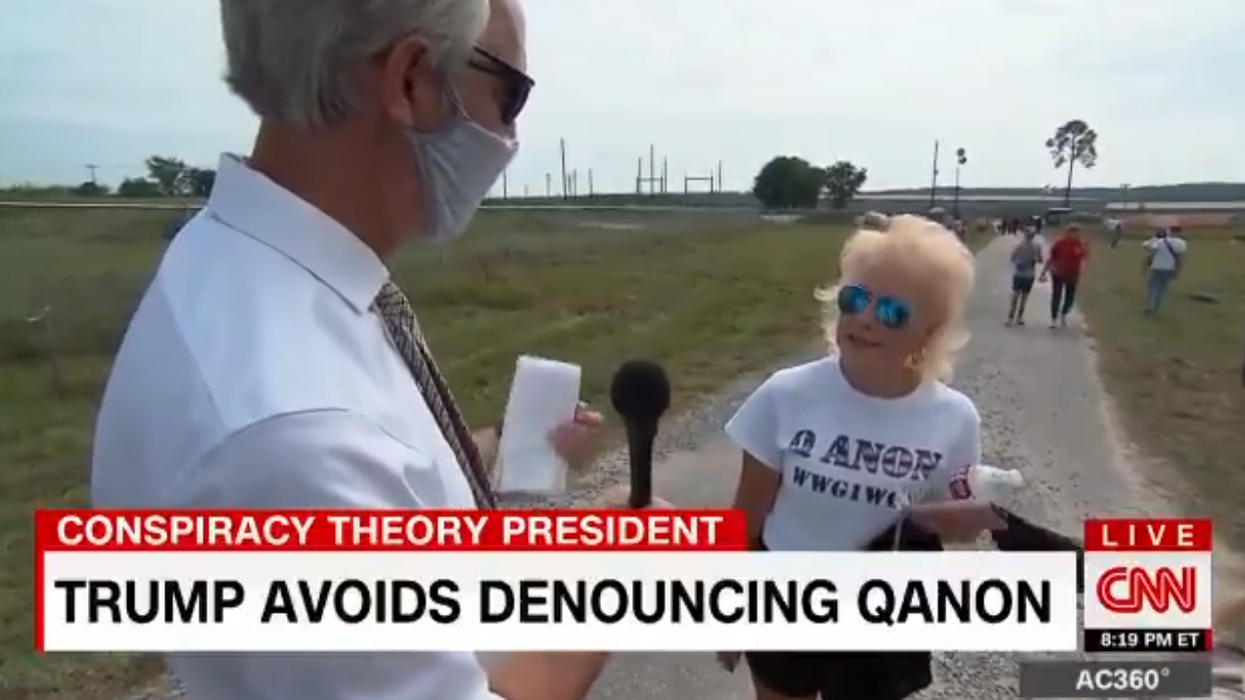 Despite being repeatedly grilled about the disturbing conspiracy theories which Guthrie explained, Trump continued to claim he had very little knowledge about the extremist group. Ahead of the president's campaign rally in Macon, Ga., on Friday, CNN national correspondent Gary Tuchman had an opportunity to speak with a number of Trump supporters who weighed in on the president's failure to condemn QAnon.

Tuchman spoke with CNN's Anderson Cooper with details about his observations and experience speaking with several of the president's supporters.

"Like we have seen before, most people are not wearing masks and not social distancing," Tuchman said of Trump's rally in Sanford, Fla., earlier this week. "It looks like a concert. He's been talking about locking up Hillary Clinton and no mention of QAnon. He had a chance to condemn QAnon last night but he did not do it. We talked to supporters in strong favor of QAnon and others know little about it but none we talked to want to condemn it."

Many of them believe the president's refusal to condemn the group is a subtle form of support for it. The first rallygoer Tuchman spoke with wore a white T-shirt that read, "QAnon: WWG1WGA" to show her support for the conspiracy group. Then, while speaking with two women, Tuchman asked, "Do you think he [Trump] has your back by not criticizing it?"

"Yeah," the woman responded as she nodded her head. "I really do."

The next rallygoer was asked should Trump denounce the QAnon conspiracy. He flatly responded, "No." When Tuchman described the conspiracy theories as "crazy stuff," the woman standing next to the man interjected saying, "No, that's what you guys try to make us believe, crazy stuff."

Not deterred, Tuchman pressed further: "But do you believe that there are Democrats and celebrities that are in a pedophile ring?"

When Tuchman asked the woman to explain the origin of the conspiracy theory, she struggled to come up with a solid answer.

"Where does that come from?" the woman repeated. "Why don't you ask the little kids?"

As Tuchman noted that there is no evidence to support the QAnon claims, the woman pivoted and asked what news outlet he works for. After learning he works for CNN, she quickly retreated with no further defense of the conspiracy. Despite no evidence, Trump's supporters have made it clear that they support him by any means. Tuchman also revealed how rare it is to ever find an undecided voter in attendance at a Trump rally.