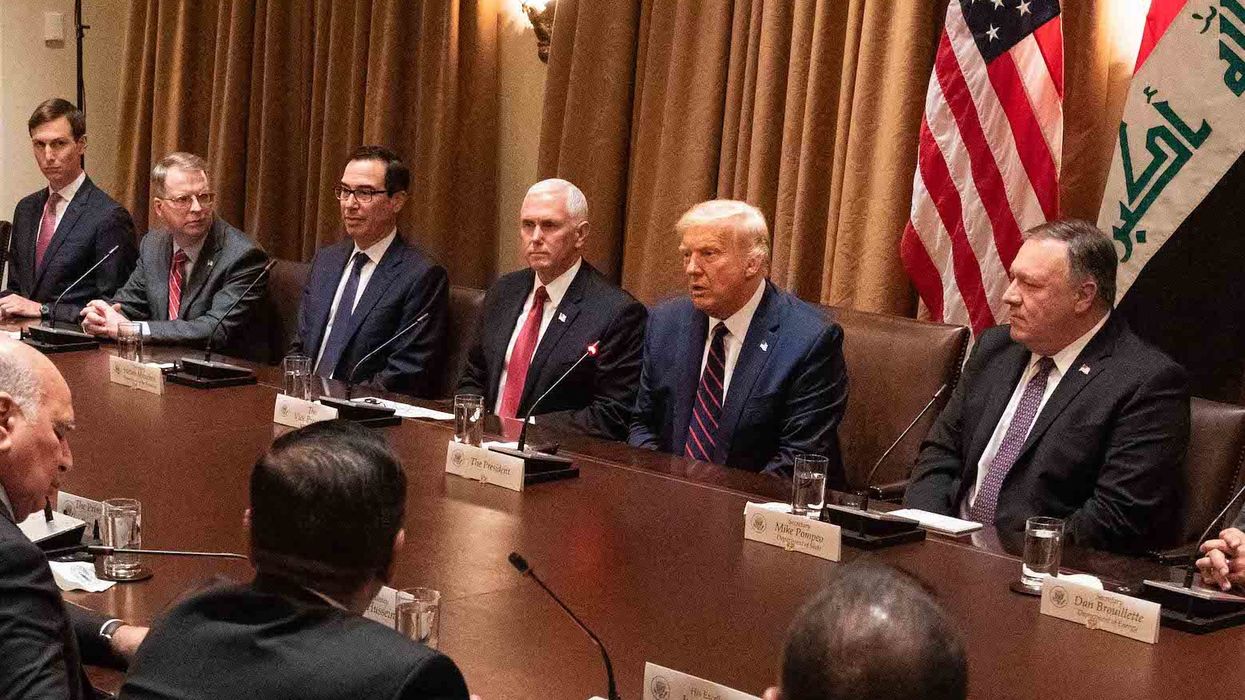 (Official White House Photo by D. Myles Cullen)
Trump’s hospitalization may cause a crisis of instability at the White House
Kenny Stancil
and
Common Dreams
October 04, 2020

A new analysis out Friday reveals that throughout President Donald Trump's failed response to the Covid-19 pandemic and its economic fallout that has resulted in the deaths of more than 200,000 Americans and left millions unemployed without public support, his administration has "engaged in a persistent pattern of political interference—repeatedly overruling and sidelining top scientists and undermining Americans' health to advance the president's partisan agenda."

The report (pdf) released by the House Select Subcommittee on the Coronavirus Crisis documents 47 separate instances in which White House officials have "attacked and undermined health experts" in the past eight months.

The report "does not capture each instance in which Trump or his appointees downplayed the danger of the virus to the public, made false and misleading statements about the science, and misstated key facts about the administration's response," but rather focuses on "instances where the administration actively interfered in the nation's public health response through executive action or public or private pressure."

Trump, Vice President Mike Pence, White House officials, and political appointees at the Department of Health and Human Services (HHS) and other agencies have interfered dozens of times both publicly and behind closed doors during the pandemic, the report states.

"These incidents have degraded every major facet of the administration's public health response," the report notes, "including efforts to provide Americans access to testing and personal protective equipment, develop treatments and vaccines, and provide scientifically sound advice to the public on masks, social distancing, and other steps to stay safe."

According to the subcommittee's analysis of public reporting and internal investigations, Trump's political appointees have:

The first documented case of political interference occurred on February 20 when the administration rejected the CDC's recommendation to separate infected and non-infected cruise ship passengers onto different flights.

There were 17 incidents in August and September alone, and the most recent instance examined by the subcommittee is also related to the cruise ship industry. On September 29, Pence overruled CDC Director Redfield's recommendation to "extend a no-sail order on passenger cruises until February 2021."

Axios reported at the time that "public health officials have privately complained that the thwarting of Redfield on the cruise ship ban is politically motivated because the industry is a major economic presence in Florida—a key battleground state where the polls are statistically tied."

According to the subcomittee, the "apparent goal" of the Trump administration's "unprecedented, coordinated attack on our nation's public health agencies... was, in the president's words, to 'play it down.'"

Less than two days before Trump—along with 43,000 additional Americans who have tested positive in the past 24 hours—was diagnosed with a virus he claimed was nearly defeated, a study (pdf) by researchers at Cornell University found that Trump is the "single largest driver" of misinformation about the Covid-19 pandemic, as the New York Times reported Wednesday.

On Friday, HHS Secretary Alex Azar testified before the select subcommittee in a hearing on the federal response to the coronavirus crisis. Watch below: