Melania Trump lashes out at the friend who turned against her 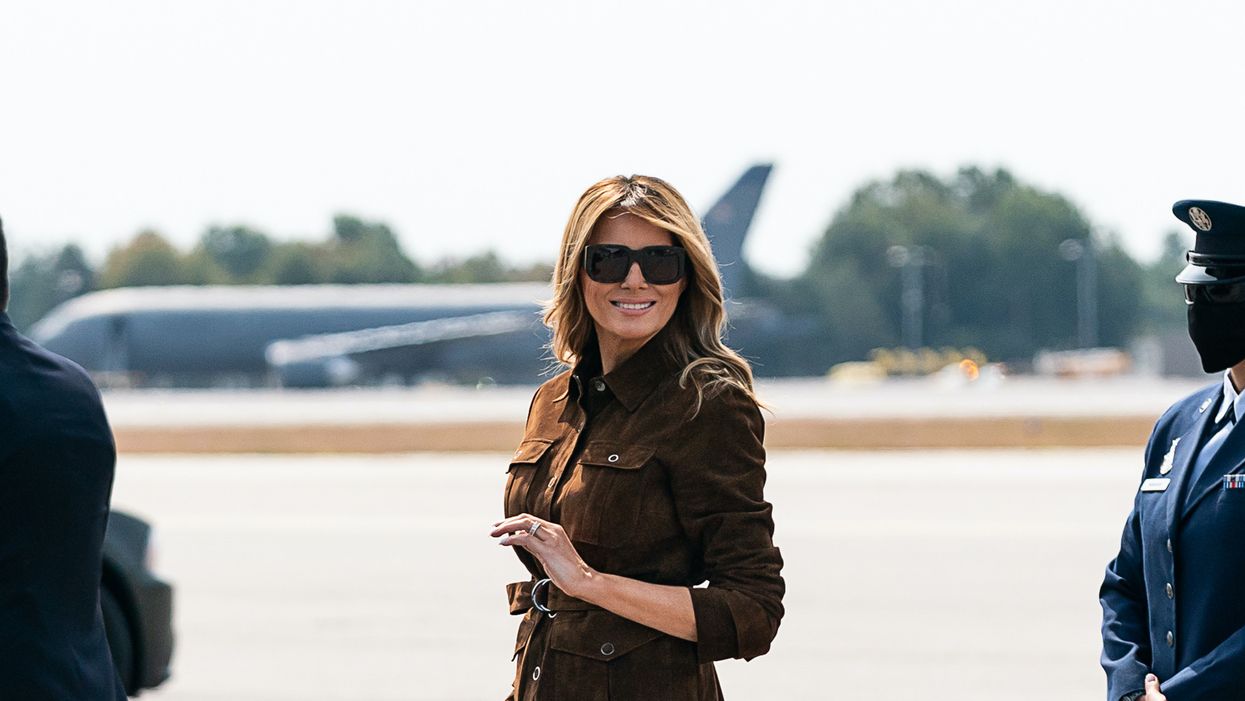 Melania Trump is attacking her former friend and senior advisor Stephanie Winston Wolkoff, who wrote a book and secretly recorded some of their conversations after the Trumps threw her under the bus.

The first lady recently wrote on the White House website that Barron, the Trump's youngest son, had tested positive for coronavirus, noting that she and Barron are both now negative.

But on Friday the first lady used the White House website for more nefarious purposes. She penned the attack on Wolkoff but attempted to hide it in a "Be Best" missive titled "Give Focus to Our Next Generation," as The Daily Beast reports.

"Over the last couple of weeks," the first lady begins, "I have had time to reflect on many things personal to me. One of the most honorable and important roles I have ever undertaken has been serving you, the American people, as the First Lady of this country.

"When I thought about where I wanted to put my time and efforts, there was no hesitation. BE BEST has one simple purpose—to help children. It serves to provide the tools children need to prepare them for their futures."

But then came the slam, which was not subtle, and not very "Be Best" at all.

"We all know that more often than not, information that could be helpful to children is lost in the noise made by self-serving adults. I have most recently found this to be the case as major news outlets eagerly covered salacious claims made by a former contractor who advised my office," she writes, refusing to say the name of her former friend, Stephanie Winston Wolkoff, instead calling her a "contractor" even though Wolkoff worked unpaid while at the White House. Later she referred to her as an "opportunist," not even acknowledging their once long snd strong friendship.

"A person who said she 'made me' even though she hardly knew me, and someone who clung to me after my husband won the Presidency," Melania Trump added.

"This is a woman who secretly recorded our phone calls, releasing portions from me that were out of context, then wrote a book of idle gossip trying to distort my character. Her 'memoir' included blaming me for her ailing health from an accident she had long ago, and for bad news coverage that she brought upon herself and others. Never once looking within at her own dishonest behavior and all in an attempt to be relevant. These kinds of people only care about their personal agenda—not about helping others," Melania writes, apparently in an attempt to offer advice to Americans seeking her "Be Best" wisdom.

"As a country, we cannot continue to get lost in the noise of negativity and encourage ambition by those who seek only to promote themselves," the first lady adds, seemingly unaware of who her husband is.