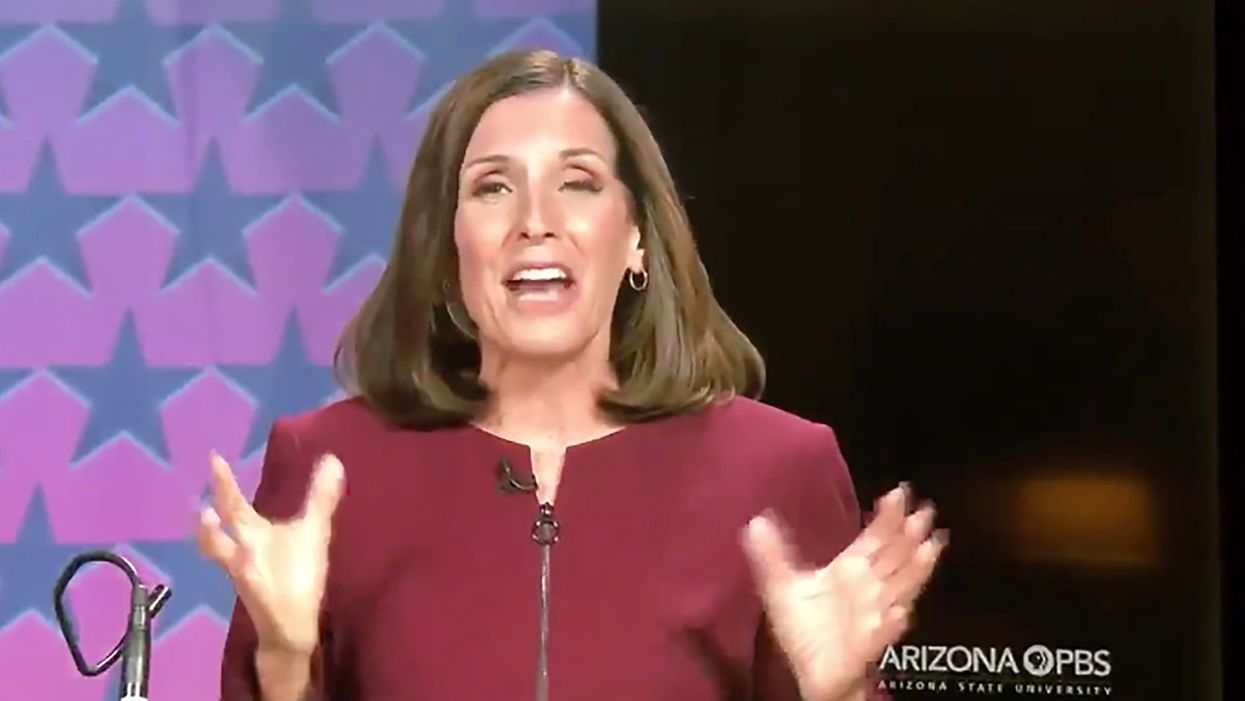 Poll after poll has shown Republican Sen. Martha McSally losing to her Democratic challenger, Mark Kelly, in Arizona's 2020 U.S. Senate race. The incumbent senator tried to salvage her campaign this week during a debate with Kelly, but things did not go well for McSally when she was asked about her support for President Donald Trump and went out of her way to dodge the question.

The debate moderator asked McSally: are you proud of your support for President Trump? But McSally responding by attacking Kelly.

McSally accused Kelly of promoting "the most radical agenda that we've seen," insisting, "Candidate Kelly says that he's an independent and a moderate — and lots of platitudes here. But the stakes could not be higher. If you want your tax cuts, I'm your girl. If you want the largest tax increase in history, you've got somebody else over here."

The moderator, however, reiterated his question, saying, "Senator, the question was: are you proud of your support for President Trump" — and her evasive response was, "I'm proud to be fighting for Arizona every single day." Then, the moderator repeated his question once again, and McSally continued to dodge it.

It isn't hard to understand why McSally didn't want to defend her support of Trump during the debate. She is competing with Kelly in a swing state in which a centrist Democrat, Arizona Sen. Kyrsten Sinema, won the state's last U.S. Senate race in 2018. And polls show that former Vice President Joe Biden is quite competitive in Arizona, a state which Trump won by only 3% in 2016.