The unhinged QAnon conspiracy cult has become a ‘new constituency’ for the Republican Party: report 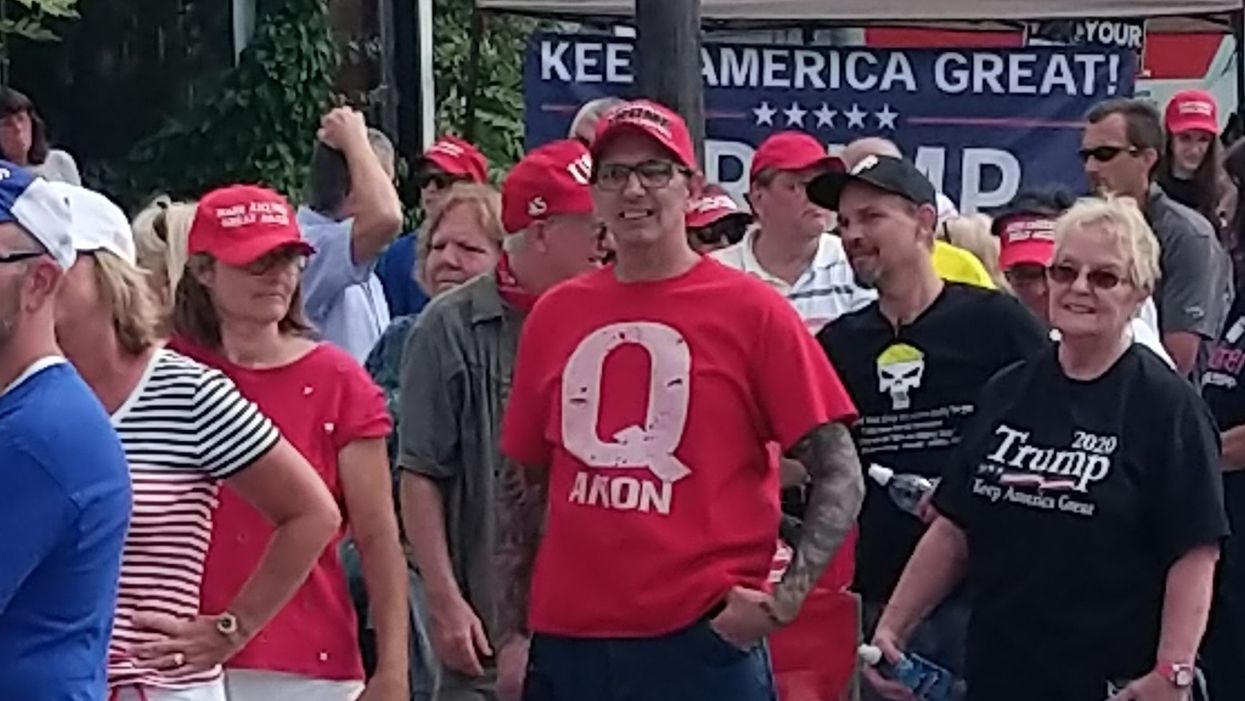 Marc Nozell from Merrimack, New Hampshire, USA / CC BY (https://creativecommons.org/licenses/by/2.0)
QAnon functions ‘like a video game’ to ‘hook’ converts — and some of them include former Navy SEALs: reports
Alex Henderson
October 16, 2020

When NBC News' Savannah Guthrie was grilling President Donald Trump during a town hall event on Thursday night, October 15, she gave the president every opportunity to criticize QAnon — and he wouldn't say a word against the far-right cult/movement. But Trump isn't alone in that regard. Journalist Tina Nguyen, in an article for Politico, stresses that the Republican Party of 2020 has formed an "uneasy relationship with the QAnon conspiracy theory." And Nguyen describes some of the inroads QAnon has been making with the GOP.

"The QAnon world is no longer simply a social media community trafficking in conspiracy theories," Nguyen explains. "It's increasingly a new constituency for the GOP — one that's fired up like the rest of the MAGA movement, warring with tech giants and ready to battle through Election Day on behalf of a struggling president."

Trump, Nguyen observes, has "retweeted and highlighted several (social media) accounts with a history of posting QAnon content" and has "stoked conspiracy theories that originated in the QAnon world." And Trump, according to Nguyen, has "increasingly allowed into the arms of his MAGA movement a group that had been dismissed as fringe nonsense."

QAnon believes that the federal government of the united states has been infiltrated by an international cabal of pedophiles, Satanists and cannibals and that Trump was put in the White House to combat them. According to QAnon extremists, an anonymous figure named Q is giving QAnon members updates on Trump's battle. The FBI has warned that QAnon is capable of domestic terrorist attacks.

Guthrie, during the October 15 townhall, described some of QAnon's unhinged beliefs. And Trump responded, "I know nothing about QAnon. I know very little. I do know they are very much against pedophilia. They fight it very hard."

The U.S. House of Representatives recently passed a resolution condemning QAnon as an unhinged and dangerous hate group. The "vast majority" of House Republicans, Nguyen notes, voted in favor of the resolution — and yet, 17 House Republicans didn't.

QAnon enjoyed a victory in August when QAnon supporter Marjorie Taylor Greene — who was supported by well-known Republicans like Rep. Jim Jordan and White House Chief of Staff Mark Meadows — won a GOP congressional primary in Georgia. Given how overwhelmingly Republican Greene's district is, she will likely win the general election on November 3 and be sworn into the U.S. House of Representatives in January 2021. Trump has praised Greene as a "rising star" in the GOP.

"In effect, QAnon has become a voter bloc within the MAGAfied version of the Republican Party," Nguyen reports. "As the official networks housing Q theories get taken down — platforms shutting down groups, Twitter cracking down on hashtags — the QAnon movement has found a home inside the MAGA movement."
From Your Site Articles
Related Articles Around the Web
Report typos and corrections to: feedback@alternet.org.
#story_page_ below_article