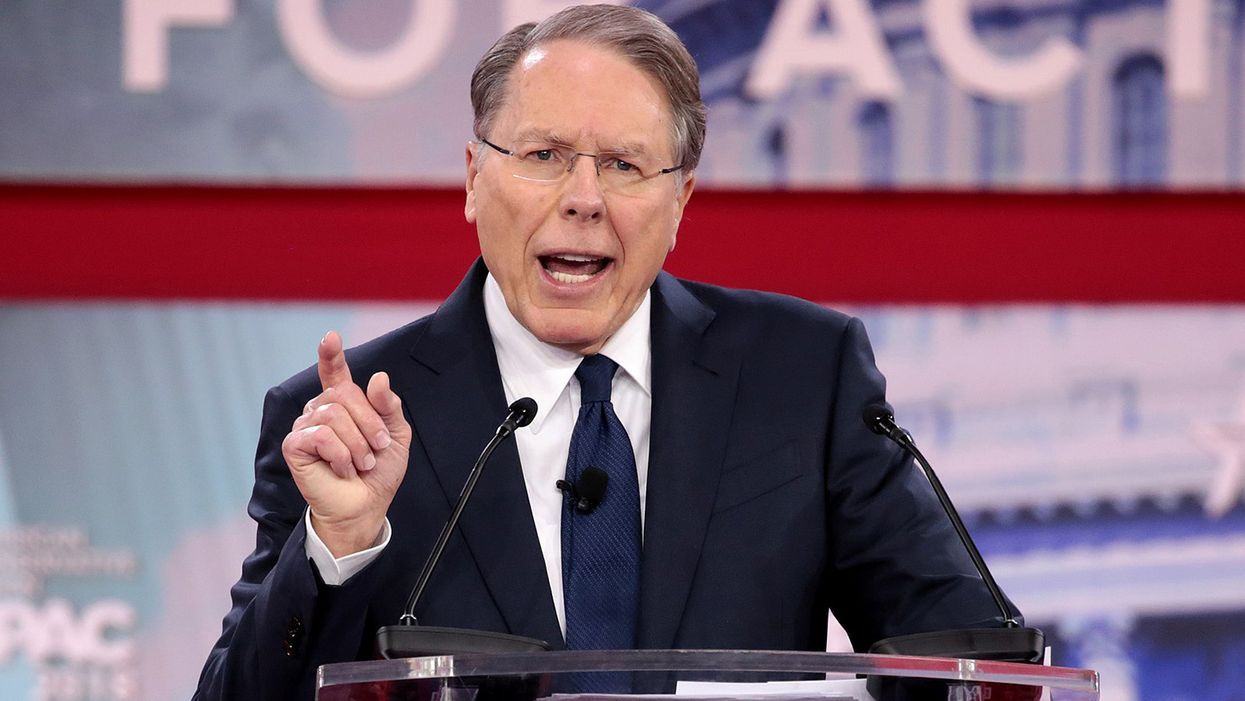 The reported probe comes after LaPierre, who collected $11.2 million in income from the NRA between 2014 and 2018, was accused of funneling millions in personal expenses through the nonprofit and its vendors in a lawsuit filed by New York Attorney General Letitia James, which seeks to dissolve the organization.

James, whose lawsuit aims to remove LaPierre from his position as the group's CEO and recoup millions in lost assets, said when she announced the move in August that she would refer her investigation's findings to the IRS. The lawsuit also named several other NRA executives, alleging that had they contributed to the group's $64 million loss over three years by awarding contracts to relatives and close associates and failing to comply with tax laws.

"Altogether, there are 18 causes of action, and these actions violated multiple laws, including the laws governing the NRA's charitable status, false reporting on annual filings with my office and the IRS, improper expense documentation, improper wage reporting, improper income tax withholding, failure to make required excise tax reporting and payments; payments in excess of reasonable compensation to disqualified persons; and waste of NRA assets amongst other offenses," she said at the time.

James said the investigation did not "come to a conclusion on whether or not [LaPierre] violated the Internal Revenue Code," but that she would refer her findings to the IRS.

Kent Correll, an attorney for LaPierre, told The Journal that he was "not aware of any inquiry."

"The NRA is not aware of any IRS inquiry, but of course, will fully cooperate with any appropriate requests for assistance," William Brewer III, an outside attorney for the NRA, told the outlet, adding that the group's tax filings are audited.

The IRS investigation is related to LaPierre's personal taxes, according to the report.

James alleged that LaPierre had received undisclosed compensation through the NRA and its vendors in the form of lavish trips and expensive suits, among other benefits. The lawsuit claimed that the NRA did not include the compensation in LaPierre's W-2 forms, which "permitted him to file false personal tax returns with the IRS."

If it is a criminal case, "the IRS would be looking for evidence of concealment," Mark Matthews, the former head of the agency's Criminal Investigation unit, told The Journal.

Rep. Brad Schneider, D-Ill., who also called on the IRS to investigate LaPierre, predicted that the investigation would "likely reveal a pervasive corrupt climate at the NRA, requiring direct action by the IRS and the Justice Department."

The lawsuit alleged that LaPierre and his family flew on private jets to the Bahamas at least eight times over several years, costing the group more than $500,000. LaPierre allegedly stayed at a hotel paid for by a Hollywood producer, who was a major NRA vendor in the Bahamas, or on the producer's 108-foot yacht, which was not disclosed.

LaPierre told James' office that he had not disclosed the trips for security reasons. He argued they were work-related, because they included discussions about the NRA Women's Leadership Forum, with which his wife and niece are involved.

"Any time I get the two of them together anywhere, there is a benefit for the NRA," LaPierre told investigators, according to the lawsuit. "Yeah, they got together in the Bahamas . . . It could have been in Washington."

He also said he relied on private jets for security reasons, and he was not aware there were limits on how much he could spend for private air travel.

The NRA also faces a separate lawsuit from D.C. Attorney General Karl Racine, which accused the group of diverting funds from its charitable arm for "wasteful spending" by its executives. The lawsuit alleges that the NRA sought to "exploit" its charitable foundation with "risky multi-million-dollar loans" and charged the foundation "millions of dollars in fees without documentation of the work the NRA was performing."

"Charitable organizations function as public trusts," Racine said, "and District law requires them to use their funds to benefit the public — not to support political campaigns, lobbying or private interests."

Gun control advocacy groups sent LaPierre their "thoughts and prayers" after the latest report, a knock on the NRA's frequent refrain after school shootings.

"Wayne LaPierre's decades of alleged self-dealing are finally catching up with him," said John Feinblatt, the president of Everytown for Gun Safety, "but the true cost of his reckless leadership of the NRA should be measured in lives lost, not dollars stolen."