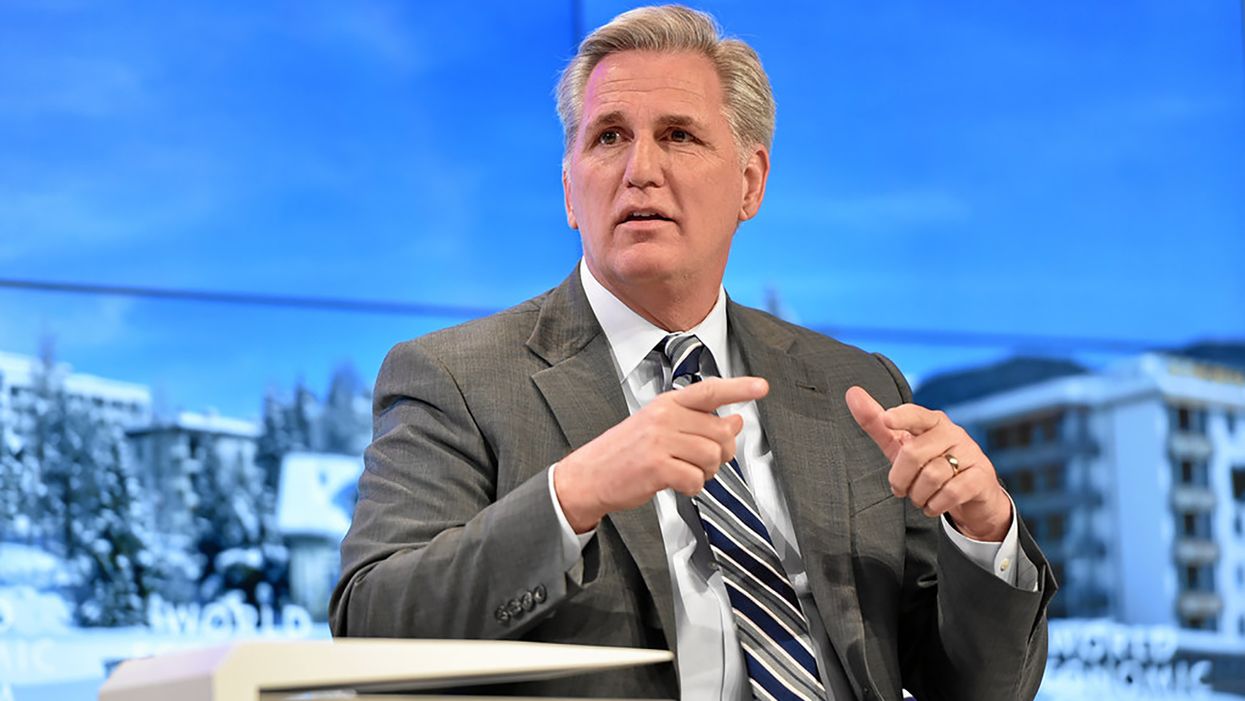 DAVOS/SWITZERLAND, 22JAN16 - Kevin McCarthy, Majority Leader and Congressman from California (Republican), 23rd District, USA makes a statement during the session 'Priorities for the United States in 2016' at the Annual Meeting 2016 of the World Economic Forum in Davos, Switzerland, January 22, 2016.
Laura Clawson
and
Daily Kos
October 01, 2020

Republicans have finally gotten serious about electing women to Congress, and as a result there are almost half as many Republican women still in the running for House seats as there are Democratic women. After a major wipeout in 2018, Republicans acknowledged that maybe they need to back women in primaries and in safe seats so that a blue wave doesn't leave their caucus a total sausage fest.

"The challenge is when you start getting women and minorities just in the swing seats," House Minority Leader Kevin McCarthy told Politico. "I want people to be in leadership. So going into these safer seats, I've worked hard to provide that opportunity as well." All that hard work has yielded 94 Republican women heading to general elections, while Democrats field 206 women, according to the Rutgers Center for American Women and Politics.

Women won just five of the primaries for safe Republican seats with retiring incumbents in 2020—a big step up from the two who won those primaries in 2018, but not exactly 50%. There are currently 13 Republican women in the House, but with two retiring and two facing tough challenges, those five primary wins by Republican women in ultra-red districts doesn't mean an automatic gain of five.

In short, 2020 looks better for Republican women than 2018, but on every metric of improvement, there's a big old but. What Republicans do have is a small number of women ready to loudly proclaim their presence to political reporters doing trend stories.

"I'm honored and proud to help change the discussion," Diana Harshbarger, who won one of those red-district primaries and is virtually certain to be elected, told Politico. "Conservative Republican women are alive and well and I hope I can be an inspiration."