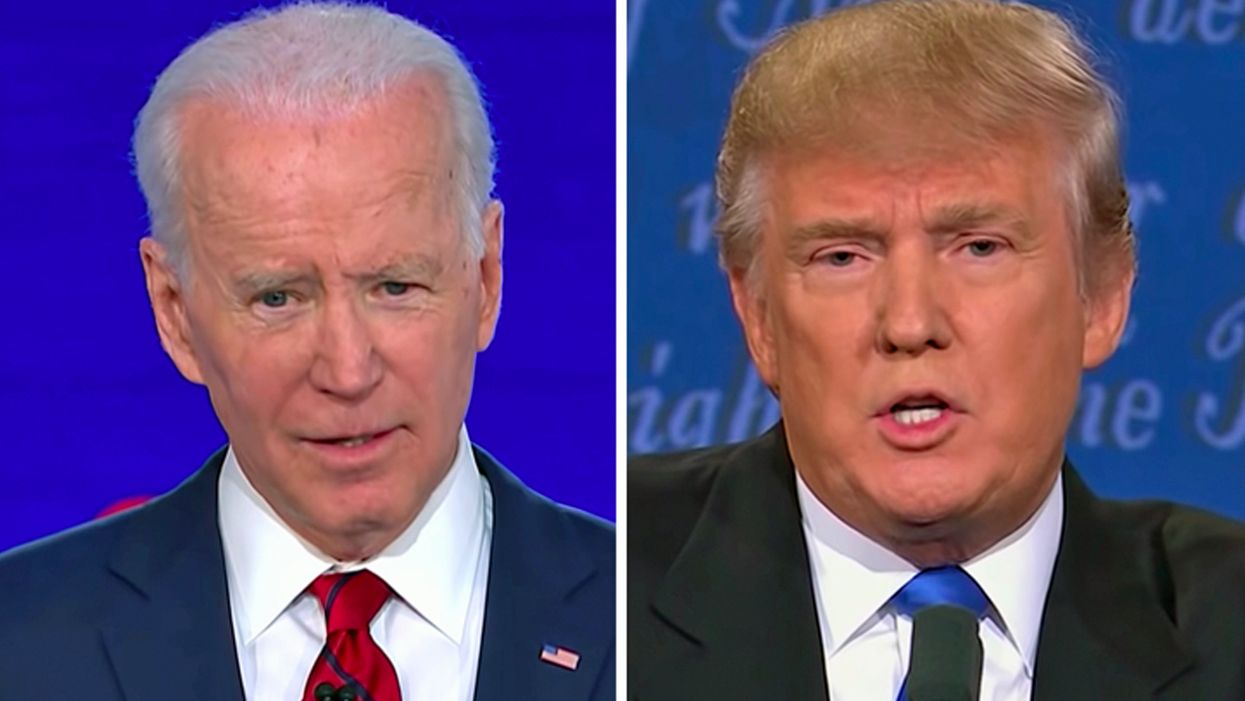 Even after rattling off various positive measures of Donald Trump's health in various press conferences, White House physician Dr. Sean Conley has been adamant about not answering one of the most vital questions facing those exposed to Trump in recent days: When was the last time testing showed Trump was not carrying the pandemic virus that would send him to the hospital only a day after the White House admitted he was sick?

That's important, because it would allow those who came into contact with Trump during last Tuesday's presidential debate to know whether they spent 90 minutes in an enclosed space with a COVID-19 carrier shouting at them for most of that time—one of the precise scenarios that experts warn is most likely to result in pandemic spread.

It's also important because all evidence so far points to the White House knowing of Trump's illness at least as of Monday, before the debate. And it's important because the pattern of infections coming out of the White House do not appear to correlate with people who attended the Rose Garden celebration the previous weekend. They appear to more closely correlate with people known to have spent significant amounts of time in proximity to Donald Trump himself.

On Monday, we were treated to a rare sight at the White House: An outdoor press briefing in which Trump spoke at a podium alone, while all other speakers at the pandemic-related briefing used a podium set up on a separate platform well-distanced from Trump's own.

Tuesday's debate featured another unusual sight: Melania Trump alone, among the Trump family, followed debate venue rules and kept her mask on during the full event—only removing it when approaching Donald at his podium for the usual post-debate family visuals. But the Trump family arrived at the debate venue too late to be given COVID-19 tests at the venue, debate moderator Chris Wallace said afterward. "There was an honor system when it came to people that came into the hall from the two campaigns."

There are reasons to believe the White House is lying about the outbreak timeline, and it is absolutely certain that they are hiding key elements of that timeline, as White House doctor Conley did yet again on Monday. The first known illnesses from the White House outbreak are, for the most part, those immediately surrounding Trump himself.

All of them were seen in close proximity to Trump in the Diplomatic Room of the White House, during an indoors reception for Barrett that featured a much smaller group of people. Infections during the Rose Garden event were not, as far as we know, spread evenly throughout the outside crowd. They have appeared predominantly among the most important guests, the ones allowed to sit and the first few rows—and who were invited inside for a more personal meet-and-greet hosted by Trump.

The evidence, then, is that Trump himself may have been the source of infection for most of the COVID-19 cases in his orbit. Whether he was or wasn't, the outbreak was in full swing as of Saturday, during the Diplomatic Room event.

The White House, however, is flatly refusing to tell the public, the Biden campaign, the debate staff and others Trump met with when Trump, who is allegedly as president tested daily or near-daily, was last known to be free of the virus. They either don't know—because they haven't been doing the testing—or they're hiding it because they have a reason to hide it. The White House has also announced that it will not be doing contact tracing of Rose Garden guests, nor will they allow the Centers of Disease Control and Prevention to launch that effort itself.

They are quite insistent on not finding out either the true extent of the White House outbreak, or revealing its origins.

It's reasonable to question whether the White House knew Trump was infected, or suspected it, at least as of Monday, when Trump's press event was set up to have the unusual dual-podium arrangement. It's reasonable to question whether the Trump campaign avoided testing at the venue not out of lateness, but because they did not want testing to be done. It's not just reasonable to assume Trump, a malevolent narcissist, would willingly expose others to his illness for momentary gain: It's proven, both from Trump's pointless but self-celebrating joyride around Walter Reed, unnecessarily putting Secret Service agents in an airtight container with him at the likely height of his own contagiousness, and his immediate removal of his mask upon returning to the White House.

There are very good reasons to suspect that the White House knew or believed Trump to be infected with COVID-19 before the debate with Democratic presidential candidate Joe Biden took place, and that the White House covered up his infection to allow the debate to go forward. It is possible that, had Trump not become so physically ill two days afterward as to require public acknowledgement, then hospitalization, the White House intended to hide Trump's infection from the public completely.

This would be unconscionable behavior by itself, but exposing a rival presidential candidate to a deadly disease on purpose brings it past unconscionable and into the realm of the unthinkable. But here we are.

This is not an idle, fringe supposition. Senate Democratic leaders are themselves demanding that the White House explain their secrecy around Trump's initial diagnosis, accusing the White House (correctly) of "deliberately" hiding this information. The press is focusing in on this question as well. It is entirely within the realm of possibility that this White House would cover up a presidential illness even if it caused the possible death of others, and even if it exposed Trump's immediate campaign rival to the same disease. On the contrary, it is the most plausible theory we have as to why the White House is refusing to clarify the timeline of Trump's illness.

White House physician Dr. Sean Conley is explicitly hiding this information—and endangering lives. This is not tenable. If the press cannot scrape an answer from him, Vice President Biden's Secret Service detail might need to go question him directly.