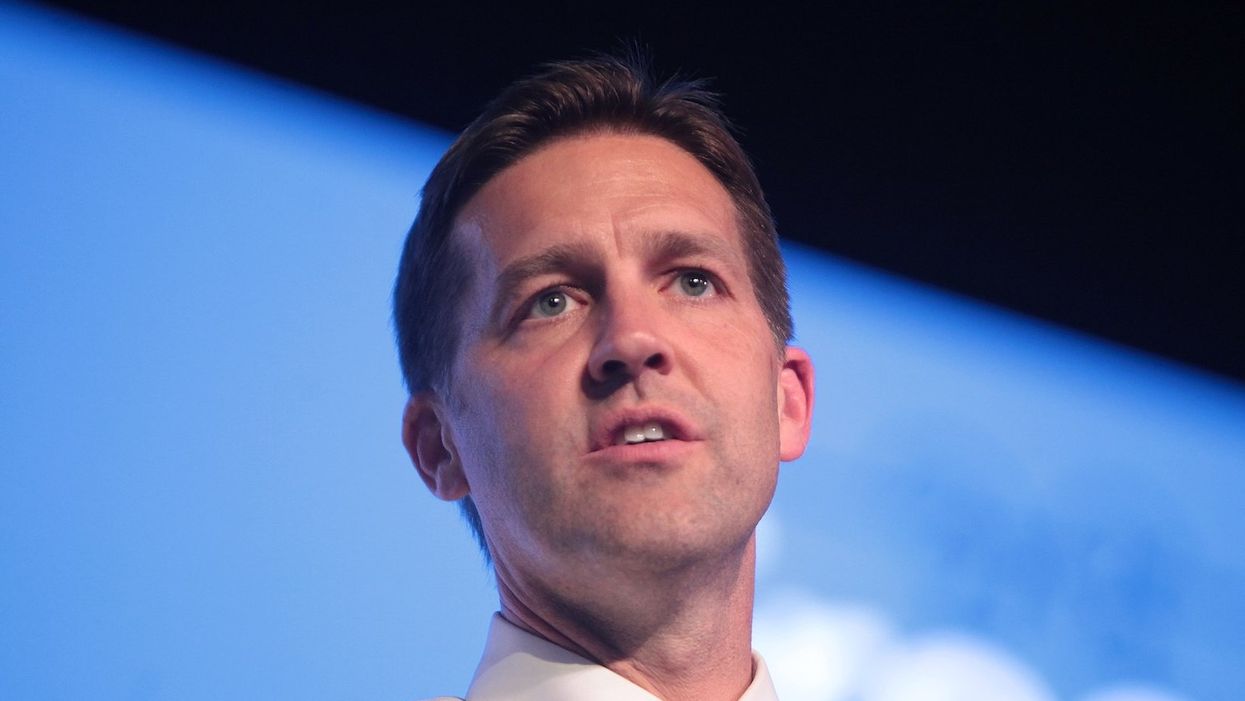 Republican Sen. Ben Sasse of Nebraska was recorded delivering an extensive tirade on his scathing view of President Donald Trump during a call with constituents, the Washington Examiner revealed Thursday in a new story.

Sasse was asked by a questioner why he disagrees with the president as much as he does. At first, Sasse tried to emphasize the agreements he has with Trump on policy, citing the president's judicial appointments, and arguing that the president has actually moved toward more traditionally Republican views since his election.

But then he began to explain where he parts with the president, saying the disagreements are about more than "mere policy issues."

Sasse echoed many of the arguments Democrats have made about Trump's unfitness and grotesque character over the years. (Notably, Sasse did not vote to remove Trump during the impeachment proceedings in the Senate, as GOP Sen. Mitt Romney of Utah did. And while Sasse was once a vocal critic of the president, he quieted his opposition when he needed Trump's support during his primary campaign.)

"The way he kisses dictators' butts. I mean, the way he ignores that the Uighurs are in literal concentration camps in Xinjiang. Right now, he hasn't lifted a finger on behalf of the Hong-Kongers," Sasse said. "The United States now regularly sells out our allies under his leadership, the way he treats women, spends like a drunken sailor. The ways I criticize President Obama for that kind of spending; I've criticized President Trump for as well. He mocks evangelicals behind closed doors. His family has treated the presidency like a business opportunity. He's flirted with white supremacists."

He was also critical of the president's response to the pandemic, though he prefaced his comments by saying the media takes the criticism too far.

"First, he ignored COVID," Sasse explained. "And then he went into full economic shutdown mode. He was the one who said 10 to 14 days of shutdown would fix this. And that was always wrong. I mean, and so I don't think the way he's lead through COVID has been reasonable or responsible, or right."

He also warned that Trump is likely turning off young voters from the Republican Party and conservatism.

"If young people become permanent Democrats because they've just been repulsed by the obsessive nature of our politics, or if women who were willing to still vote with the Republican Party in 2016 decide that they need to turn away from this party permanently in the future," he explained. "I've spent lots of the of the last year on a campaign bus, and when you listen to Nebraskans, they don't really want more rage tweeting as a new form of entertainment."

A staffer for Sasse confirmed the authenticity of the recording to the Examiner, but expressed outrage that people are so focused on the presidential race: "The fragile Senate seats that will determine whether Democrats nuke the Senate are the races Ben cares about, the races he's working on, and the only races he's talking about."