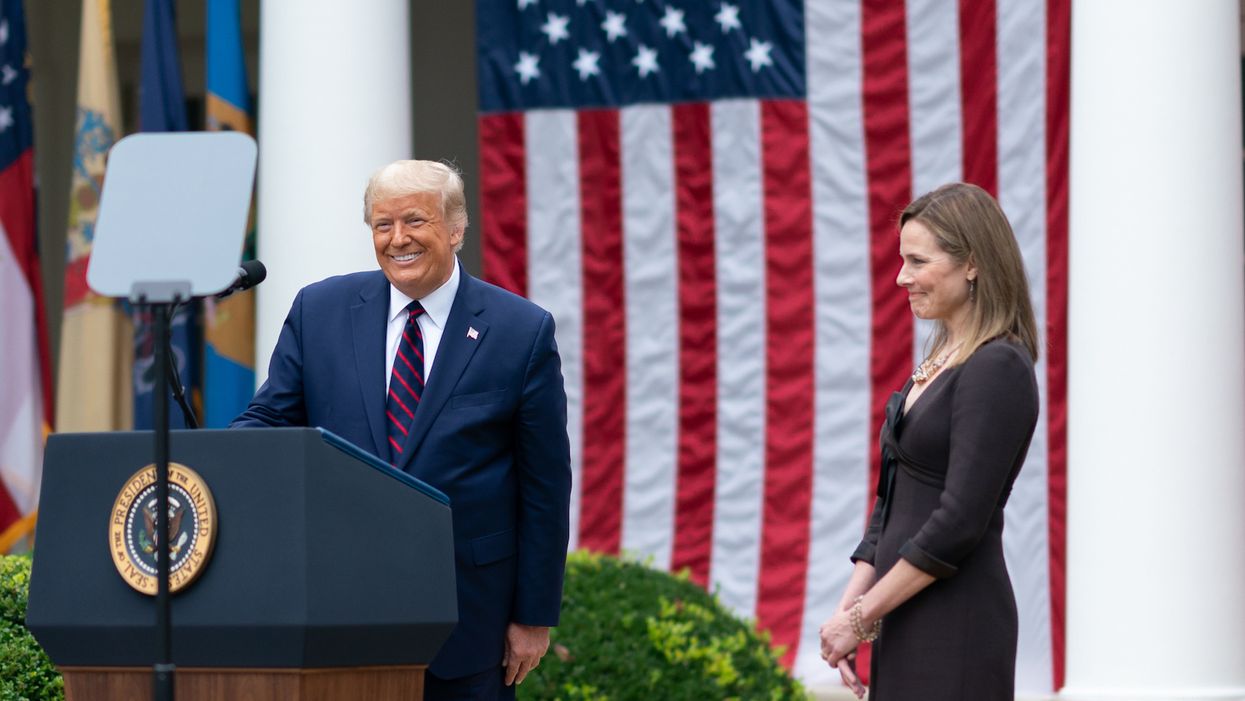 Mark Sumner
Participants in Amy Coney Barrett's introduction were encouraged to take off their masks and mingle
Sarah Toce
and
The New Civil Rights Movement
October 05, 2020

Appearing ON MSNBC on Sunday afternoon, former Trump White House official Omarosa Onee Manigault Newman revealed staffers at the White House are upset with the president over the Rose Garden ceremony that seems to have led to a COVID-19 outbreak. She also shed light on what might really be going on with President Donald J. Trump as he receives care at the facility. She spent some time there when she fractured her foot during the early part of her tenure with the Trump administration.

"I had an opportunity to go to Walter Reid and I spent a lot of time there because I was in that boot for about six months and I had to go back and forth," she said. "I"m so grateful for my doctors there, but let me just tell you what it is like at Walter Reid. Particularly the presidential suite, probably one of the most advanced medical wings. They can fully support Donald Trump and his COVID diagnosis. The only comfort I have is knowing he is only a mile away from George Washington hospital where they, too, are part of the umbrella of medical care and the director there can also handle any kind of presidential incidents. But why go and expose the staff, the secret service, the military aides, the wonderful staff in the residence, even the junior staffers you see there going in and out? They're at risk in the Trump White House."

She added, "What surprised me about him being moved, particularly with the symptoms they're describing, are symptoms that could have easily been treated at the White House. That leads me to believe that his condition is worse than what they are describing. For him to be transported means there are things they have not shared with the American people."

She revealed more about the inner workings at the White House during the pandemic.

"I will tell you there are members of the staff, career staffers, who are very upset about the fact that this outbreak has happened," she added. "They're calling it the Rose Garden Massacre. It could have been prevented. Many of those career staffers have been testing positive for COVID and they do not have access to the best cutting edge technology like the president does. They could succumb to this virus. So I'm hearing things, and a lot of it is that they just don't understand why even now the White House has not changed their mask policy. People are still being allowed to roam around the complex saying they're optional."

During the press conference outside of Walter Reed Medical Center, the president's team of doctors said: "Our plan for today is we want him to eat and drink. be up and out of bed as much as possible. If he continues to look and feel as good as he does today, we hope to discharge him tomorrow."