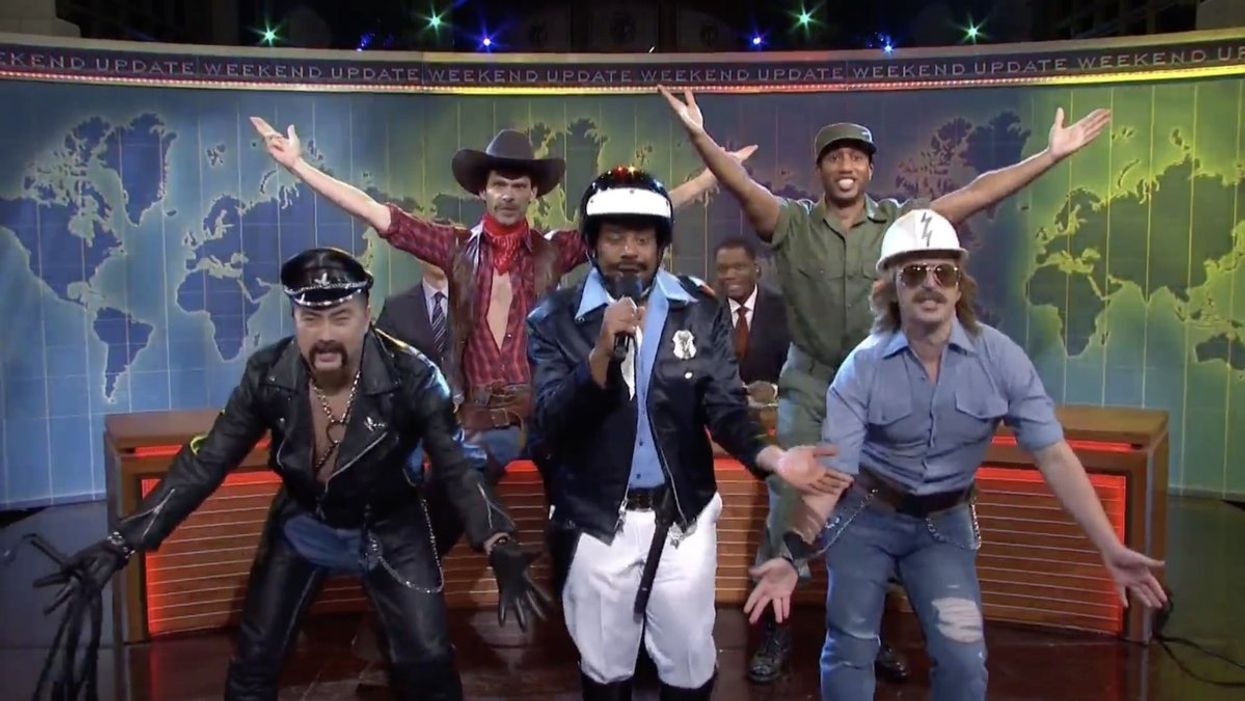 The fake Village People made a surprise appearance on "Saturday Night Live" to tell President Donald Trump to stop using their music at his rallies or they'll shave Ivanka Trump's head.

"If you have been watching the Trump rallies, you probably noticed Trump dancing to The Village People," said Colin Jost during the Weekend Update segment. "If you haven't, let's take a look."

"Stop it! Yeah I'm talking to you," they sang. "I said, stop it. This is long overdue because we never said that we support you. You must pay us to use our songs, Donald. Because of all of your lies, we're playing hardball, and we got a surprise he's a lawyer who you might recognize he is Alan Dershowitz Hello! He's going to send you a cease and desist. Get ready for a cease and desist. Alan knows where you been. He knows what you've seen on that island with Epstein..."

"No, because that's a really serious allegation. Also, isn't Alan Dershowitz for Trump?"

"Do you guys all feel the same way about Trump? You're all from different walks of life, right?" asked Jost.

"It's kind of complicated. You see --" Thompson before the group started to sing again.

"The soldier said that you let him down. And the gay man said you don't want him around. And the Native is sick with COVID-19. Only the construction worker still believes. Although he is only one man, he must comply with all our demands. So, we voted and came up with a plan. I promise you we will shave Ivanka's head we're going to shave Ivanka's head it won't be that hard she'll look like Jean-Luc Picard."

"Hey, hey, stop! Wait. You're saying you're going shave Ivanka's head? You can't just say that!" shouted Jost. "That's got to be, like a felony!"

Thompson explained that everything is legal if you sing it in a song!