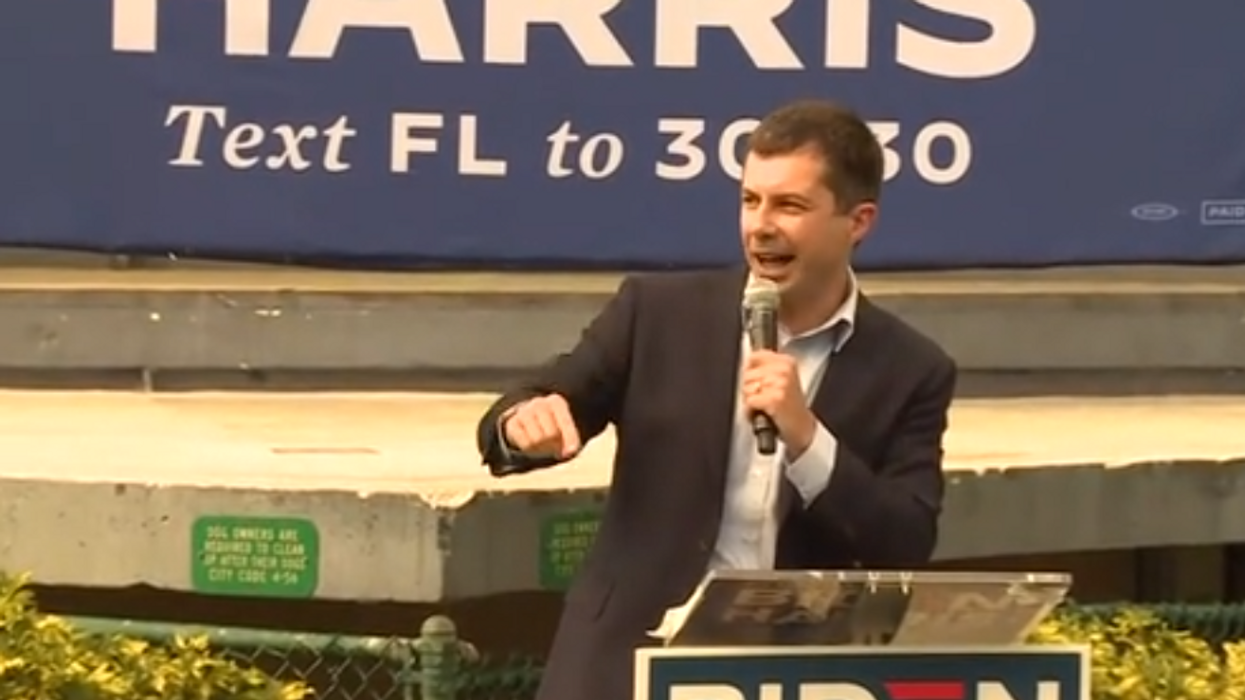 Former South Bend, Ind., Mayor Pete Buttigieg (D) gave a Trump-supporting heckler a taste of his own medicine when he interrupted his campaign rally for Joe Biden.

On Wednesday night, Buttigieg held a rally in St. Pete, Florida to campaign for Democratic presidential nominee. He crossed paths with a man wearing a red MAGA hat and khaki shorts, reports Pink News. The man held his cell phone up to live-stream his heckling protest.

Buttigieg's staffers made attempts to remove the heckler but to no avail. However, that did not stop Buttigieg from getting his point across.

He went on to note the importance of inclusion in America as he painted a picture of a better America focused on "rejecting racism and embracing one another for a better future."

"Are you not proud to be an American in a country that makes room for all of us, but whose values include rejecting hate and rejecting those who would deny science when it could save lives? Rejecting racism and embracing one another for a better future for this country?"

Then, Buttigieg offered a direct message to the heckling Trump supporter saying, "And don't you feel a little sorry for a president who finds it necessary to draw this kind of support? But it's OK sir, because when Joe Biden is president you will be safer too."

As Buttigieg attempted to get back on track and focus on the rally, the heckler continued with his antics. So the once-presidential hopeful challenged the heckler again asking, "Can I finish my remarks? Are you afraid to hear what I have to say?"

When that approach did not work, Buttigieg went for another angle asking, "Do you denounce white supremacy?"

To that question, the man nodded that he did. Buttigieg hit back with remarks on President Donald Trump checkered public stance on white supremacy. "Good, then we agree on something. That's a beginning point. See if you can get your president to do the same thing."

Buttigieg also took a dig at Fox News and Vice President Mike Pence as he recalled his commitment to helping the Biden-Harris campaign on their road to the White House. Over the last several weeks, Buttigieg has become one of Harris' top allies as Democrats band together to take the Oval.

His latest remarks come shortly after his previous Fox News appearance with host Martha McCallum. He was asked about Harris change of heart regarding Medicare for All. Buttigieg quickly fired back with an argument of his own as he noted the hypocrisy of Pence, an evangelical Christian, running on a political ticket with Trump, a president caught cheating on his wife with a known adult film star.

"Well, there's a classic parlour game of trying to find a little bit of daylight between running mates," Buttigieg quickly fired back.