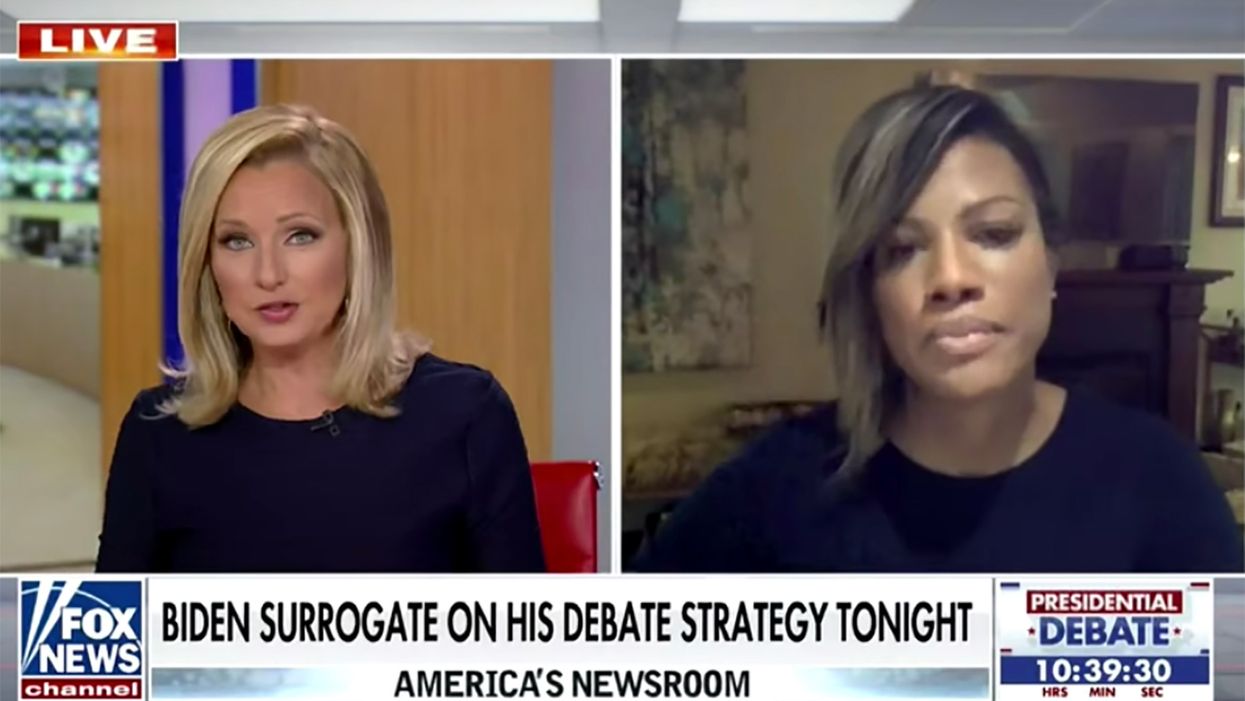 "We can assume that the president is sharpening his attacks particularly when it comes to Hunter and Joe Biden," Smith told Rawlings-Blake. "How is Joe Biden preparing to respond and defend himself against those attacks, particularly now that Hunter Biden's former business partner is coming forward."

"The way the [vice president] is going to prepare is the same way that Fox prepared when this story first showed up," Rawlings-Blake explained, "which is to turn it down."

"We don't know that," Smith complained. "That's news to us."

"When you reference a bogus story that Fox turned down, we have no information on that," Smith said. "When this story surfaced, it was news to us."

"This is the debate that's going to take place on that stage tonight," the Fox News host remarked. "How does Joe Biden respond considering we have not seen him answer any questions about it?"

"He responds by acknowledging — just like the FBI did — that this is a bogus story," Rawlings-Blake replied, "perpetuated and put out in the fake news network to interfere with the election. These are desperate times. President Trump sees the numbers. Fox News sees the numbers, but I want to assure Fox News and all of the watchers, you'll have advertisers after this election is over, you'll have airtime after this election is over. It will be OK. You will be able to report on real news without desperately needing a circus."

Smith pressed: "What if the question comes up? Joe Biden, do you refuse the fact that these were real emails that were exchanged? Was this Hunter Biden's laptop? I hear you calling it a false story. There's no evidence that it's false or made up. But how does Joe Biden respond to that?"

"I'm sure Vice President Biden is prepared to answer those questions," Rawlings-Blake insisted. "I'm also sure that your repeated bringing these emails up is — as the FBI said — a possibility or an interest of the Russians to interfere with our election."

"And I understand while it seems like an interesting story, I have no interest in helping Russia interfere with our election," she added. "They did it in 2016 and we will not have it done again."