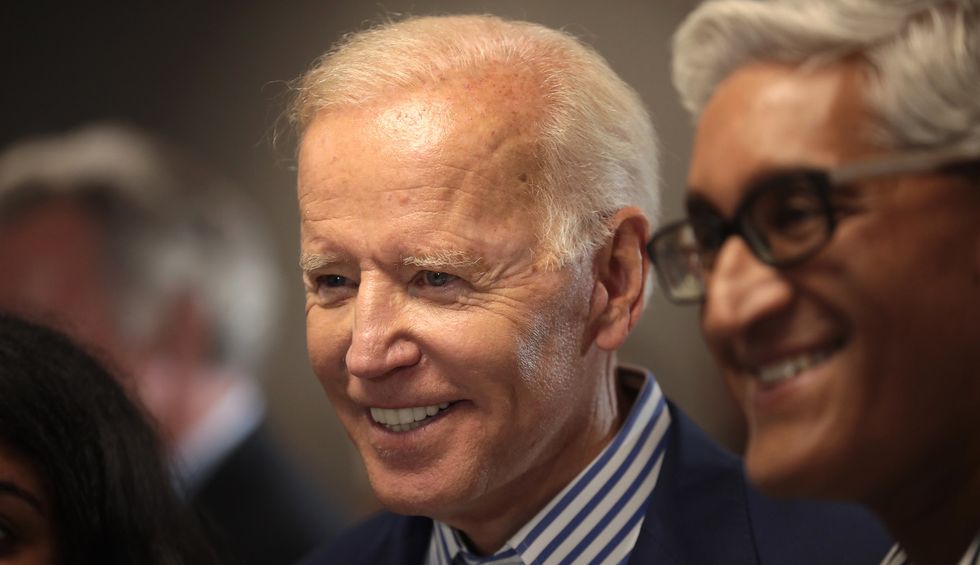 Joe Biden is already benefitting from eating into key Donald Trump support among seniors and white voters. But now there's evidence that younger voters—who largely side with Democrats—could turn in numbers not seen since Barack Obama jazzed the demographic back in 2008, according to the Washington Post's Greg Sargent.

A new survey of 18-to-29 year olds from the Harvard Kennedy School Institute of Politics not only showed Biden leading among the demographic by 33 points, 60%-27%, it also found nearly two-thirds of those voters (63%) saying they will "definitely be voting."

Both numbers represent a marked improvement from 2016, when Hillary Clinton only garnered a plurality of support from the group at 49% and only 47% said they "definitely" planned to vote.

Chase Harrison, acting director of the Institute of Politics poll, says the results this year compare favorably to the dynamics of 2008, which saw the highest youth turnout since 1984. Not everyone who says they will vote actually ends up voting. Even so, the 48.4% of eligible youth voters who did turn out in 2008 was historic and helped drive Obama’s rise to the nation’s highest office. “I would assume that we should see actual turnout among 18-to-29 year-olds similar to actual turnout in 2008,” Harrison said.

"More than 15 million young Americans have turned 18 since the last presidential election," adds Mark Gearan, director of the Institute of Politics at Harvard Kennedy School. Given the fact that the Gen-Zers are facing the cataclysmic forces of a global pandemic, economic instability, and a national reckoning on race, Gearan says, “Young Americans are seeing first hand how their government impacts their day-to-day lives and they are ready to make their voice heard in this election.”

The one potential hitch in the survey data was the finding that 44% of Trump's youth voters were excited about voting for him, while just 30% of young Biden voters said the same. Nonetheless, Biden is winning the demographic by nearly 2-to-1.