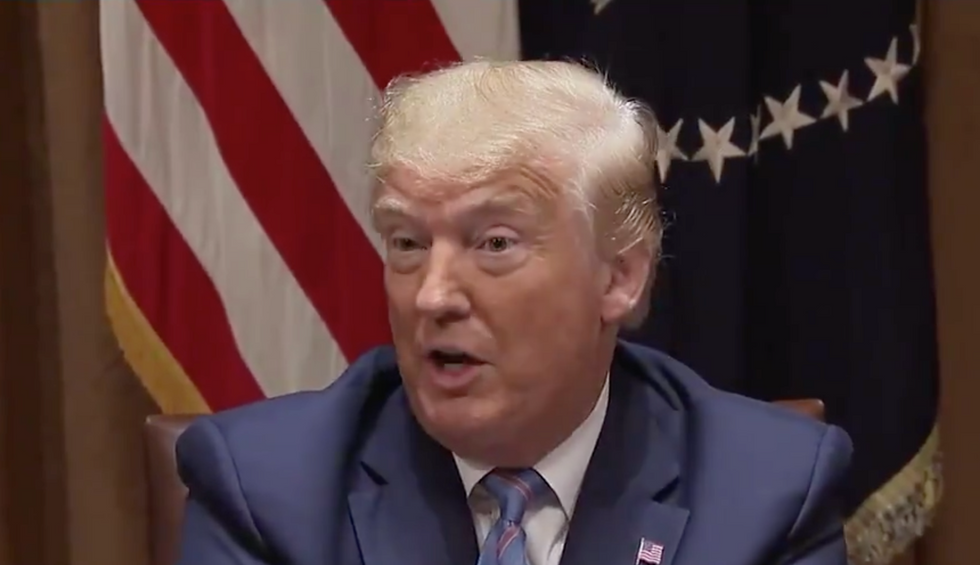 Obviously, politicians aren't always honest. They spin, and sometimes lie outright. But Donald Trump, who once told reporters that his supporters had gotten soaked waiting for him in the rain on a day when there was no precipitation in the area, is in a league of his own. Through July 9, The Washington Post had tallied 20,055 "false or misleading claims" Trump had made in his 1,267 days in office, which averages out to just under 16 per day. That isn't easy to do.

There has been some debate about whether, or to what degree, Trump is a compulsive liar who just can't help himself, or a strategic one who lies to keep his base engaged and knows that the conservative media will back him up regardless of what he says.

Personally, I have never encountered anyone who argued that Donald Trump believed his own falsehoods to be true. But according to Bob Woodward's new book, Rage, that's what Dan Coats, Trump's former Director of National Intelligence, believed. CNN, which obtained an advance copy of the book, reports that Coats is quoted as saying of Trump: 'To him, a lie is not a lie. It's just what he thinks. He doesn't know the difference between the truth and a lie."

One might think this was just a throw-away line, but it came in the context of Coats talking to Trump's former National Security Adviser, James Mattis, about the threat Trump posed to the United States.

Woodward recounts a revealing conversation between Coats and Mattis. After Mattis had resigned, he and Coats discussed whether they might have to "stand up and speak out" and "take collective action."
"He's dangerous," Mattis said. "He's unfit." Mattis is quoted as saying, "We can't let the country keep going" on this course, Woodward writes. "This is dangerous."

According to The National Institute of Mental health, psychosis--which is a symptom of a range of mental illnesses rather than a discrete condition--is a word "used to describe conditions that affect the mind, where there has been some loss of contact with reality."
I wouldn't say this anecdote is definitive. It's just Coats's opinion. Trump has always been a bullshitter, so it's pretty clear that he doesn't believe that all of his lies are truths. And we should also avoid blaming Trump's perfidy on mental illness, which is often unfairly stigmatized in our society.
But the possibility that in at least some cases, the guy with the nuclear codes actually "doesn't know the difference between the truth and a lie" is both intriguing and pretty disturbing.