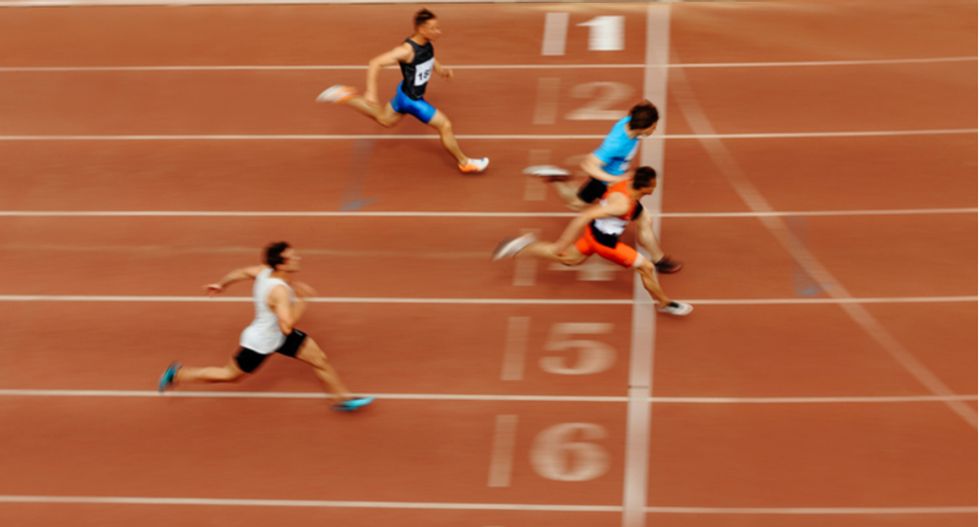 In the post-Labor Day sprint to the election, predictions of each side’s chances will be built on an assumption that’s so reasonable and so commonplace that no one gives it a second thought: that “victory” means achieving 270 Electoral College votes.

It doesn’t. The goal line has moved.

Instead of defining winning as one candidate edging across the 270 line, we have to think about something a lot more profound and disturbing – what it will take to avoid catastrophe? And make no mistake: we are surprisingly close to one, and the odds of avoiding it are a lot lower than the odds of getting to 270 would suggest.

That is because potential catastrophes include not just the prospect of Donald Trump winning, but also the real possibility of a complete breakdown of the American political system.

One definition of a successful democracy is the ability to conduct exercises of power – especially transfers of power through elections – in which the losing side accepts the result. This depends on three factors.

One is a political process that keeps election winners close enough to the mainstream of public opinion that the losing side can bear losing. But that is not happening. New dynamics in our politics mean that Trump can maintain a political existence so far outside the mainstream that more than half of America finds him intolerable. The rise of negative partisanship, where hatred of the other side becomes the main political motivator, has helped make Trump historically popular among Republicans while being reviled by Democrats and intensely disliked by independents. The majority of voters dislike Trump’s approach on every issue except the economy, frequently by wide margins, and find his behavior largely unacceptable.

The second is the trustworthiness of the elections themselves. Trump has done everything he can to undermine the credibility of the vote and portray the entire election as rigged. Unfortunately, it has worked: recent polls have found that half of the country – including 80 percent of Republicans – now believe that there will be widespread fraud, especially in mail-in voting.

The third is that there is no critical mass of support for violent alternatives to the democratic process. But Trump has defended acts of politically-motivated violence (as long as they are on his side), following on a long history of encouraging “second amendment people” to punish his political rivals, gun-toting extremists to “LIBERATE” their states from Covid lockdowns, rally supporters to rough up opponents, and police to shoot protestors who are, after all, his political opponents. While Biden has denounced violence in all forms, it is clear that political tensions are at close to the breaking point – so it is not a stretch to see the losing side explode despite, or because of, the exhortations of their candidate. That’s especially true if Republicans steeped in gun-culture are the ones who come up short.

With these pillars of democracy becoming fully cracked, the possibility of a complete collapse of the American system of government is now very real. Top experts see a number of ways that this election could totally fall apart. In his book Will He Go?, Amherst College professor Lawrence Douglas lays out three such pathways to a total meltdown. In another study, a bi-partisan group of experts examined four different election outcomes – a resounding Biden victory, a narrow but clear Biden victory, a narrow Biden win based on a close margin in only one state, and a convincing Trump victory. They found that only the first would lead to a likely handover of power without significant turmoil. Three out of four would lead to system-shaking problems; two out of four would lead to a total standoff with no clear way out.

Which brings us back to the goal line in this election. In all but a clear Biden win – one based on sound margins across multiple states – we face the actual prospect of a systemic breakdown, possibly one that cannot be resolved.

But that is around the spot where voters can start to feel reasonably safe from catastrophe. The post-November 3 battle will be shaped by two forces – public perceptions and litigation (for more on how Democrats can win both, see here). We already know that because absentee and provisional ballots tend to break toward Democrats (a dynamic that election scholar Ned Foley dubbed “Blue Shift”), it is likely that Trump will appear to be ahead on November 3 (now called “Red Mirage”). As we saw in the Florida 2000 mess where Bush ended election night ahead, public perceptions could become badly skewed by early tallies. And we also know that there will be an immediate Republican legal assault to discount mail-in ballots in closely contested states – if we are waging that war in only one tipping point state, it will take just one bad set of judicial rulings to turn the entire election.

Simply put, each additional state in the winning column would not only reinforce the public credibility of a Biden win, it would also dramatically decrease the chances that rogue election officials or partisan court rulings can swing the outcome. As a thought experiment, if you are a Democrat, ask yourself if you would have accepted the 2016 result if it were based on one close state. The fact that there were three giving Trump his winning margin – even though they were razor thin – made an enormous difference.

What does this all mean in terms of how we think about the election? The most important thing is that the chances of success are a lot lower than it looks according to popular forecasting models right now. Most currently predict a 70 percent to 86 percent chance of Biden surpassing the 270 threshold (here, here, here, and here). But the number of model results that fall into the “avoid catastrophe” range is actually 15 to 20 percent lower. A forecast that predicts only a 75 percent chance of Biden reaching 270 Electoral Votes should be troubling enough. But that same forecast saying that we face little better than a 50-50 chance of avoiding catastrophe is downright sobering.

It also changes how we think about “tipping point” states. If Biden achieves a win that depends on one or two close results, there is a big difference between the margin resting on states like Florida with its unified Republican control, governorship in the hands of Ron DeSantis--who won after running an ad teaching his children about undying love of Trump), and penchant for trying to manipulate the voter rolls--versus states like Pennsylvania and Michigan that are in Democratic or mixed partisan hands and have a much better record of playing it straight. For another thing, Nate Silver recently said that the outcome in Texas may not matter that much because it is unlikely to be the tipping point state. But if we understand that 270 isn’t good enough, states like Texas could matter a great deal.

None of this is intended to be disheartening. It is intended to apply some clear-eyed realism. This is what America is up against. We have to at least know what we’re dealing with.