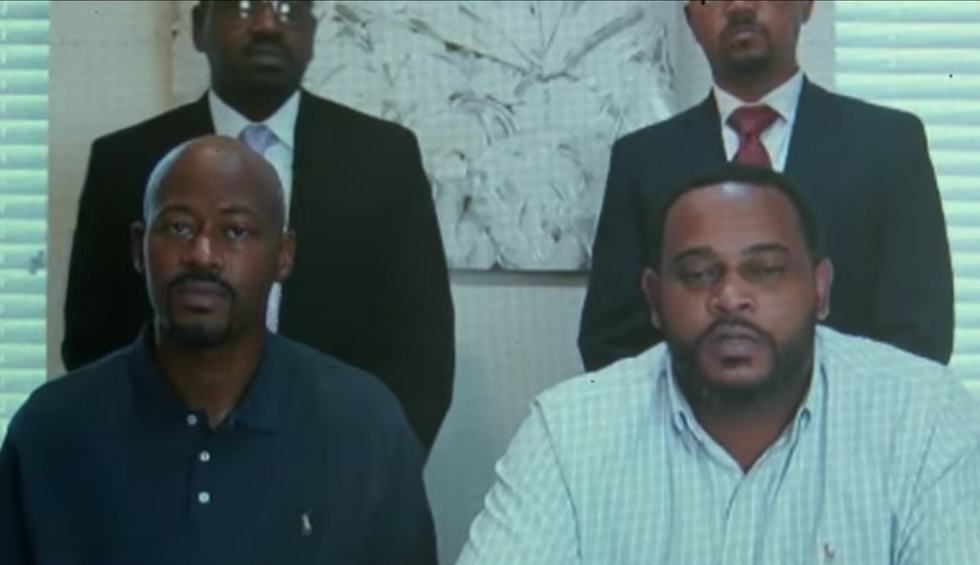 Charles McMillon Jr., his 10-year-old son, and Kendrick Clemons had just dropped off a U-Haul van at Fountain Plaza parking lot, in Tallahassee, Florida, when suddenly bullets began whizzing around them. McMillon and the two others were reportedly sitting in the truck, typing in mileage onto the app, the way rentals like this work, when Wallace Fountain and his wife, Beverly Fountain, began shooting at them. Luckily, McMillon quickly drove off before anyone got hurt.

According to the Tallahassee Democrat, the Fountains are the owners of the strip mall and had decided to set up a vigilante sting, hiding inside of another U-Haul vehicle. The couple told authorities that they did this in order to stop people from syphoning off and stealing gas. Of course, McMillion, his son, and his friend weren’t doing anything illegal. In fact, they seem to be the only group of people in that parking lot following the law.

The Fountains are facing charges of aggravated assault. It seems that a Tallahassee police officer was parked in the same strip mall when he heard the shots and was able to verify that nothing out of the ordinary was happening between McMillon, his child, and their family friend.

"The driver then parked the GMC by the U-Haul and based on their interactions, I assumed both parties knew each other and the gentleman driving the GMC was picking up the driver of the U-Haul," the officer wrote in the arrest report. "Their actions were normal, nothing out of the ordinary."

According to the Fountains, they were not shooting at the family, but in the air, “only to scare the individuals they suspected were stealing gasoline." According to the police, the Fountains were carrying three pistols in hand at the time, with a shotgun in their stakeout U-Haul, along with an additional two magazines of ammo.

McMillon and Clemons are now suing both U-Haul and the Fountains over the ordeal, saying they hoped to bring more light to how Black citizens are living. Clemons told reporters that “We’re hopeful now more than ever that this country finally sees that Black lives do matter. This isn’t just a movement. This is a way of life for millions of minorities, a way of life in which we are targeted by police, the justice system and civilians all because we ‘fit the description.’"

As Clemons has also pointed out, the Fountains, while having to surrender their firearms, are out on bail, something that exposes the two Americas people live in. “If we’re the ones shooting at them, we would still be in jail right now, probably with no bond, probably with intent to kill. But they got to walk free."

Beverly Fountain, who, according to Essence, worked as secretary for the state attorney’s office until 1996, said this wasn’t a race issue. “Were they Black? We weren’t going off on that at all. You’ve got vandalism and theft going on at your property. Trying to protect your property—that’s the only issue.”

So, these two heavily armed property owners began shooting off their guns without seeing anyone. They didn’t know what color the people were, and while one of those people was literally bringing back the U-Haul, which is what you are supposed to do after you have finished with your rental time, the Fountains decided to try and scare them off?

The reason we have laws against vigilantism is because it is dangerous. But it is important to understand that there is no such thing as a Black vigilante in the American imagination, only white ones. A Black person taking “the law into their own hands” is simply a criminal, a felon, or a “thug.”