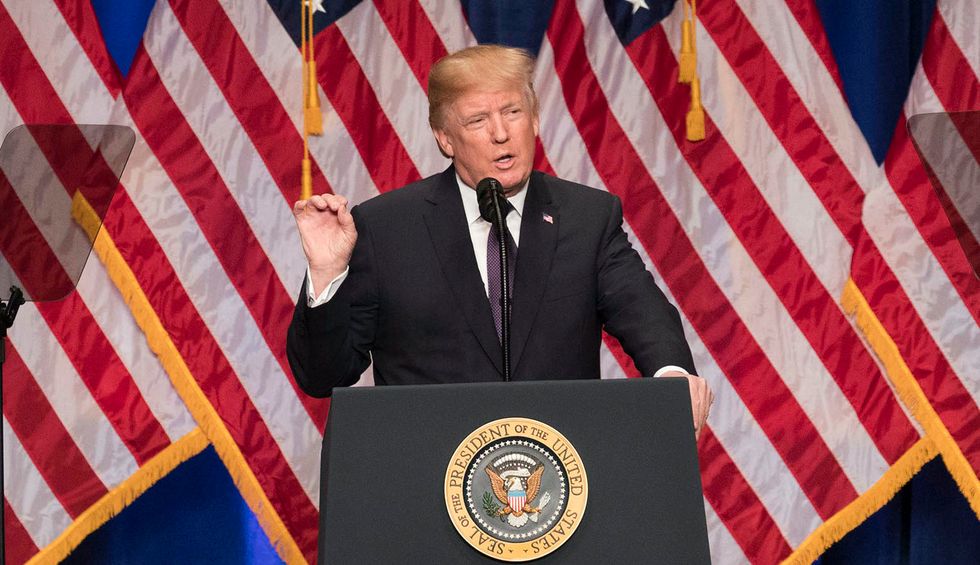 In a series of campaign stops, President Donald Trump has in recent days let slip disturbingly candid and revealing admissions on at least three different issues, each one of which would be a stunning revelation and scandal for any other president. But for Trump, the outrages and scandals are so constant that they just fade into the background noise. So these three moments didn't receive much widespread outrage, though they did garner some media coverage.

It's worth focusing on each of them, though, because they're important for understanding the president and the current state of American politics — even if we've lost the capacity to be shocked by Trump.

Here are the three moments:

Trump lashed out at Republicans, surprisingly, but for a very in-character reason: He thinks they haven't gone after Democrats enough.

"I’m so angry at Republicans. I am," he said, as Politico reported.  "I’m so angry. I am so angry, but a lot of things are happening.”

He fumed about Obamagate — the made-up scandal Trump has tried to concoct about former President Barack Obama and former Vice President Joe Biden supposedly spying on him. Attorney General Bill Barr has led an investigation in the Justice Department examining the origins of the Russia investigation, though I've argued there are signs he'll disappoint the president. And Trump apparently hopes to see more progress on the Senate Republicans' investigation of Biden, his son, and Ukraine, despite the fact that the inquiry seems almost entirely based on Russian disinformation.

The president essentially admitted that he thinks he needs the federal courts to win the election.

"We're counting on the federal court system to make it so that we can actually have an evening where we know who wins, OK," Trump said on Saturday. "Not where the votes are going to be counted a week later, two weeks later."

There's no requirement that the election be called on Election Night itself, so demanding that the courts intervene at that time is a clear sign that Trump is desperate. He also surely knows that many election experts expect, at least in some states, that the initial vote counts are likely to favor Trump even if mail-in ballots shift the race toward Biden as they come in over the following days.

But what's most revealing about the remarks is that Trump admitted he had no interest in actually getting an accurate vote count. He doesn't care if it takes a week to two to make sure all the votes are counted — he just wants to be declared the winner.

"We're gonna have a victory on November 3rd the likes of which you've never seen. Now we're counting on the federal… https://t.co/EAwYSiIZaJ
— Aaron Rupar (@Aaron Rupar)1600557879.0

Trump went on the attack against immigrants and refugees in Minnesota, which is hardly novel for him. But he also combined it with one of his creepy obsessions that hasn't gotten as much attention as it should: genetics.

Combined with his attacks on refugees — including Rep. Ilhan Omar, whose family came from Somalia — these remarks reflect an implicitly or explicitly white supremacist ideology, which holds that white people are genetically superior to other races. Trump's invocation of the "racehorse theory" — the idea that humans can be bred for traits like racehorses — is particularly telling.