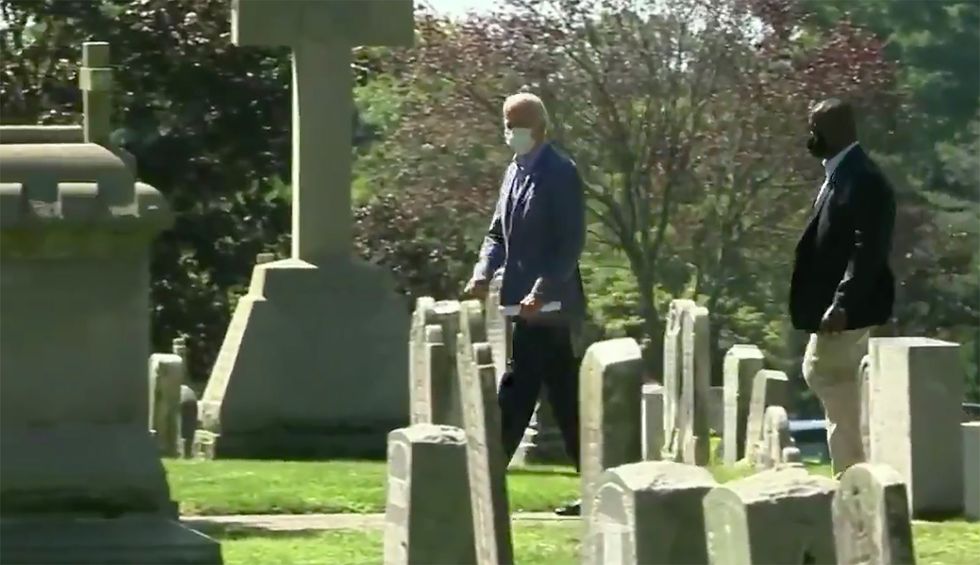 Over the last week, one of the biggest stories in the country has focused on President Donald J. Trump’s demeaning of veterans. With multiple confirmations, CNN, Fox News, and NBC News, along with the originator of the story, the Atlantic, confirmed that Trump had made just those references during a trip to Paris, France during 2018.

The Trump campaign has denied this, of course, but the heart of this story is: how does the campaign prove that it would never endorse such a thing? Could the campaign show a moral center that recognizes that this is not a campaign problem, it is a character flaw that cannot be resolved with a sound byte? No. In fact, while denying the problem entirely, the Trump campaign stooped to incredible lows today, and it should sicken most Americans.

What he doesn’t mention: This is the cemetery where Beau Biden, a proud military veteran, is buried. This is after religious services. This is what good parents do when they are tied to their community and remember those who put their life on the line.

The Trump campaign shows that they have no moral center, none at all. While they denounce the fact Trump is accused of mocking veterans, they take time to get on Twitter and attack a father of a veteran for visiting the grave of his son.

This isn’t just deplorable. America does need unity. One thing most had always considered a unifying force is that campaigns do not attack each other’s children, they don’t attack personal, private losses. Those moments are just off-limits.

The Trump campaign just put out a political attack on mourning your own son.  Seriously, who do these people think they are?