South Dakota's GOP state attorney general reported hitting a deer with his car. He actually hit and killed a man 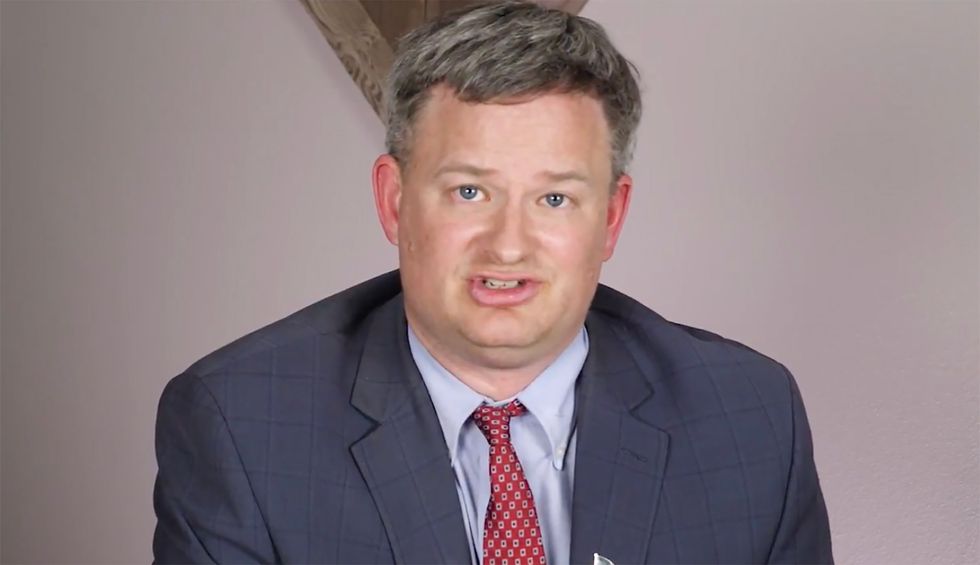 The Republican Attorney General of South Dakota was involved in a fatal auto accident late Friday night. Jason Ravnsborg reported to police he had killed a deer on the highway, but the body of a 55-year old man, Joe Boever, was found Sunday morning.

That detail was left out of initial reports, including the Sunday evening announcement of the deadly crash made by Republican Governor Kristi Noem.

It is not known at what speed Ravnsborg was driving but the Argus Leader reports Ravnsborg was ticketed six times from 2014 to 2018 for speeding. He also has other auto-related citations, including driving without a seat belt.

“The attorney general hit my cousin as he was walking down the side of the road and killed him,” Victor Nemec says.

Ravnsborg was on his way home from a Republican fundraising dinner when he hit and killed Boever. The fundraiser included a raffle for a MAGA “.45 Trump handgun,” the GOP group announced:

The attorney general’s spokesperson “said Ravnsborg ‘drinks lightly’ and he doesn’t think he was drinking at the event,” the Rapid City Journal adds.