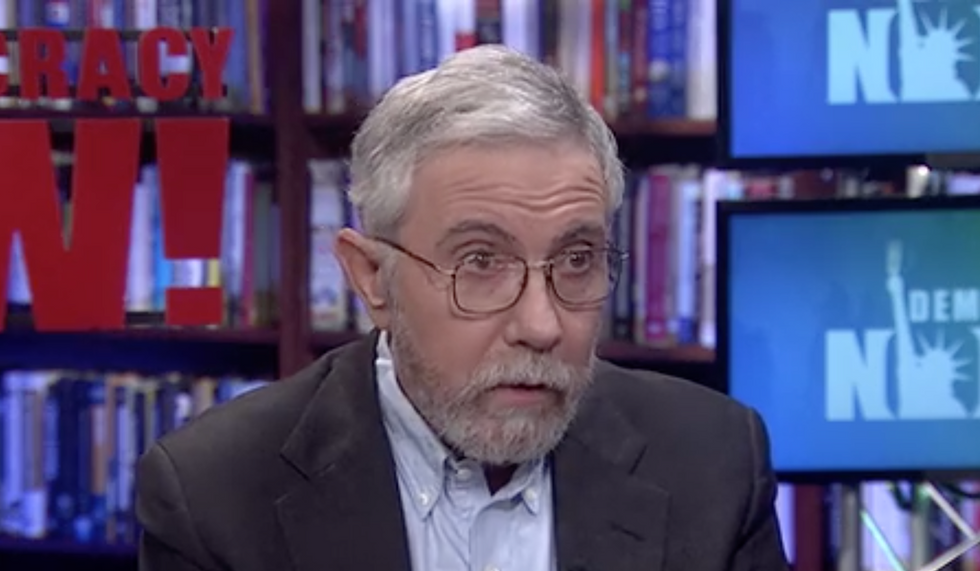 If President Donald Trump and Senate Majority Leader Mitch McConnell — following the death of Justice Ruth Bader Ginsburg on Friday — are successful in ramming a far-right Supreme Court nominee through the U.S. Senate, it is entirely possible that the Affordable Care Act of 2010, Obamacare, will be abolished. Republicans, unable to repeal the ACA via Congress, are hoping that the law will be struck down as unconstitutional.

But while they have claimed that Obamacare is a burden for the country, there's a good reason why they haven't had enough political will to tear it down through Congress. Economist and New York Times columnist Paul Krugman argued in a Twitter thread on Monday that Obamacare has been beneficial overall and why Republicans have been wrong about it time and time again.

“In terms of policy, the immediate impact of the Supreme Court fight is most obvious on the fate of Obamacare,” Krugman explains. “So worth remembering what Rs declared about the ACA: It wouldn’t work, it would kill jobs, and it would explode the budget deficit. How did it turn out?”

In terms of policy, the immediate impact of the Supreme Court fight is most obvious on the fate of Obamacare. So wo… https://t.co/7ThdOt5MAs
— Paul Krugman (@Paul Krugman)1600625459.0

Krugman goes on to present data about the effects of Obamacare, noting that it “went into full effect in 2014.”

Krugman goes on to show that Republicans were way off base when they claimed that Obamacare would harm job creation: unemployment went way down during Obama’s second term. And Krugman notes that Obamacare’s effects on the federal deficit were “modest, because most uninsured were relatively young and hence cheap.”

“The point is that we shouldn’t just criticize Rs for not having a replacement (and lying about it),” Krugman concludes. “Their critique of O'care has also been wrong every step of the way.”

The point is that we shouldn't just criticize Rs for not having a replacement (and lying about it). Their critique… https://t.co/ttaKqUhyfy
— Paul Krugman (@Paul Krugman)1600625890.0