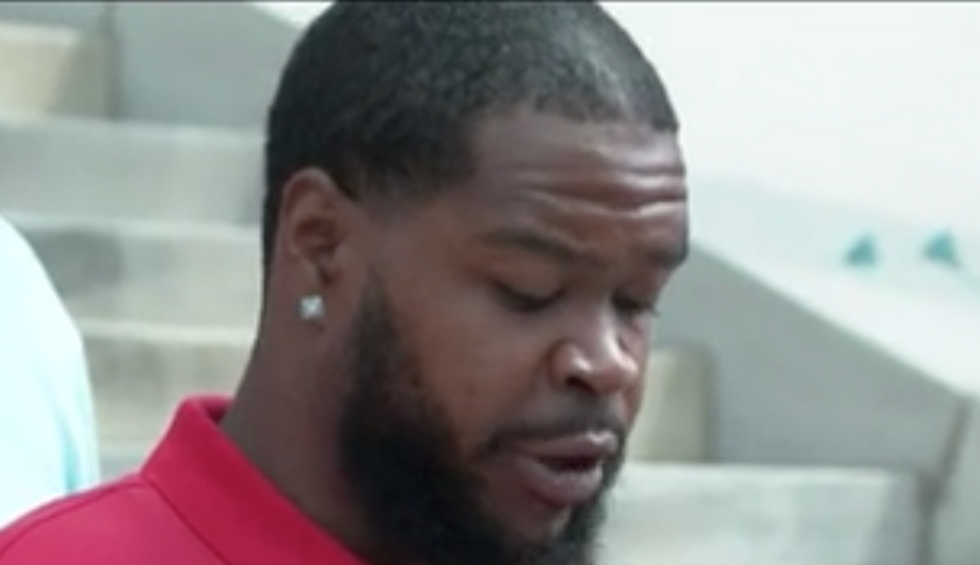 Although a Kentucky prosecutor denied Monday that his office tried to draw up a messy plea deal linking Breonna Taylor to a drug arrest after her death, the details of the offer sure do appear to give an out to the cops who shot and killed Taylor in a botched drug raid. Jefferson Commonwealth's Attorney Tom Wine vehemently denied that he supported an early draft of the deal initially obtained by the Louisville Courier Journal. It claimed on April 22 that Taylor was a co-defendant in a drug case against her ex-boyfriend Jamarcus Glover—the problem, of course, being that Taylor was killed a month earlier on March 13.

“Our office has not and does not posthumously indict any person who is deceased,” Wine said in a media statement Monday, which also includes a finalized plea offer presented to Glover in July.

Wine said in the media statement that before the plea proposal was finalized, Glover implicated Taylor in warrants and jail phone calls, but Taylor was never included as a co-defendant in the case presented to the grand jury. Wine said the draft floating around social media is part of “preindictment plea negotiations” that were “never part of the court record.”

“When I was advised of the discussions, out of respect for Ms. Taylor, I directed that Ms. Breonna Taylor's name be removed," Wine said in his statement.

The plea agreement prosecutors ultimately offered Glover included 10 years in prison, stated as fact that he used Taylor's apartment "to store proceeds from the trafficking operation," and required him to admit to listing Taylor's apartment as his address on his bank account.

Glover told the Courier Journal last Wednesday that Taylor was not involved in any way in any illegal drug trafficking and that the no-knock warrant used to justify the raid was wrong. "The police are trying to make it out to be my fault and turning the whole community out here making it look like I brought this to Breonna's door," he said. "There was nothing never there or anything ever there, and at the end of the day, they went about it the wrong way and lied on the search warrant and shot that girl out there."

Sam Aguiar, an attorney for Taylor's family, posted the draft on social media Monday, calling Wine "desperate" to "justify the wrongful search" of Taylor's home, her killing, and her boyfriend Kenneth Walker’s arrest. “Thank god his office recused itself, as we sure as hell know what they would’ve done. And shame on that office,” Aguiar said in the post. “Breonna Taylor is not a ‘co-defendant’ in a criminal case. She’s dead. Way to try and attack a woman when she’s not even here to defend herself.”

When officers smashed through Taylor's door, Walker, who was home at the time, fired a "warning" shot that allegedly hit Sgt. Jonathan Mattingly in the thigh, the Courier Journal reported. Walker has since maintained that police did not identify themselves, so he thought an intruder was trying to break into the home. Mattingly shot Taylor five times and has since been "administratively reassigned with two other officers involved in the raid,” the newspaper reported. Officer Brett Hankison, who is accused of blindly firing 10 shots into Taylor’s home during the raid, was fired, the Louisville police department said in his termination letter.

Walker was charged with attempted murder of a police officer and indicted on March 19, WFPL radio reported. "I was raised by a good family. I am a legal gun-owner and I would never knowingly shoot a police officer," Walker said during a press conference Tuesday. "Breonna and I did not know who was banging on the door, but the police know what they did. The charges brought against me were meant to silence me and cover-up Breonna's murder. For her and those that I love, I can no longer remain silent.”