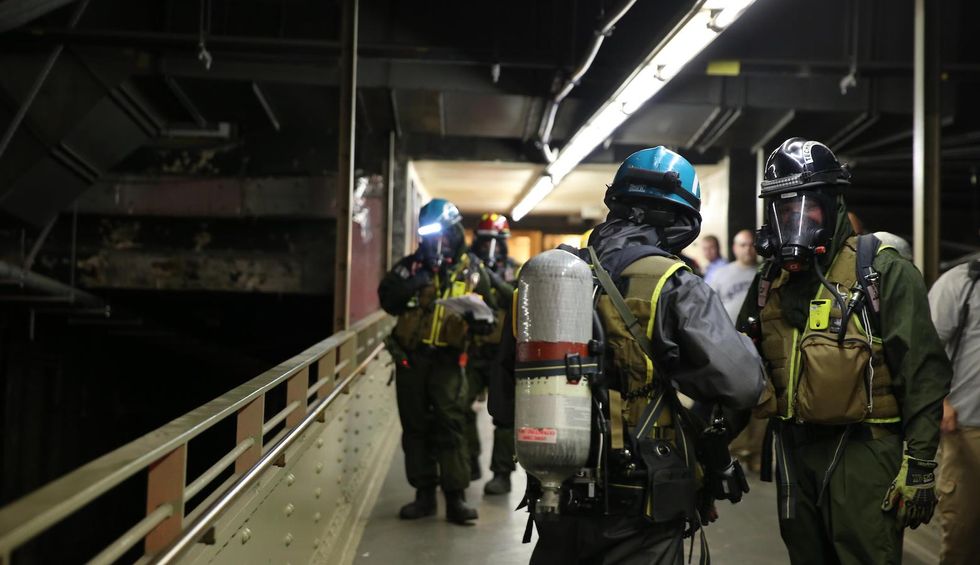 On 9/11, many political officials—people like Donald Trump and Mike Pence—make appearances around the country. They make speeches and take solemn photographs near memorials. They make it a point to remind people how brave our country’s police and fire departments and other first responders are. Now The New York Daily News has a depressingly explosive story about the Trump administration’s way of remembering.

According to the report, millions of dollars have been withheld from the Fire Department of New York’s (FDNY) World Trade Center Health Program, a program that was set up exclusively for them and which “tracks and treats FDNY firefighters and medics suffering from 9/11 related illnesses.” How much money? Where has it gone? Why have they done it? All of these questions have been pursued since the beginning of the Trump administration when the program’s director, Dr. David Prezant, first started seeing hundreds of thousands of dollars being “docked” by the U.S. Treasury.

Prezant says there has never been an explanation, never even a warning that this money, which goes to serve the men and women who have suffered and continue to suffer from serious medical issues on behalf of serving our country, was being withheld. It is important to note here that more people have died from 9/11-related illnesses than died on 9/11. No fewer than 200 firefighters have died due to their exposure to the tragedies of 9/11.

The program has been able to continue running as the funds have been floated by the Fire Department, which has been handing over the money with the understanding that the federal government must give it back to the people it was allotted for at some point. According to Prezant, the only partial and mysterious explanation he’s been able to get after years of silence is that the Trump administration has been in some sort “unrelated feud” with “some other agency in the city” over Medicare bills.

New York Rep. Max Rose tweeted: “There is not a single excuse that can justify defunding medical treatment for our heroes suffering from 9/11-related illnesses.” He’s right, but the current administration is such a con at this point that all one needs to do is read about how Trump and Treasury Secretary Mnuchin have handled the majority of the COVID-19 stimulus, at the expense of people like disabled veterans. Calls from Republican Rep. Peter King and Democratic Senate Minority Leader Chuck Schumer for answers and action have not yet been answered.

The president of the Uniformed Fire Officers Association, Jake Lemonda, told the Daily News: ‘”I’m not sure what quite what to make of this other than it’s despicable. We’ve fought very hard for many years for these funds to provide proper medical treatment for our sick and injured. The withholding of these funds without a legitimate explanation is inexcusable.”