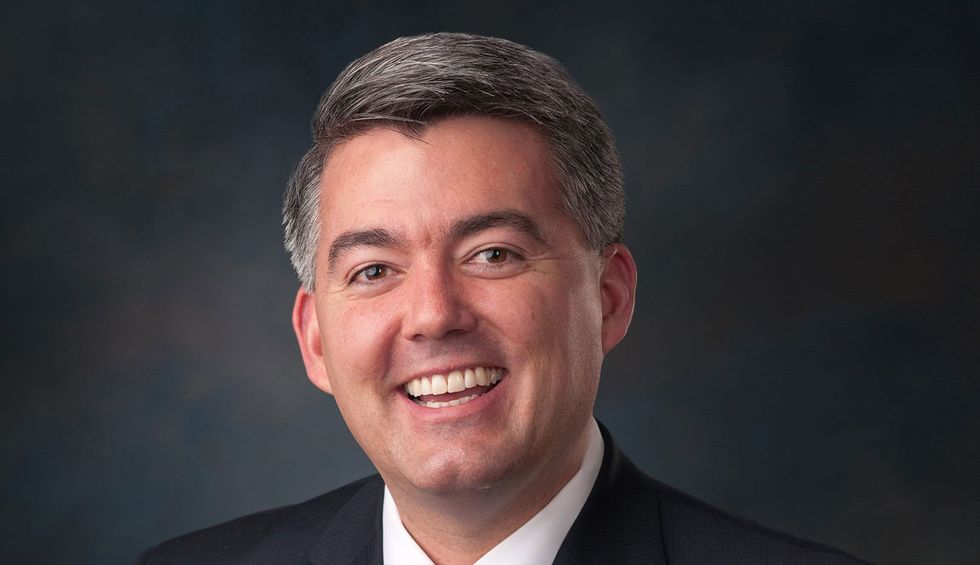 Despite consistent recommendations from healthcare officials in the U.S. for individuals to wear masks and avoid large gatherings in an effort to decrease the spread of the novel coronavirus, some Americans continue to do otherwise. Republicans nationwide are encouraging this behavior by allowing and attending events that lack both social distancing efforts and masks, even when state mask mandates are in place.

In Colorado, despite a state mandate requiring face coverings to be worn by individuals over 10 years of age, both Sen. Cory Gardner and Congressman Ken Buck were spotted spending their weekend not wearing masks. Not only were the two Republican officials themselves maskless, but the event they attended included other maskless individuals all gathered to advocate for their second amendment rights.

Images of the event, taken by local media, were shared on social media by former Colorado Gov. John Hickenlooper’s deputy communications director, Alyssa Roberts. The Saturday event took place at a shooting range and was called the BBQ and Guns Rally, during which attendees were given the opportunity to go shooting. According to NBC News, in addition to Buck and Gardner, Republican congressional candidate and QAnon supporter Lauren Boebert was in attendance. Buck told NBC News that they picked a shooting range as the location to support individuals in not only advocating for their second amendment rights, but because nothing smells better than gunpowder and barbecue.

Policies regarding the second amendment have been controversial in Colorado for years. While some legislators have attempted to mandate extensive background checks and ban high capacity magazines, dozens of Colorado counties have designated themselves as “Second Amendment sanctuaries,” CPR News reported. Despite the number of shootings, the state has seen some Republican officials refuse to budge and create gun control bills using the excuse that they would violate the Constitution. “I hope that I have time to shoot. We are pretty jam-packed in our schedule,” Boebert told NBC News on Saturday. “We are going to see what we can squeeze in, and hopefully I can fire off a few rounds.”

A lack of masks and social distancing weren’t the only noticeable things at the rally. During a speech addressed to attendees, Buck wore a shirt that said “Kill em all.” Pretty interesting choice of attire to wear to a rally for open carry amid ongoing nationwide protests against police brutality and racial injustice.

But the controversy doesn’t end there. Local news outlets have been quick to notice that while some Colorado Republicans present themselves as mask-wearers on public platforms, they lack masks at conservative events. According to the Colorado Times Recorder, in multiple incidents, Gardner’s social media has depicted him wearing a mask. However, photos taken by his Republican supporters on his campaign trail often depict him maskless.

Up against Democrat Hickenlooper in the race for Congress, it seems Gardner is trying to appeal to both mask-wearing voters and those who are against masks. The outlet found that all official photos on Gardner’s social media since Colorado’s statewide order show him wearing a mask in all settings, but photos taken during the same time period by individuals outside of his campaign staff show otherwise. According to a Policy Polling survey publicized by Giffords Courage, a gun safety group, Hickenlooper is ahead of Gardner 51-42 in the polls, Daily Kos reported.