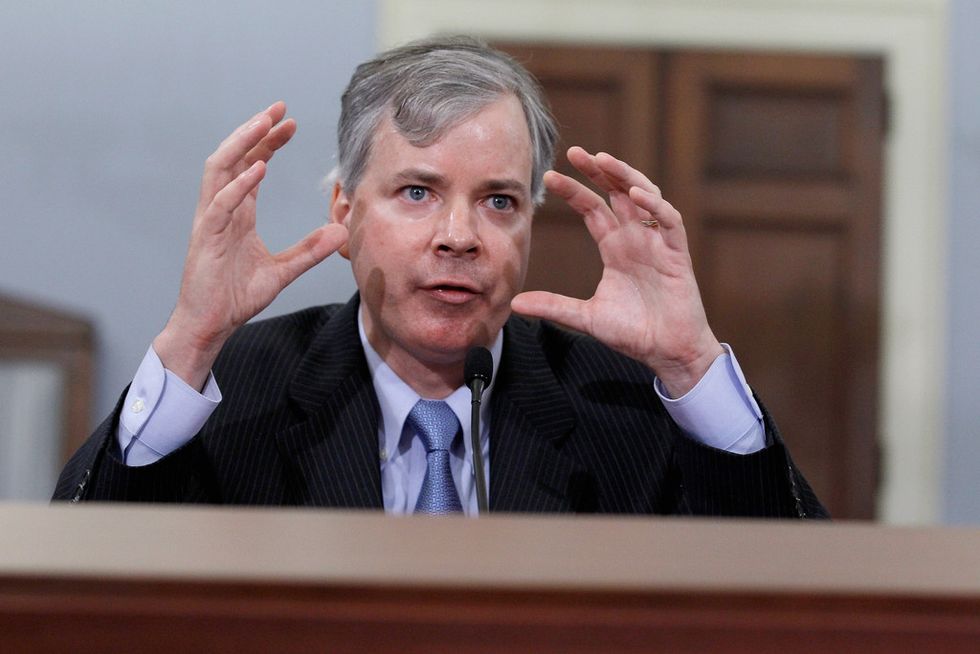 During a hearing on Thursday, September 17, Bharat Ramamurti of the Congressional Oversight Commission questioned Republican Chris Edwards on the benefits of federal aid to states. Edwards, during the hearing, questioned the benefits of that type of aid. But Ramamurti skillfully used a study that Edwards cited to make a case in favor of federal aid to states — not against it.

Ramamurti, a Democrat who was appointed to the Congressional Oversight Commission by Senate Minority Leader Chuck Schumer earlier this year, noted that Edwards has claimed that a 2019 study by economics professor Valerie Rainey of the University of California shows that a dollar of federal aid to states results in less than a dollar of economic growth. And Edwards responded that yes, Rainey’s study did show that.

A Republican witness testified today that federal aid to states wouldn’t produce much economic growth. This is what… https://t.co/WgjpNiybPq
— Bharat Ramamurti (@Bharat Ramamurti)1600379747.0

But Ramamurti offered some analysis, saying, “I actually took a careful look at the study, and it also says, later, that when monetary policy is very accommodated — in other words, when interest rates are low and will be low for a long time — government spending in the United States can generate $1.50 or more in returns for every dollar. So, as I’m sure you know, Mr. Edwards, interest rates are currently at zero. And the Fed announced yesterday that it was planning to keep them that way through 2023. So do you agree that the study you’ve cited actually suggests a return of far more than a dollar on every dollar we dedicate to state and local aid right now?”

Edwards noted that there was “a lot of uncertainty” with what Rainey said in the study. And Ramamurti responded that he had spoken to Rainey to clarify the findings of her study, noting that Rainey told him that based on the “current economic situation,” she finds that the federal return on one dollar of aid to states is likely to be “somewhere between 1.2 and 1.5.”