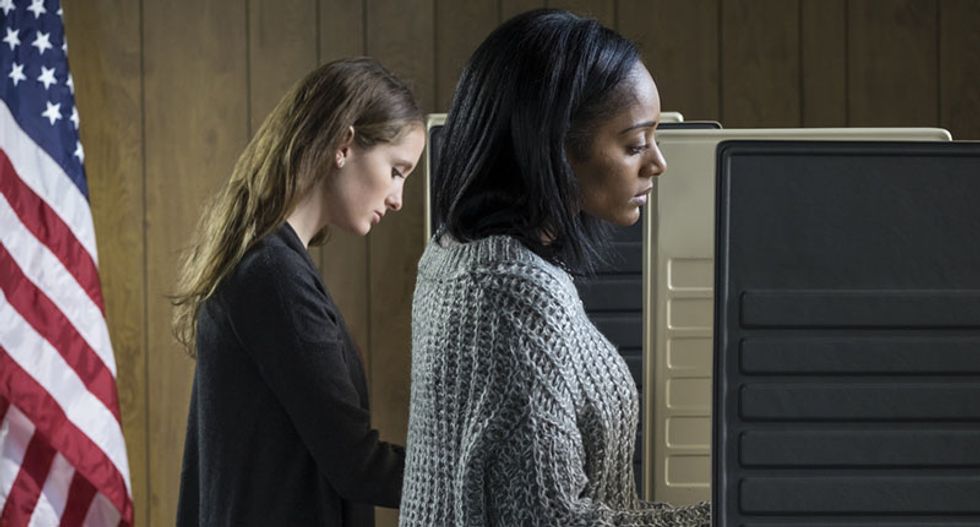 Political strategists divide U.S. voters geographically into three main categories: (1) urbanites, (2) rural voters, and (3) suburbanites. Urbanites lean reliably Democrat, while rural voters are a crucial part of the Republican base — and suburbia is full of swing voters. Reporter Zack Stanton, in an article published in Politico this week, discusses the Democratic Party’s pursuit of female suburban voters and why “the 2020 election is the story of suburban women.”

“What demographers are noticing is that America’s suburbs are growing and becoming more diverse,” Stanton explains. “And that is contributing to a massive political shift that is remaking the electoral map in lasting ways.”

In the past, many suburbs were much more GOP-friendly than the cities they were attached to. The Philadelphia suburbs of Montgomery County, Bucks County and Delaware County, in the 1980s and 1990s, had a lot more Republican voters than Philadelphia Proper — which is overwhelmingly Democratic. But recently, Democrats have been making a lot of inroads in the Philly suburbs. Similarly, Democrats have been making inroads in Houston’s Harris County suburbs, which historically, have been much more Republican than Houston Proper (a Democratic stronghold in a red state).

Anna Greenberg, a Democratic pollster, believes that the Democratic inroads in suburbia make the idea of a “blue wall” somewhat obsolete. Greenberg told Politico, “The whole concept of ‘blue wall’ states is kind of over because of these suburban shifts. Certain states are more in play for Biden specifically because of the suburbs; I’m thinking about Arizona, Georgia and North Carolina. In some ways, those states are almost better opportunities than a place like Wisconsin.”

Greenberg argues that Trumpism is alienating suburbanites and will continue to do so even if former Vice President Joe Biden defeats him in November.

When Trump obsesses over “suburban housewives,” Greenberg says, he fails to realize how diverse suburban women are.

“Suburban women are not this monolithic bloc of voters,” Greenberg told Politico. “There are really big differences based on religiosity, education level, race. Some are married, some are not married; some have kids, some don't. The assumption is that suburban women are all white, but there's a just huge diversity within this group — demographically, and in terms of opinions and experiences.”