Trump's re-election plan is straight out of the dictator's playbook 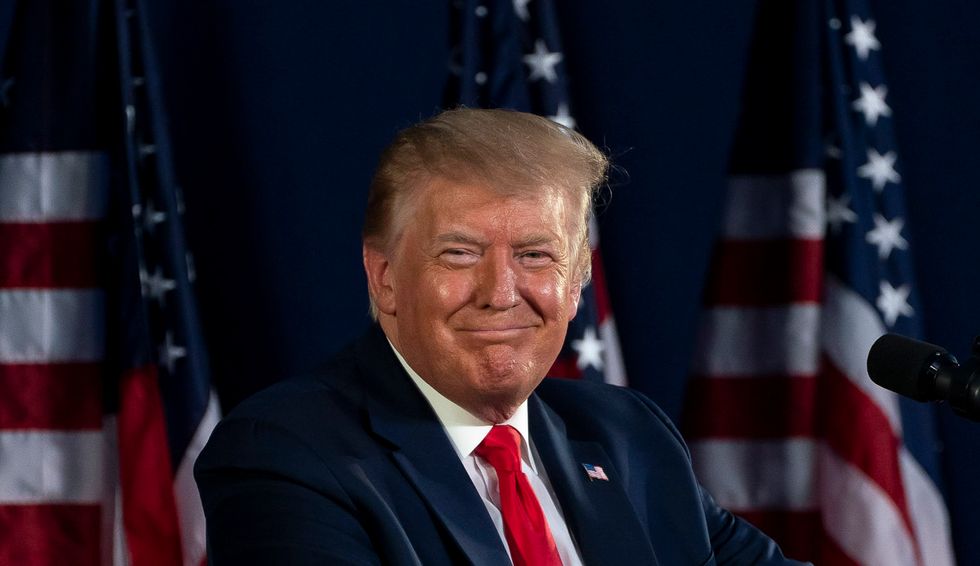 The single most consistent defining characteristic of an emerging dictatorship in a country that started as a democracy is that the dictator regularly holds elections and always wins, because he uses the instruments of government to make sure he wins.

Over at Justice, Attorney General Bill Barr has already said that he intends to investigate Joe Biden and his son's activities in Ukraine and may report on that just before the election.

Trump has seized control of the Post Office, decapitated it's senior management, and has already begun slowing down the mail and more than doubling the cost to states for mailing ballots just before we conduct an election that’ll probably be more than half mail-in.

Trump has gotten the Department of Homeland Security and various factions within their immigration police to challenge protesters for a test run in Portland, and plans to bring this crew to other cities just in time for a massive display of police power during the elections.

Trump has redirected all reporting on coronavirus statistics away from the Centers for Disease Control to HHS, run by his toady, Alex Azar. Now hospitals and public health officials, as well as news agencies, can no longer get accurate data on the severity of the pandemic in the United States.

Over at the Fed, Trump has installed Jerome Powell, a multimillionaire bankster who is not an economist and was on the board of the Carlyle Group. Powell has created about $7 trillion out of thin air, and is using it to buy corporate stocks and bonds to maintain the stock market, making it appear that the economy is not as bad as it is.

And when our intelligence agencies first reported that Russia, the source of much of Trump’s wealth cording to his own children, was already actively interfering in the 2020 election, Trump got them to change their assessment to downplay Russia and highlight that China and Iran had a "preference" for Biden. He got the intelligence agencies to omit the fact that China and Iran are not engaged in active measures, creating the false impression that there was some kind of balance among foreign actors messing with our elections.

Meanwhile, in a further tip of the hat to his racist white supporters, Trump wants to declare his candidacy while simultaneously symbolically declaring victory for the white supremacist Confederacy at Gettysburg.

As the federal government's website for Gettysburg proclaims, "Often referred to as the 'High Water Mark of the Rebellion,' Gettysburg was the Civil War's bloodiest battle..." By proclaiming his candidacy at Gettysburg, Trump would essentially be reversing the Confederacy's 1863 loss at that site.

All of these actions make it clear that Donald Trump doesn't think of himself as a President of United States, but rather as a tinpot dictator who has seized control of a country that can be turned into a Third World autocracy.

The question we will see answered over the next six months is whether Trump has taken America so far down the road to oligarchy and fascism that we can't recover.

It will take tens of millions of us showing up, speaking out, and making sure that our votes are counted to stop this train-wreck before it utterly destroys the American experiment.